Elephant cries when rescued after 50 years of captivity and abuse 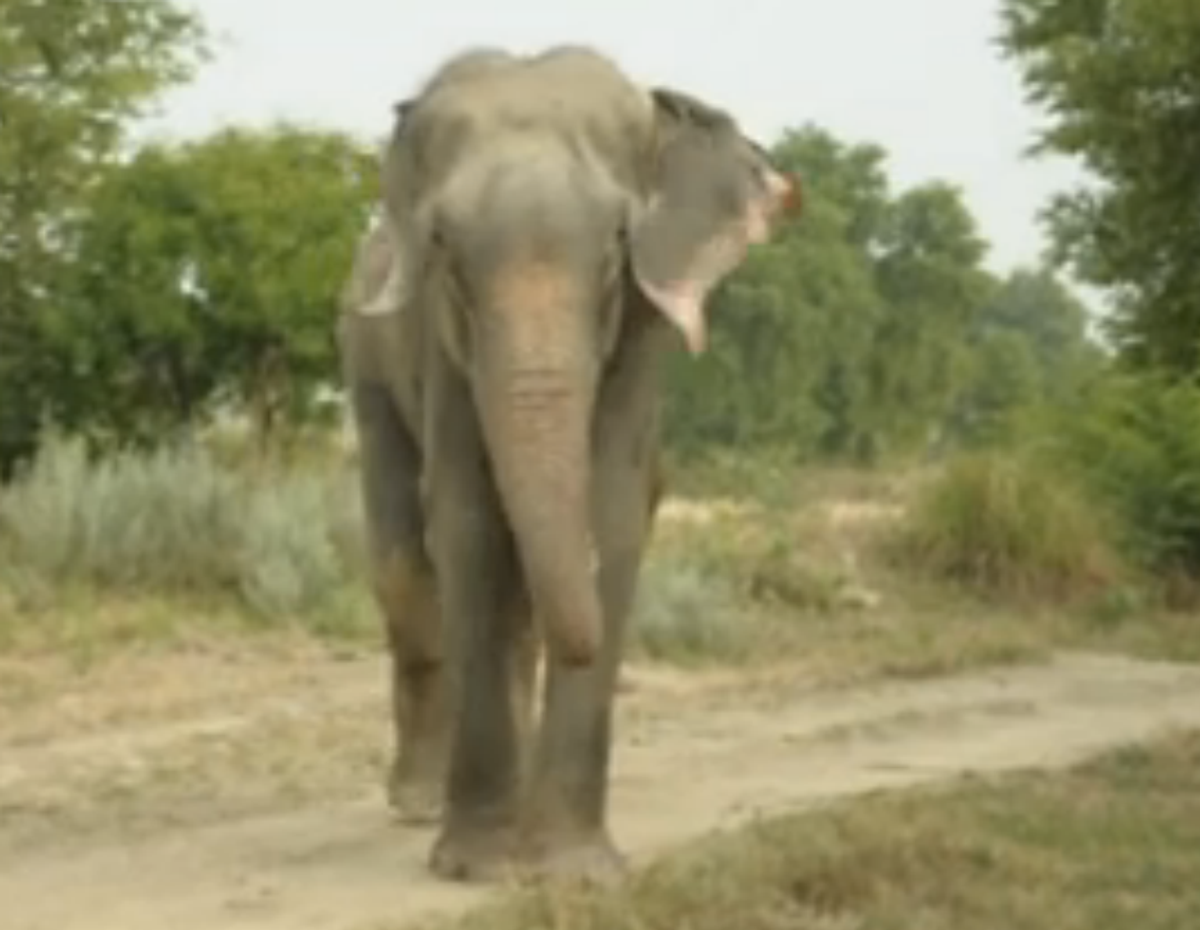 Last week Wildlife SOS embarked on a midnight mission: Save Raju, an elephant who had been held in captivity for 50 years.

It is likely that Raju had been in captivity his entire life, going through a series of different owners. When he was rescued, he was being kept in spiked chains, which made walking difficult and left Raju wounded. According to Wildlife SOS, Raju worked in Allahabad as a begging elephant. "People would give the mahout tips in exchange for 'blessings' by Raju," the organization's website explained. "Most of the food he got was inappropriate for an elephant. However, half starving, Raju would eat almost anything."

The rescue, according to Huffington Post, was not without difficulty. Raju's captors put tighter chains on the animal, and shouted commands to Raju during the rescue.

This was to no avail, and Raju was freed that night. While the chains were removed, Wildlife SOS officials reported that the elephant burst into tears.

"They [the rescue team] went in to rescue him and they [his captors] had bound him up so tightly that he was in a lot of pain," she said. "The vet and our team came with fruits and just started speaking softly to him and to reassure him that we were there to help, and it was at that time that tears flooded down his face. The founder of Wildlife SOS, who was there are the time of the rescue, said .... that really caught him off guard. They've done a lot of elephant rescues and the fact the the tears were just coming down ... he was weeping. It was an emotional moment and everyone was more motivated to get him on the truck and to safety."

Raju was taken to the the Elephant Conservation and Care Centre in Mathura, and he took his first steps of freedom on July 4. Watch the video below via the Daily Mail: