What happens when a right-wing lunatic finds himself out of work? Here's how the money starts raining down on him 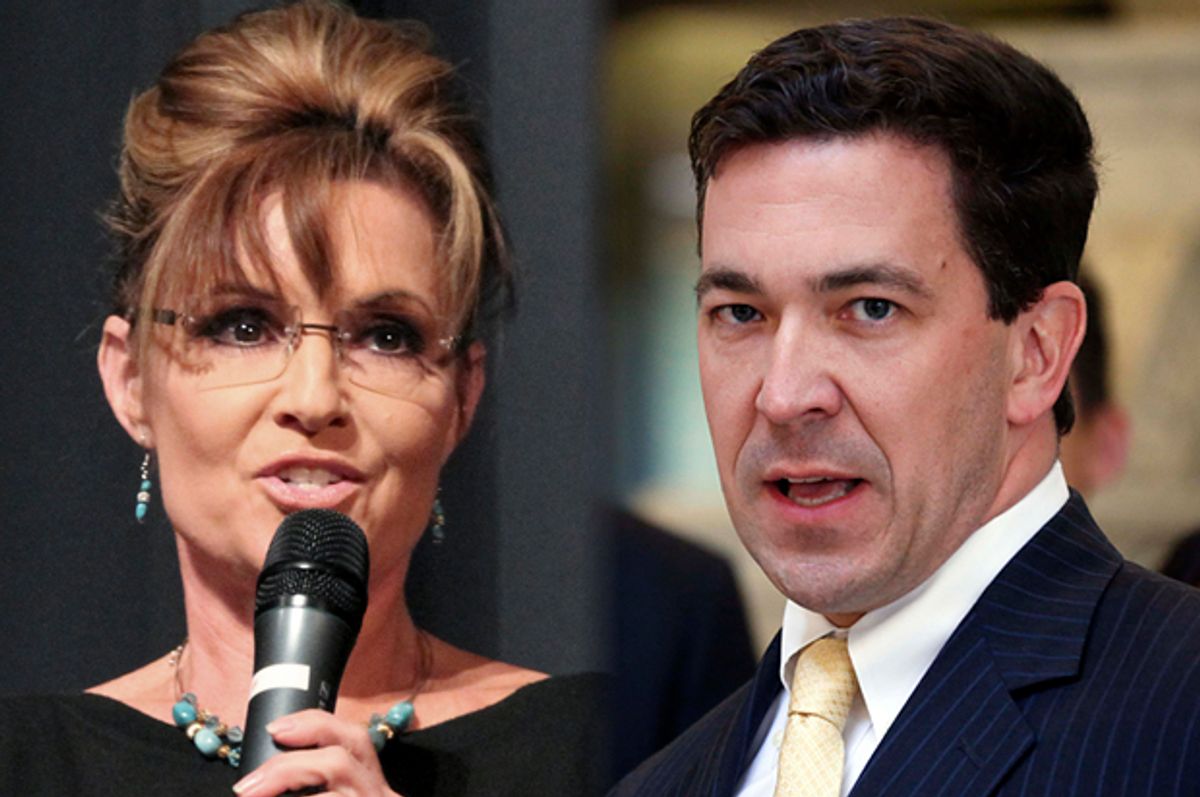 One of the great building blocks of conservative movement infrastructure over the years has been it's  "wingnut welfare" program.  If you're unfamiliar with the term, it applies to partisan journalists, unemployed operatives, unsuccessful strategists and failed politicians who land cushy sinecures at conservative organizations or sell books by the caseload to nonexistent readers as a reward for their loyal service to the cause. It's mostly for those who don't have the juice or the smarts to land the really lucrative lobbying jobs that the savvier political types walk into once their "public service" is done.

For all of its make-work characteristics, the infrastructure is actually quite vital for the conservative movement. These institutions and political celebrities keep the movement alive during low times and fuel its energy during the periods when conservatism is on the rise. The funding to keep it going isn't much when you think about the movement benefactors' vast fortunes -- it's little more than hobby money to them. And it keeps that sense of outrage always at least at low simmer, ready to burst into a full-fledged conflagration whenever necessary. It has been important to the Republican Party for more than 40 years by keeping their ground troops focused right where they need them to be focused.

So what to make of the fact that some of the Tea Party groups are reportedly getting very restive in light of recent humiliations like what just happened down in Mississippi where the GOP pooh-bahs actually sank so low as to ask African-American Democrats (is there any other kind?) to bail them out. According to the New York Times, some of them are fit to be tied and are preparing to teach those D.C. folk a lesson they won't soon forget:

Adam Brandon, executive vice president of the national Tea Party funder FreedomWorks, said Republican leaders like Senator Mitch McConnell of Kentucky may yet succeed in “smashing” Tea Party groups, but they are doing so at a great cost.

“The way activists feel treated by the party, they may stay home in November, and even if they do vote, I can tell you they’re not going door to door,” he said. “When Mitch McConnell says, ‘We’re going to stamp these guys out and smash them all over the country,’ how are Republicans going to win anywhere?”

That would be this Freedomworks -- the Koch-funded wingnut welfare operation originally called "Citizens for a Sound Economy," which was formed more than a quarter-century ago.

Still, he's got a point. The off-year elections tend to be won by the active and engaged voters of whichever party is not in the White House. During the Obama administration the door-knockers and phone bankers have been the Tea Party activists determined to send the message that they're mad as hell and they're not going to take it anymore. If they decided to stay home in November, it could mean the Democrats keep the Senate and maybe even gain a few seats in the House.

But how likely is that? These are activists driven to revolutionary fervor when the government decided to make health insurance accessible to more of its people. And overnight the nation became a dystopian hellscape. They may disrespect those D.C. insiders like old Mitch McConnell, but they are a long way from allowing the evil ones who think women should be able to get birth control through their insurance companies to run without opposition. They'll nurse their wounds but in the end they'll probably come around once their true-blue conservative leadership makes the case.

And this is where wingnut welfare comes in. The Tea Party leaders will be "taken care of," meaning that losers like McDaniel are probably already making deals to continue his "crusade" -- just as so many other Tea party luminaries have done. Sarah Palin has taken the most glamorous course by becoming a reality TV and social media star but that probably isn't a career path open to most Tea Party losers. McDaniel, however,  comes out of talk radio so he may have the celebrity training to follow in her footsteps. For the moment, he's just getting his all-important "list" together:

Mr. McDaniel made clear this week that he was not giving up the fight, dashing off fund-raising emails declaring Mississippi’s Republican Senate runoff “a sham, plain and simple,” and offering rewards to individuals who “provide evidence leading to the arrest and conviction of anyone involved in voter fraud.”

“Thanks to illegal voting from liberal Democrats, my opponent stole last week’s runoff election,” he wrote.

Nothing fires up the Tea Party faithful like accusations of illegal voting, especially of the African-American kind. McDaniel has a built-in cause should he decide to accept it. But that's not the only avenue for his comeback. Chris Chocola is a former congressman who left the government in frustration and now heads the Club for Growth, which not only backs economic extremists for office but is also spearheading some of the main legal challenges to the tattered remains of this nation's campaign finance laws. Perhaps McDaniel could take over the leadership of the Tea Party "voter fraud" group True the Vote and in a Palin-like jujitsu move star in a reality TV series featuring God-fearing Real Americans traveling all over the country rooting out voter fraud in "urban" areas.

And one cannot overlook the Tea Party's most audacious leader, former congressman Allen West who has collected millions doing absolutely nothing but sending out fundraising letters for his "Allen West Guardian Fund" (which is evidently tasked with guarding Allen West's wallet). McDaniel is showing some flair for this sort of wingnut welfare scam already -- his "reward" gambit is sure to end up gathering a fair amount of money from angry Tea Partyers without having a snowball's chance in Mississippi of adding up to anything but profits for McDaniel.

One thing is for sure: Whether the disappointed Tea Partyers stay home in November or not, the Tea Party celebrities will be cashing in on donations from the faithful and collecting their Wingnut Welfare. As circus impresarios everywhere know, there's a sucker born every minute.