A party that won't be saved: GOP dead-enders and "reform conservatives" duke it out 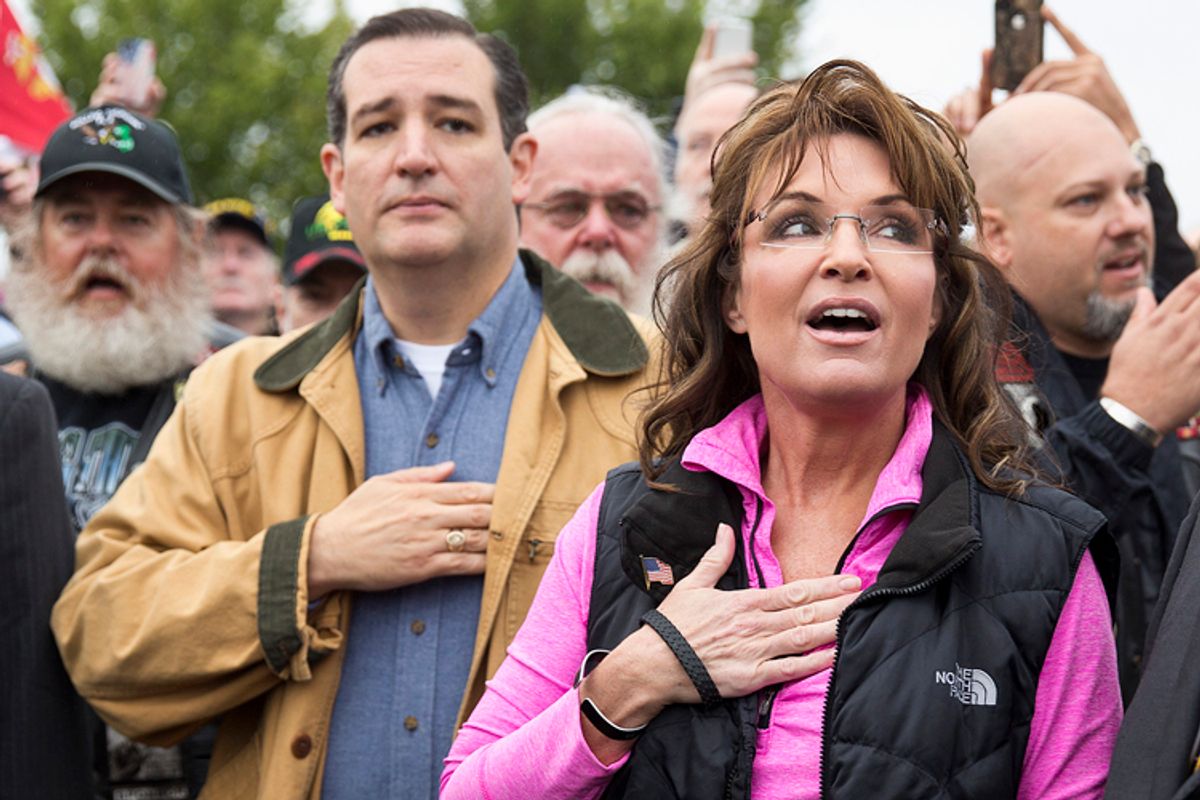 The last couple of weeks have been a coming out party of sorts for the “Reformicons,” the group of conservative intellectuals who have taken it upon themselves to reform the Republican Party into something less dogmatic and more electable. They were the subject of a New York Times Magazine profile and countless think pieces. They were the topic of a panel discussion at the Brookings Institution. Pundits were commenting on the resurgence of conservative intellectualism and wondering whether a gaggle of economics-obsessed conservatives could wrest control of the GOP from the cranks and the dead-enders. It all came down to variations of the same question: “Can 'reformicons' save the Republican Party?”

As if to answer that question and underline the challenges facing the conservative reform movement, the cranks and the dead-enders rose up as one this past week to put on a muscular demonstration of political stupidity.

Let’s start with Ted Cruz, since there’s no better avatar of the modern Republican Party’s aversion to responsible governance than the junior senator from Texas. Cruz is the vice chairman of the National Republican Senatorial Committee, and his Tea Party pedigree has always brought an element of tension to the position since the Tea Party is on a crusade to unseat incumbent Republican senators. In March, he said he was stepping back from his NRSC duties during the primaries because he couldn’t bring himself to back the incumbent senators. During the ugly Republican Senate primary in Mississippi, conservatives were pushing for Cruz to quit the NRSC so that he could throw his support behind Chris McDaniel, the Tea Party challenger to Sen. Thad Cochran.

Ever since McDaniel narrowly lost the primary runoff to Cochran, the whole situation has spiraled into chaos. McDaniel has been angrily disputing the election results and making allegations of voter fraud. His supporters are claiming Cochran bought the votes of black Democrats. It’s desperate and obscene and a rolling calamity for the GOP – and Ted Cruz just made it worse.

On Mark Levin’s radio program yesterday, Cruz called for an investigation into the allegations of voter fraud in Mississippi, giving a boost to McDaniel and challenging the legitimacy of the candidate backed by the campaign committee he serves on. This obviously is awkward for the NRSC (they refused to comment on Cruz’s role on the committee) and an embarrassment for every other Republican who’d rather the fiasco just go away.

On the policy front, Republicans on the House Appropriations Committee took the first step toward what could be yet another partial government shutdown. When the Environmental Protection Agency unveiled its new rule limiting the amount of carbon that can be emitted from existing coal-fired power plants, Republicans (and a few Democrats from coal country) vowed to oppose it. Rep. Mike Simpson said last month that they might attach a rider to a must-pass appropriations bill to prevent the rule from being implemented.

And that’s exactly what they’ve done. The Appropriations Committee unveiled a bill yesterday that would prevent any money from being spent on developing or enforcing the EPA’s power plant rule. Senate Republicans are also spoiling for an appropriations fight, and Democrats are lining up behind the EPA and the president.

Whether we actually arrive at the point of shutting down the government (funding runs out on Sept. 30) depends largely on how far the Republicans would be willing to take this game of chicken. Shutdown politics tend not to favor the GOP and common sense would suggest that they won’t precipitate yet another government crisis a month before Election Day, but common sense is, we’ve learned, a poor predictor of Republican performance. Either way, after moving away from the crisis governance model that burned them so badly in 2013, the Republicans are sending the message that they’re still willing to disrupt the normal functions of government to achieve their policy goals.

And then there’s Sarah Palin, whose latest bid to reclaim her faded relevance was to toss up a word salad for Breitbart.com calling for President Obama’s impeachment. The piece itself is largely incomprehensible, but it’s nonetheless an interesting political artifact. Six years ago, Palin was the duly elected governor of a state and on her way to becoming the Republican vice-presidential nominee. Now she’s writing barely coherent, mixed metaphor-laden columns for the website responsible for “Friends of Hamas.”

But as fast and far as she’s sunk, there are still lots of people out there who think Sarah Palin is the very soul of conservatism. She’s a recognizable face of the GOP and a fixture on Fox News. For Republicans who want the party to stop marginalizing itself, a call for impeachment from the 2008 V.P. nominee is a setback.

You consider all this and the fact that it all happened in the span of just a few days, and you get a clear picture of what the conservative reform movement is facing. How can they convince candidates and elected officials to embrace non-dogmatic policy ideas when the party is tearing itself to pieces in a futile quest for ideological purity? How can they get the difficult work of policymaking done when Republicans are constantly looking to force crisis situations and score political victories? How can Republicans quit antiquated modes of thinking when they can't even quit Sarah Palin?

In other words: How can the reformicons “save” the GOP when the party clearly doesn’t want to be saved?