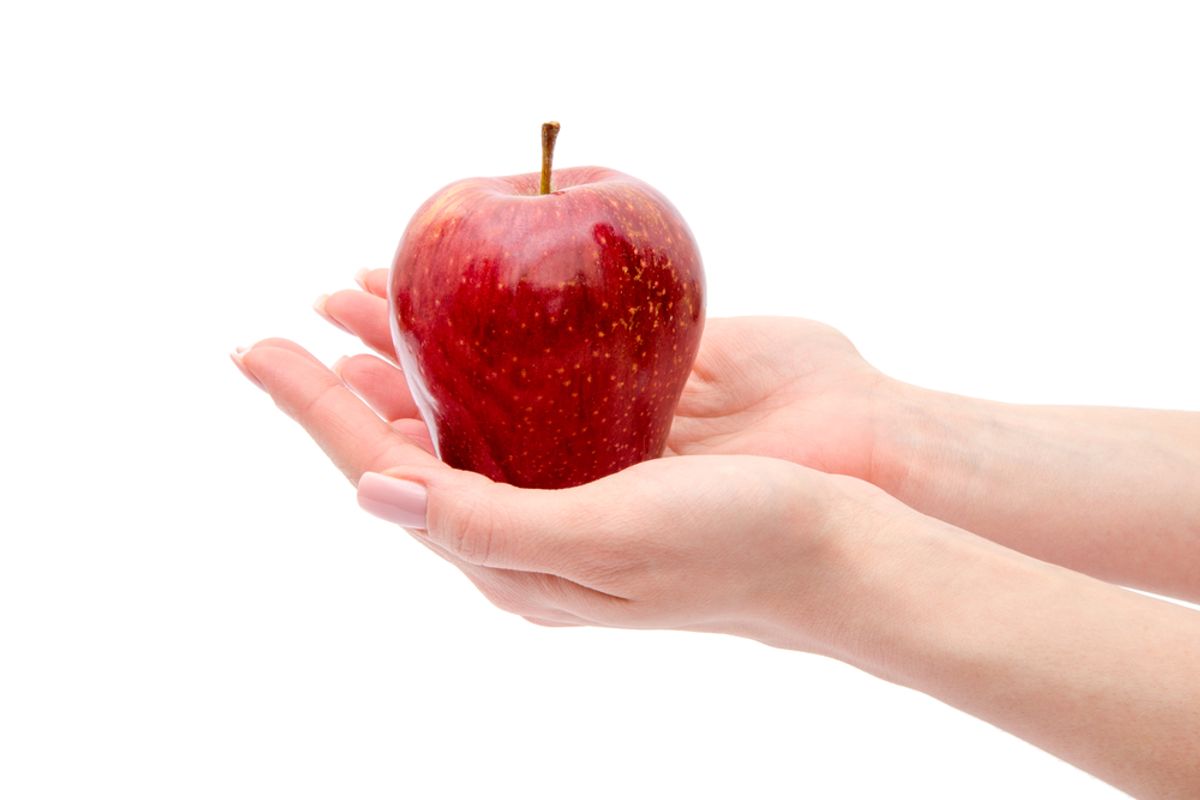 New research shows that for women who eat apples, there might be more to that old adage about the forbidden fruit's health effects than previously thought. According to a recent study in Archives of Gynecology and Obstetrics, women who consume apples on a regular basis tend to experience greater overall sexual function, reporting higher levels of arousal and satisfaction.

Researchers analyzed the apple-eating habits of 731 sexually active Italian women over the course of seven months, polling participants between the ages of 18 and 43 with no history of sexual dysfunction. The women were classified into two groups -- those who ate one to two apples daily and those who ate none -- and asked to fill out the Female Sexual Function Index (FSFI), which includes more than a dozen questions regarding desire, arousal, lubrication, orgasm, satisfaction and pain. All in all, Group A (the apple-eaters) totaled higher FSFI scores than their non-apple-eating counterparts, indicating increased lubrication and general sexual function.

The researchers are quick to point out that while their results are "intriguing," they should be taken with caution. The study's small sample size makes it difficult to categorize too broadly, although the positive correlation between apples and better sex they found seems to speak for itself. Possible explanations for the link include the multiple antioxidants and other pharmacologically active substances (like phytoestrogens and polyphenols) present in apples, which have been associated with positive sexual effects before. The fruit shows similar sexual benefits as red wine and chocolate, but with other added health effects as well.

It's also possible that the sexual health benefits come more from apple peels -- which have high concentrations of helpful phenolic compound -- than from the apples themselves. This study included only women who did not peel their apples before eating them, but the researchers speculate that it "might be interesting to evaluate" whether apple peels play a more specific role in female sexuality. We'll wait for that future study -- while snacking on some unpeeled apples.