Beetee has a message for President Snow in second "Mockingjay" trailer

President Snow makes another propaganda speech -- but this one gets interrupted 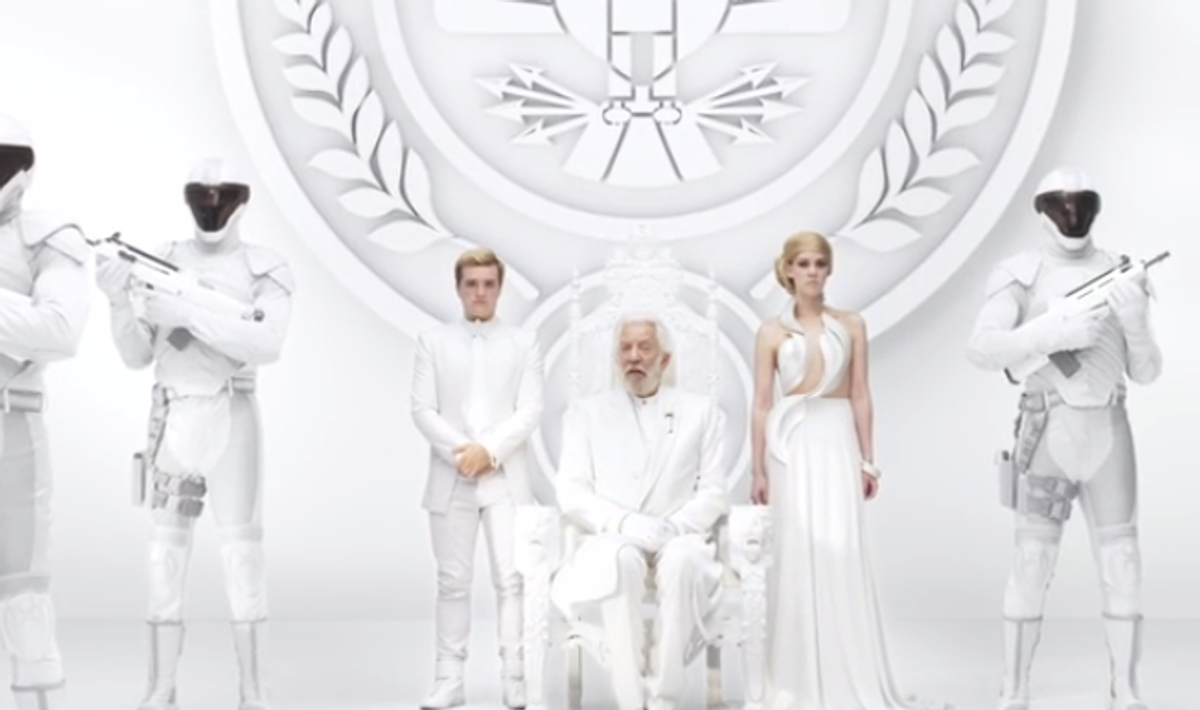 In the first trailer for "Hunger Games: Mockingjay-Part I," the tyrannical President Snow (Donald Sutherland) appears to be in full control of Panem, but the second trailer, released Wednesday, suggests that an uprising is coming. In his second address, Snow is accompanied again by Peeta Mallark (Josh Hutcherson), but this time a young woman has joined them -- not fellow District 12 victor Katniss Everdeen (Jennifer Lawrence), but District 7 victor Johanna Mason (Jena Malone). Mid-way through Snow's speech, the broadcast cuts out, and Beetee (Jeffrey Wright), the clever hacker from District 3, takes control. His message, broadcast from the mysterious District 13: "The Mockingjay lives."