A dozen years in the making, the indie auteur's magical family chronicle might be the movie of the year 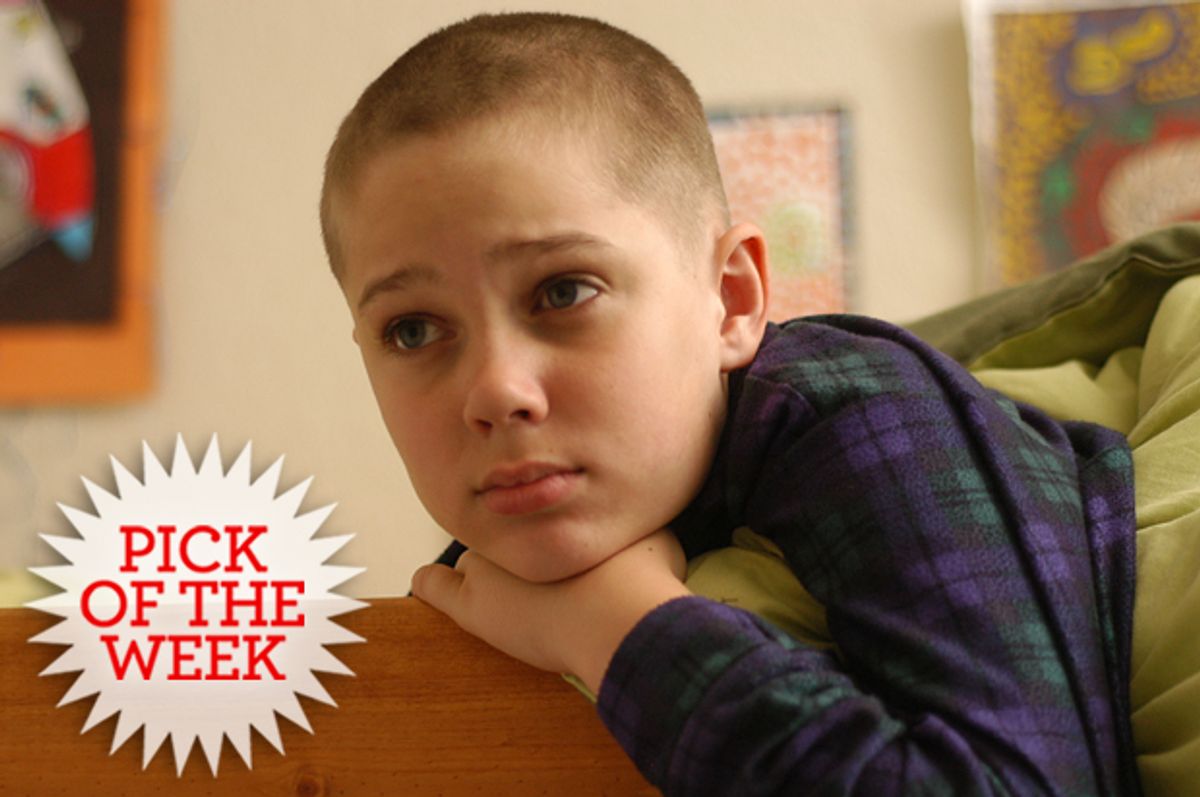 An earlier version of this review was published in January from the Sundance Film Festival. It has been substantially revised and rewritten.

You may be better off seeing Richard Linklater’s “Boyhood” without much advance preparation, the way I did at Sundance last January. But given that this 12-year mini-epic of family life has been widely pronounced as the independent film of the year, I think the cat’s out of the bag. There’s always considerable danger in proclaiming the greatness of a work that presents as modestly as this one does. “Boyhood” wants to sneak up on you and steal your heart, but it’s fundamentally a story about ordinary life in nondescript Middle American suburbia. We’re a long way from the terrain of “Citizen Kane” or “The Godfather” or “Vertigo” – works of supreme craftsmanship that sweep you up with their first shot or opening scene.

There isn’t anything else quite like “Boyhood” in the history of cinema, although that wouldn’t matter one-fifth as much if it weren’t a moving and memorable viewing experience in the end. It was added to this year’s Sundance and Berlin lineups at the last minute, largely because Linklater didn’t finish shooting it until October of 2013. That marked the end of a remarkable production process that went back more than 4,000 days, to 2002 -- but included only 39 days of shooting. The idea was dramatically simple, but logistically so close to impossible that no one had ever tried it before: Follow the life of a boy and his unexceptional Texas family from childhood to adulthood, but do it in real time, bringing the cast back together every year to film new episodes.

So during the making of “Boyhood,” young actors Ellar Coltrane and Lorelei Linklater -- the director’s daughter, now an adult -- went from being elementary school-kids to college students, just as their brother-and-sister characters do. As their parents, Patricia Arquette and Ethan Hawke visibly change too, going from impulsive, attractive and self-destructive ex-spouses going through a painful split to all the compromises, devil’s bargains and minivan purchases of middle age.

I felt nearly as crushed as teenage Mason Jr. (Coltrane), when he learns near the end of the film that his dad, Mason Sr. (Hawke), now remarried with a new baby, has sold the vintage black Pontiac GTO that defined him as a younger man. (I was grateful to learn that in real life the GTO belongs to Richard Linklater, who hasn’t sold it and doesn’t plan to.) In fact — and this is the beauty and the emotional range of “Boyhood” -- I felt I was experiencing that moment from both guys’ perspective at the same time. Of course the upgrade to a Toyota Sienna or whatever makes sense, in the context of Mason Sr.’s real life. (And he made a killing from selling that GTO!) Still, it’s a painful moment of disillusion, and one the quiet and introverted Mason Jr. will carry with him deep into adulthood.

“Boyhood” runs long – more than two and a half hours – and while I’d hate to lose a minute of it I realize that poses a legitimate obstacle to many potential viewers. As has always been the case in Linklater’s independent features, from “Slacker” onward, he doesn’t want to cut to the next scene right on the emotional beat. After the family blowup or whatever, he’s willing to hold the scene for another minute or three, while someone pours a bowl of cereal or waters the plants or starts to consider what the hell they’re having for dinner. I’m not here to tell you how to feel about that, but capturing the texture of ordinary life – the moments that would be excised from any normal movie – is pretty much the point. Taken cumulatively, those moments contain the movie’s magic.

That’s how Linklater makes this tale of ordinary American family dysfunction — a tale of divorce and remarriage, of families blended and broken, of first love and heartbreak and awkward ballgame outings and camping trips that go unexpectedly well — into something transcendent and universal. This movie contains almost none of the things that are considered “dramatic” in motion pictures. Nobody dies or commits a felony, and nothing blows up except Fourth of July firecrackers. As a Texas chronicle of joy and tragedy and loss and time, this movie is at least as profound as Terrence Malick’s “The Tree of Life,” and a whole lot easier to wrap your head around.

Mason Jr.’s transit from boyhood to manhood provides the narrative spine of the film, and Ellar Coltrane matures into a moody, dreamboat-handsome young actor who holds the camera’s gaze. But “Boyhood” is covertly a story of parenthood, about the quite different maturation process of the two adults, Mason Sr. and Olivia (Arquette). They’re a couple who got married too young and have already hit Splitsville by the time we meet them, and both are flawed and complicated characters for whom we feel immense compassion. Hawke’s Mason Sr. is an essentially likable dude, and in most respects a better dad than the sequence of abusive alcoholic husbands Olivia tries out later. But for most of the journey he’s also a semi-employed and unreliable deadbeat with a cool car, who wants to experience all the most fun and dramatic parts of fatherhood without putting in the work.

Our sympathy flows more naturally toward Olivia, an undeniably heroic single mom with a pattern of dubious decision-making. Part questing spirit and part nesting instinct, she keeps pushing her kids around the Lone Star State in quest of an elusive dream of normalcy and stability, before understanding she must create and define those things for herself. Arquette gives a wonderful, fearless performance, and has been very funny about facing the challenges posed by playing the same role as she herself went from her early 30s to her late 40s. In some alternate universe where a compassionate God suspends all the rules, we can imagine Mason and Olivia finding their way back to each other; they seem to like and respect each other more at the end of the story than the beginning.

“Boyhood” isn’t a documentary, but it includes pieces of real history: a midnight Harry Potter book-sale, the Obama election of 2008, an otherwise unmemorable Houston Astros game featuring a perfectly timed home run. If you find yourself on this movie’s wavelength, you’ll feel, as I do, that it comes awfully close to a masterpiece of American moviemaking, and an entirely new use of cinematic time. One of the precedents, I suppose, is the love-and-marriage trilogy beginning with “Before Sunrise” that Linklater has made with Hawke and Julie Delpy across 18 years, although those tell discrete stories separated by many years. “Boyhood” is something else again, almost a combination of Michael Apted’s “Up” documentaries, Ingmar Bergman’s “Fanny and Alexander” and Orson Welles’ “The Magnificent Ambersons,” but translated into Linklater’s Texas-Zen aesthetic and the world of the 21st-century American family. In its own quiet way, it’s a world of marvels.