California has only managed to reduce water use by 5 percent, far short of the 20 percent reduction it needs 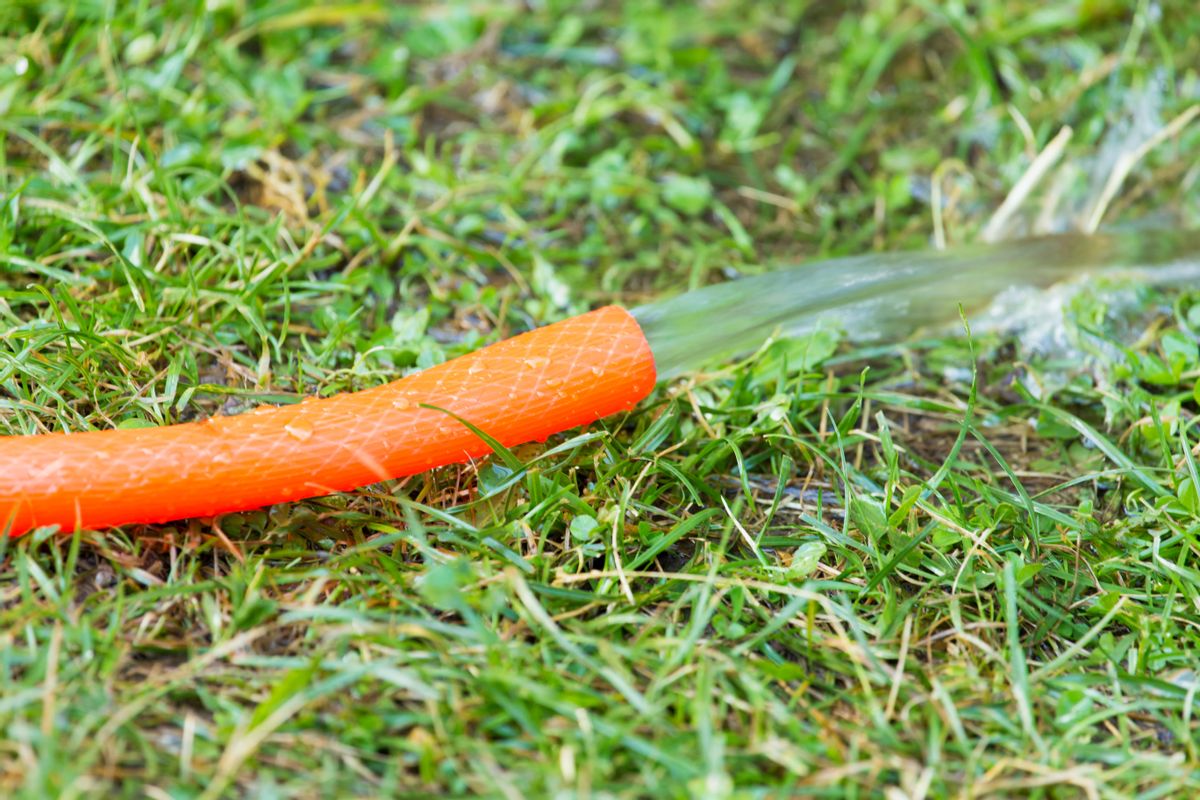 California is facing what Jay Famiglietti, senior water scientist at NASA Jet Propulsion Laboratory, called "the worst drought since record-keeping began in the late 1800s." Famiglietti, who is also a professor of Earth system science at the University of California, Irvine, warned this week in a Los Angeles Times Op-Ed that California only has "enough water in storage to get through the next 12 to 18 months, and that's it."

But Californians might not even know they're in a record-breaking drought, Famiglietti says, as local and regional water districts have done a great job "drought proofing."

Californians' wake-up call may arrive next week. The state has proposed emergency water regulations that would restrict outdoor water usage, and level up to $500 fines for wasting water. The draft will be reviewed next week in Sacramento, according to the Associated Press. If implemented it will be the first of its kind in any state, Mary Ann Dickinson, president of the Alliance for Water Efficiency, told the Associated Press.

The Associated Press explains the regulations:

"Urban water agencies would have to require mandatory restrictions on outdoor water use, if they haven’t done so already. Agencies without water plans would have to restrict outdoor irrigation to no more than two days each week or take other mandatory conservation steps.

Statewide regulations would prohibit landscape watering that causes runoff onto sidewalks or streets, washing sidewalks, driveways and other hard surfaces, using a hose to wash a vehicle unless the hose has a shut-off nozzle and using drinking water in a fountain or decorative water feature unless the water is recirculated."

Earlier this year Gov. Jerry Brown asked Californians to voluntarily reduce outdoor water use, with hopes of a 20 percent reduction. "Coastal communities in Southern California managed to reduce water use by only 5% between January and May. Los Angeles, Long Beach and San Diego all recorded increases of between 1% to 4%," according to Famiglietti.

Some may balk at the prospect of daily fines up to $500, but the the State Water Resources Control Board believes the restrictions could save enough water for 3.5 million people for a single year.

The hope is that the threat of fines will shift folks into seeing how serious the drought is. “The word ‘voluntary’ doesn’t say ‘serious’ to most people; the word ‘mandatory’ does,” explained Tim Quinn, executive director of the Association of California Water Agencies. Quinn does not expect the fines to be enforced as broadly.

The big take-away is the gravity of the drought. Already food prices -- including fast food chains like Chipolte and In N' Out -- are rising due to the drought's effect on agriculture. As Famiglietti explained, if there is a water shortage, it would mean "skyrocketing water, food and energy prices, as well as the demise of agriculture."