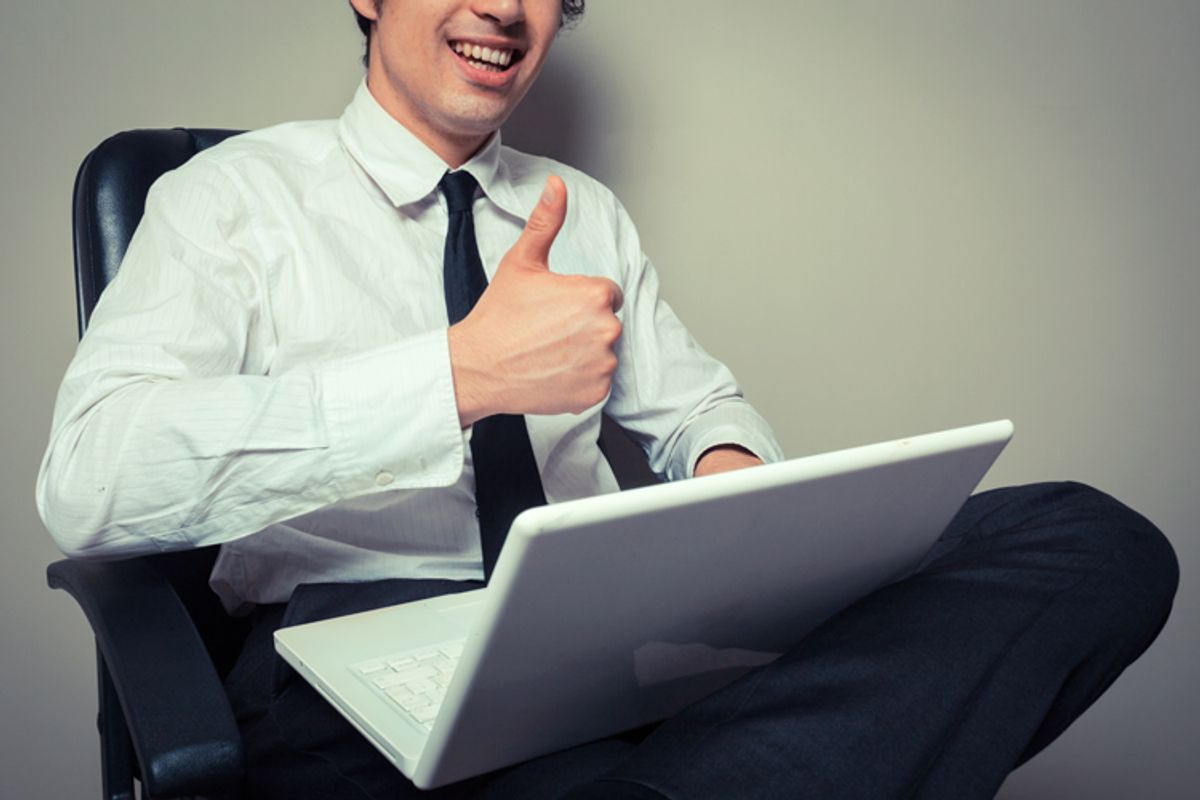 Let's try a new experiment now, Facebook. And this time, you're the subject.

Remember just last month, when the monolithic social network revealed that it had been messing with its users' minds as part of an experiment? Writing in PNAS, Facebook researchers disclosed the results of a study that showed it had tinkered with the news feeds of nearly 700,000 users, highlighting either more positive or more negative content, to learn if "emotional contagion occurs without direct interaction between people." What they found was that "When positive expressions were reduced, people produced fewer positive posts and more negative posts; when negative expressions were reduced, the opposite pattern occurred." More significantly, after the news of the study broke, they discovered that people get pretty creeped out when they feel like their personal online space is being screwed with, and that their reading and posting activity is being silently monitored and collected – even when the terms of service they agreed to grant permission to do just that. And they learned that lawmakers in the U.S. and around the world question the ethics of Facebook's intrusion.

Now, a new campaign out of Europe is aiming to do another experiment involving Facebook, its users and their feelings. But this time Facebook users aren't unwitting participants but willing volunteers. And the first step involves quitting Facebook. The 99 Days of Freedom campaign started as an office joke at Just, a creative agency in the Netherlands. But the company's art director Merijn Straathof says it quickly evolved into a bona fide cause. "As we discussed it internally, we noted an interesting tendency: Everyone had at least a 'complicated' relationship with Facebook. Whether it was being tagged in unflattering photos, getting into arguments with other users or simply regretting time lost through excessive use, there was a surprising degree of negative sentiment." When the staff learned that Facebook's 1.2 billion users "spend an average of 17 minutes per day on the site, reading updates, following links or browsing photos," they began to wonder what that time might be differently applied to – and whether users would find it "more emotionally fulfilling."

The challenge – one that close to 9,000 people have already taken – is simple. Change your FB avatar to the "99 Days of Freedom" one to let friends know you're not checking in for the next few months. Create a countdown. Opt in, if you wish, to be contacted after 33, 66 and 99 days to report on your satisfaction with life without Facebook. Straathof says everyone at Just is also participating, to "test that one firsthand."

Straathof and company say the goal isn't to knock Facebook, but to show users the "obvious emotional benefits to moderation." And, he adds, "Our prediction is that the experiment will yield a lot of positive personal experiences and, 99 days from now, we’ll know whether that theory has legs." The anecdotal data certainly seems to support it. Seductive as FB, with its constant flow of news and pet photos, may be, you'd be hard-pressed to find a story about quitting it that doesn't make getting away from it sound pretty great. It's true that grand experiments, especially of a permanent nature, have never gotten off the ground. Four years ago, a group of disgruntled users tried to gather momentum for a Quit Facebook Day that quietly went nowhere. But individual tales certainly make a compelling case for, if not going cold turkey, at least scaling back. Elizabeth Lopatto recently wrote in Forbes of spending the past eight years Facebook free and learning that "If you really are interested in catching up with your friends, catch up with your friends. You don’t need Facebook to do it." And writing on EliteDaily this past winter, Rudolpho Sanchez questioned why "We allow our successes to be measured in little blue thumbs" and declared, "I won’t relapse; I’ve been liberated. It’s nice not knowing what my fake friends are up to." Writing a few weeks later in Business Insider, Dylan Love, who'd been on FB since he was an incoming college student 10 years ago, gave it up and reported his life, if not improved, remarkably unchanged, "except I'm no longer devoting mental energy to reading about acquaintances from high school getting married or scrolling through lots of pictures of friends' vacation meals." And if you want a truly persuasive argument, try this: My teenager has not only never joined Facebook, she dismissively asserts that she doesn't want to because "It's for old people."

Facebook, of course, doesn't want you to consider that you might be able to maintain your relationships or your sense of delight in the world without it. When my mate and I went away for a full week recently, we didn't check in on social media once the whole time. Every day, with increasing urgency, we received emails from Facebook alerting us to activity in our feeds that we surely wanted to check. And since I recently gutted my friend list, I've been receiving a bevy of suggested people I might know. Why so few friends, lonely lady? Why so few check-ins? Don't you want more, more, more?

I don't know if I need to abandon Facebook entirely – I like seeing what people I know personally and care about are up to, especially those I don't get to see in the real world that often. That connection has often been valuable, especially through our shared adventures in love, illness and grief, and I will always be glad for it. But a few months ago I deleted the FB app, which makes avoiding Facebook when I'm not at my desk a no-brainer. No more stealth checking my feed from the ladies' room. No more spending time expressing my "like" of someone's recent baking success when I'm walking down the street. No more "one more status update before bed" time sucks. And definitely no more exasperation when FB insistently twiddles with my news feed to show "top stories" when I prefer "most recent." It was never a huge part of my life, but it's an even smaller part of it now, and yeah, it does feel good. I recommend it. Take Just's 99-day challenge or just a tech Sabbath or just scale back a little. Consider it an experiment. One in which the user, this time, is the winner.