Greenpeace slams LEGO for its brand partnership with Shell

A new ad implores "children's imaginations are an unspoilt wilderness. Help us stop Shell from polluting them" 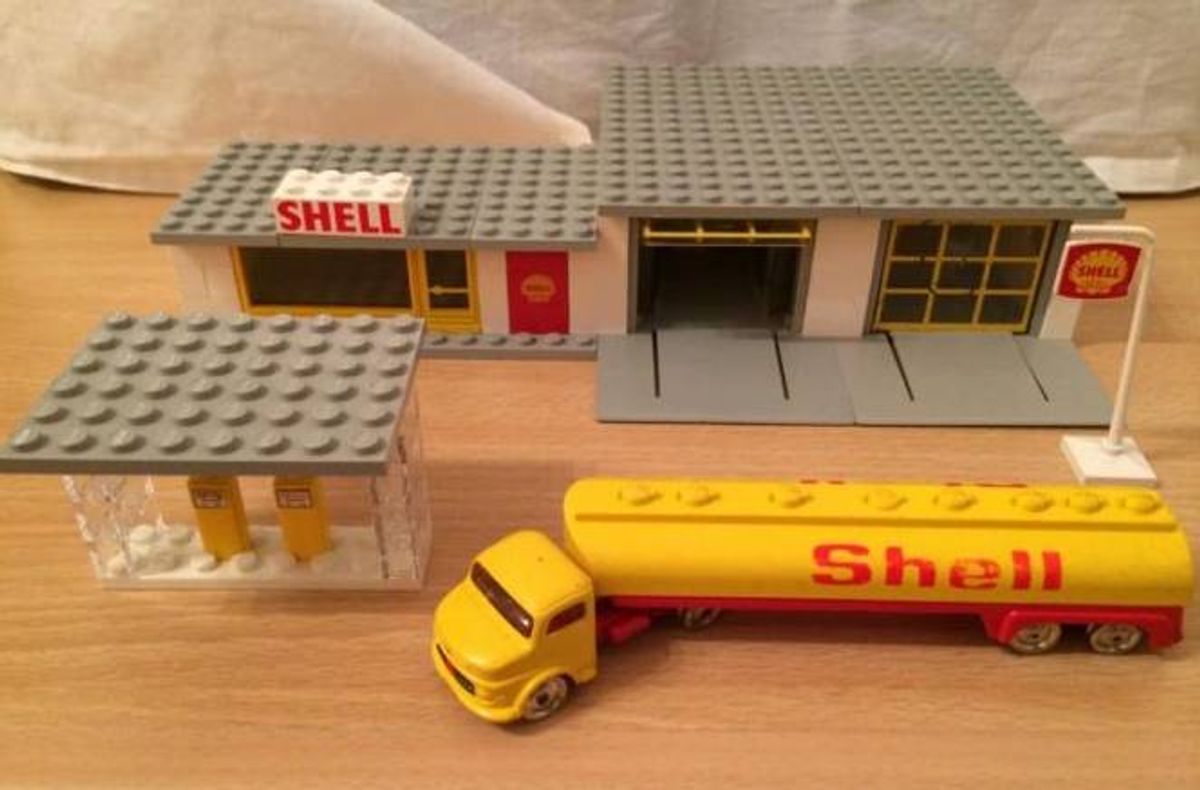 Everyone loves LEGOS. If you don't love LEGOS, you're a monster and have no business living in this world. LEGOS are the perfect toy. They're affordable, easy to clean up, and they allow children to create objects, people, and worlds using their IMAGINATIONS.

Now those imaginations are being polluted, says Greenpeace, because of LEGO's brand partnership with Royal Dutch Shell.

Wait, LEGO has a brand partnership with Shell? Surprising, right? LEGO Star Wars, LEGO Lord of the Rings, LEGO Teenage Mutant Ninja Turtles. These things are awesome and make perfect sense. But Shell? Maybe next, LEGO will partner with private military contractors. Just picture it, little LEGO men dressed in black, carrying high-tech firearms, looking like tiny Special Ops ninjas with emblazoned logos for DynCorp, Executive Outcomes, and Academi. Makes about as much sense as a brand partnership with Shell, don't you think?

Greenpeace explains why it makes perfect sense for Shell, at least. It all comes down to something known in business as the "halo effect."

Shell's global advertising deal with LEGO is part of a carefully thought-out strategy by Shell to buy Friends who can make its controversial arctic drilling plans look acceptable and misleadingly associate it with positive values. LEGO is one of the most beloved and admired toy companies in the world, and Shell knows that this deal will not only increase profits, but also improve the reputation of a company known for recklessly threatening the fragile arctic ecosystem.

As part of the co-promotion, LEGO has branded Shell’s logo on a special set of its toys. By placing its logo in the hands of millions of children, Shell is building brand loyalty with the next generation of consumers. Shell has launched an invasion of children’s playrooms in order to prop up its public image, while threatening the Arctic with a deadly oil spill. We can’t let Shell get away with it.

LEGO's relationship with Shell is an old one. Between 1966 and 1999, LEGO sold Shell brand toys like this gas station, which was one of the first sets.

LEGO and Shell entered a new, long-term partnership in 2011, but Greenpeace only just launched this particular campaign in the past few weeks.

For now, LEGO isn't particularly moved. President and CEO of the Lego Group, Jørgen Vig Knudstorp, responded with a boiler-plate statement posted to the LEGO website.

The LEGO Group operates in a responsible manner and continually strives to live up to the motto of the company since 1932: “Only the best is good enough”.

We are determined to leave a positive impact on society and the planet that children will inherit. Our unique contribution is through inspiring and developing children by delivering creative play experiences all over the world.

A co-promotion contract like the one with Shell is one of many ways we are able to bring LEGO® bricks into the hands of more children.

We welcome and are inspired by all relevant input we receive from fans, children, parents, NGOs and other stakeholders. They have high expectations to the way we operate. So do we.

The Greenpeace campaign focuses on how Shell operates in a specific part of the world. We firmly believe that this matter must be handled between Shell and Greenpeace. We are saddened when the LEGO brand is used as a tool in any dispute between organisations.

We expect that Shell lives up to their responsibilities wherever they operate and take appropriate action to any potential claims should this not be the case. I would like to clarify that we intend to live up to the long term contract with Shell, which we entered into in 2011.

We will continue to live our motto of “only the best is good enough” and deliver creative and inspiring LEGO play experiences to children all over the world.