And it might be the funniest thing you watch today 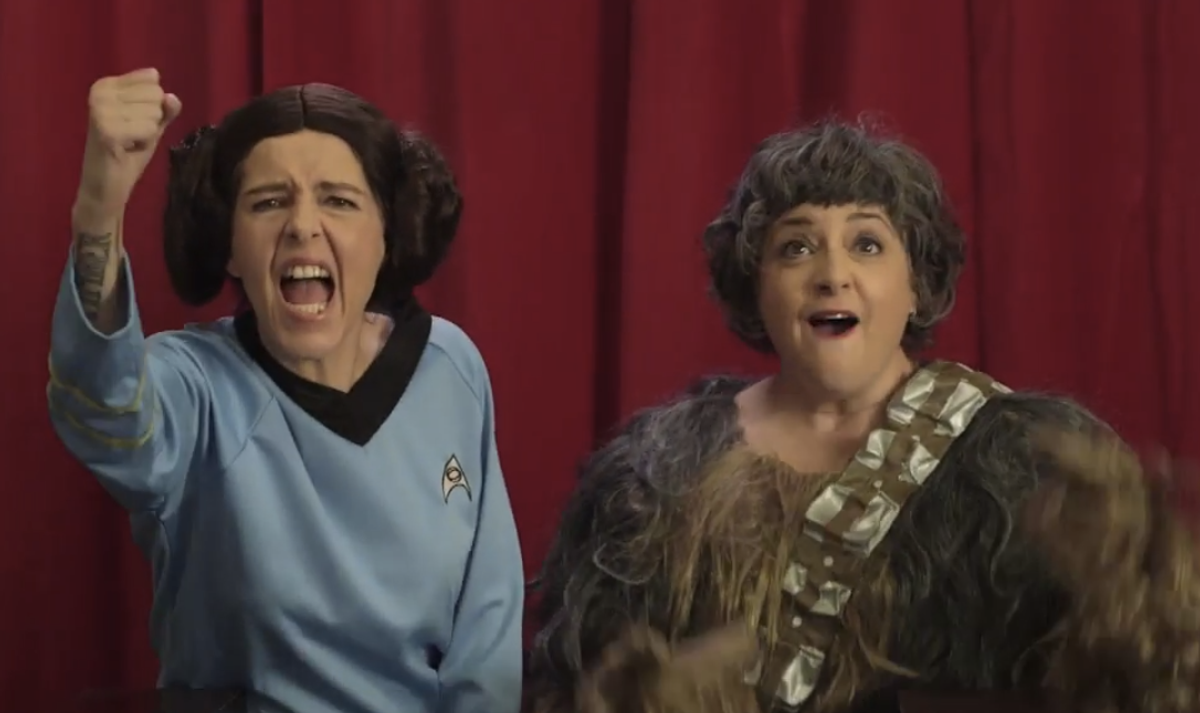 Neko Case and Kelly Hogan in "These Aren't the Droids" (screenshot)
--

Allow me to set the scene: It's Neko Case as a cross between "Star Trek" and Princess Leia, and Kelly Hogan in a full Chewbacca suit. Science fiction characters roam free. And Ellie Kemper ("Bridesmaids" and "The Office") dates a Storm Trooper.

This is the music video for Case and Hogan's "These Aren't the Droids," and it is a hilarious image of the future -- if the future were constructed by teenage boys. (And what the girls would do about it!)

The song appears on "2776: A Millennium of American Asskickery," a comedy-music compilation to benefit OneKid OneWorld. Other contributors include Samantha Bee, Ed Helms, Yo La Tengo, Ira Glass, Will Forte, Will Arnett and more. Watch below: