UPDATED: Jessica De Samito has been released to her home where she will remain under electronic supervision 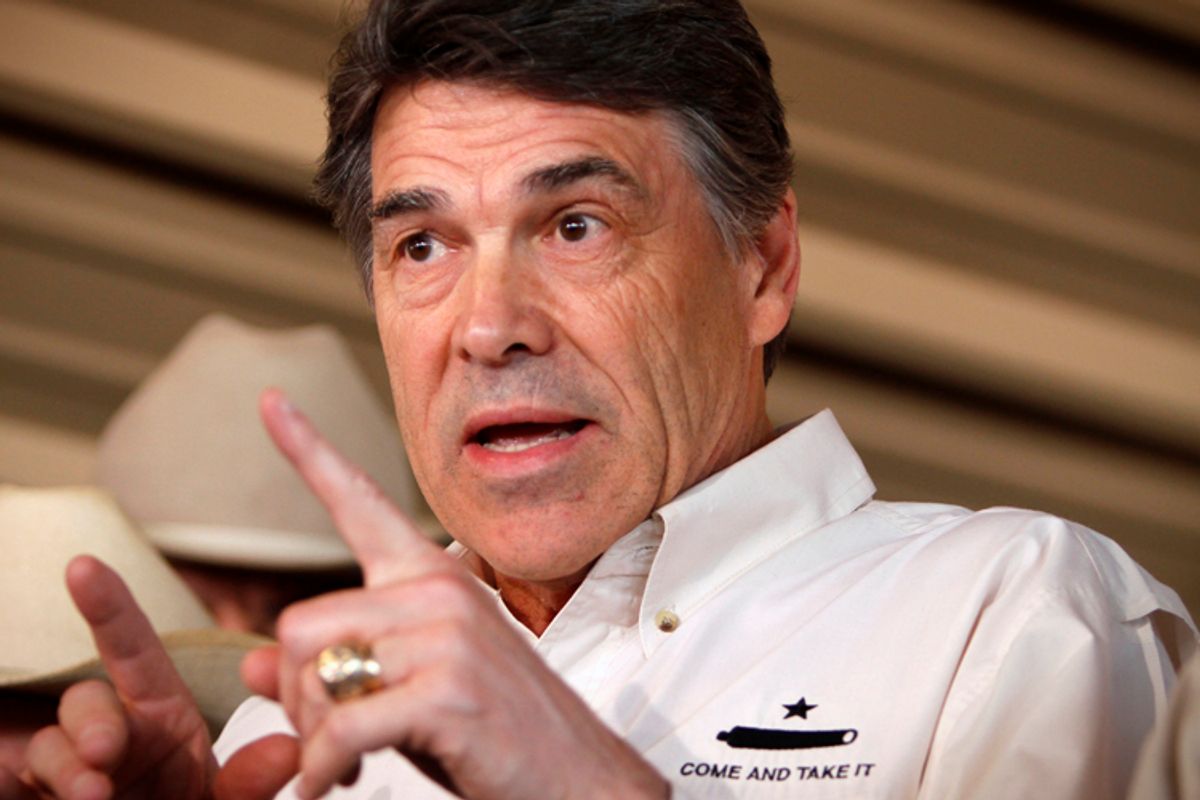 UPDATED July 15, 4:45 P.M.: Jessica De Samito has been released to her home where she will remain under electronic supervision; she will be able to continue her methadone maintenance treatment.

For all of the political bluster from conservative lawmakers in Texas about women's health and Rick Perry's boasts about "protecting life," the state is a pretty dangerous place to be a pregnant woman. Jessica De Samito is one of those pregnant women. A young veteran who suffers from PTSD and was on parole following a drug possession charge related to her self-medication, De Samito found herself using opiates earlier this year to manage her ongoing PTSD, but sought treatment when she discovered she was pregnant. She soon found a treatment program, and had been undergoing methadone maintenance treatment -- which is medically recommended for opioid dependent pregnant women -- since then.

But De Samito knew that she would test positive in a drug screening because she had used opiates before she was able to enroll in treatment, and she knew that might compromise her parole. As it turned out, she was right. This week, De Samito was re-incarcerated at the Guadalupe County Jail while a panel decides whether or not to revoke her parole as a result of the positive screen. She is currently 24 weeks pregnant, and was denied her methadone treatment for two days.

The decision to disrupt De Samito's methadone treatment was cruel, but it was also incredibly dangerous for her pregnancy. Withdrawal can cause uterine contractions, miscarriage and early labor, which is why consistency in treatment is so important. After two days of being denied medical care -- as a result of her own advocacy and the help of a team from the National Advocates for Pregnant Women and a Texas-based human rights lawyer named Alicia Perez -- she was given her appropriate dosage. But the issue is far from settled.

"She had a hearing on Monday, and the parole panel has 41 days to issue their decision," Kylee Sunderlin from NAPW told Salon. "The decision could be to re-incarcerate her, send her to an intermediate sanction facility [a private prison] or release her with stricter supervision. They have 41 days to decide what they'll ultimately do."

But why detain De Samito at all? She is currently in county jail on a technical violation of her parole, not a legal violation. And prior to being put in jail, she was undergoing medically recommended and supervised treatment for opioid dependence. Detaining her -- even for the 41 days the parole panel may take to decide on her case -- serves no actual purpose. It's also dangerous. The jail has given no official indication that it intends to fully comply with De Samito's methadone treatment. "They certainly haven't made it clear that they are going to continue doing that for the duration of the 41 days," Sunderlin explained.

Affidavits submitted in support of De Samito confirm the medical necessity of the treatment. According to one expert, “The survival of the fetus is at substantial risk [...] opioid withdrawal can cause death.” Despite medical consensus around methadone treatment for pregnant women, this care is not often administered for women who are incarcerated -- in Texas and elsewhere in the country. Drug courts, prisons, jails, parole and probation departments and alternative to incarceration programs often prohibit participation in medication assisted treatment. The reason flies in the face of medical expertise, and has much to do with stigma, Sunderlin said.

"People who are opioid dependent have this terrible decision to make," Sunderlin explained. "They are damned if they do and damned if they don't. Either they continue to receive the federally recommended treatment they need and fail to meet the conditions of probation, or they have to brave a dangerous and unsupervised detoxification process."

And for pregnant women, the latter choice can dangerously compromise their pregnancies. Regardless of how the parole panel decides, De Samito is still in jail at the moment and without any guarantee that she will receive proper medical treatment. But Texas -- led by Gov. Perry and his claims about women's health and the value of human life -- can take action at the state level to ensure that women like De Samito receive the care they need by implementing a statewide policy guaranteeing methadone treatment and other basic healthcare for people who are incarcerated. (Perry could also accept the Medicaid expansion and reverse course on HB2, ensuring that people across Texas have access to basic medical care -- including drug treatment and comprehensive reproductive healthcare.) But there's more to be done at the federal level, too. This isn't just a Texas problem, of course -- it's a national one. "I want to see state policies that say you must provide this care," Sunderlin said. "I would love to see a federal policy. Federal organizations recommend this care, they know that methadone can be lifesaving. So why aren't they stepping in? Federal and state agencies need to say 'never again.'"