Forget Google Glass! Our next gadgets should take care of us

We're always doting on our devices. Let's reverse that: Here's how our gadgets will soon take care of us 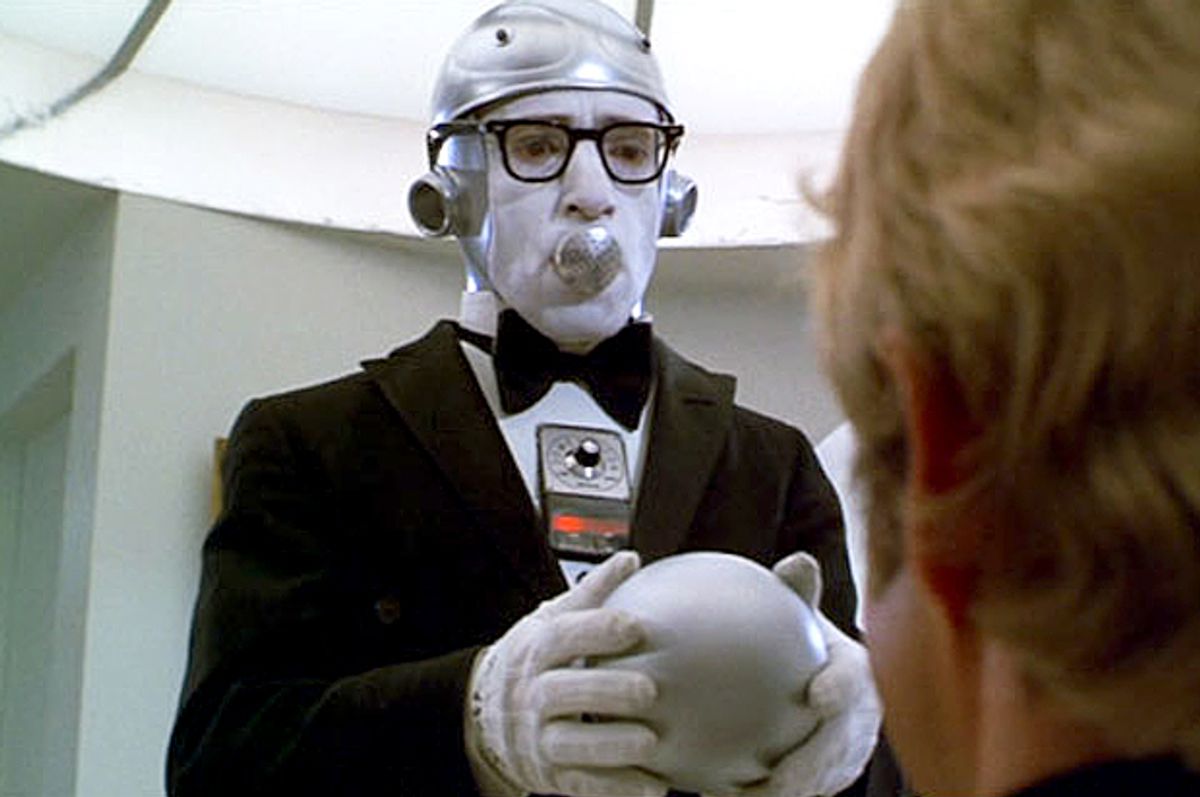 We spend an overwhelming amount of time doting on our electronics: recharging them, updating their software, responding to their every beep and buzz. The direction of this nurturing must be reversed. It’s time our gadgets took care of us.

Consider the relatively mature technology of the automobile. Recent models care for us in many invisible ways. They adjust the heater or air-conditioner to maintain 66 degrees; auto wipers adjust their speed to keep pace with the rain; the radio’s volume decreases when the phone rings; and the brakes quickly pulse 100 times a second to shorten stopping distance. All of these functions happen passively so we can concentrate on driving. Recent models can even parallel park themselves, stop for pedestrians, calculate and maintain a safe distance behind the next car, and reroute to avoid traffic. On a recent visit to the Apple store, I even found a new device called Automatic, which plugs into my car’s dataport, the one meant for mechanics, and talks to my iPhone to rate my driving and interpret the (intentionally) vague check-engine light.

For some time now, the tech world has been buzzing about the potential for the Internet of Things, where connected technology is embedded into hundreds of everyday objects we already use: our cars, wallets, umbrellas, even our trash cans. With products like Google Glass and Samsung’s Gear Watch, this vision is now becoming inevitable reality. However, I want the Internet of Things to be like anti-lock brakes: benign, passive, continuously acting on my behalf without so much as a swipe or glance from me. The Internet of Things should not make me wear stupid, heavy, recharging glasses, constantly download and learn apps, or make silly gestures in front of a screen, "Minority Report"-style. It should remove hassles, distractions and drudgery from my life.

Objects that care for us

One tangible example of a smart, simple and Internet-connected object that cares for us is the GlowCap, a pill bottle cap I designed a decade ago. The GlowCap can remind you with a text message to take your important medication and automatically refill itself before you run out. The caps are now used by Express Scripts, Walgreens and CVS to help people with chronic ailments take critical medications every day.

The NEST thermostat is another great innovation. The company was acquired in April by Google for $3.2 billion, along with a slew of robotics start-ups. The NEST saves you money by noticing when you aren’t home and turning the heat down a few degrees. The technology learns you, and painlessly makes one facet of your life a little easier. Once installed it works silently, reducing your energy bill and helping the planet.

Like curb-cuts, Velcro, polarized sunglasses, shock absorbers, noise-reducing headphones, Gore-Tex and Siri, the interface difference isn’t dramatic, but, taken together, innovations like the GlowCap and NEST will transform your day.

Last year I installed another passive technology in my home, enchanted window shades, which are surprisingly delightful in their automation. I live in an apartment in Boston with three kitchen windows that look across an alley into another set of windows, about 15 feet away. For years my family used cheap, stick-on blinds, which we rarely raised. When we remodeled the kitchen, I installed electric blinds that talk wirelessly to a small white Internet-connected box by Lutron. Instead of programming the blinds to lower and raise at a specific time each day, I decided to program them to raise with sunrise and lower with sunset. The daily experience is better than I anticipated. If I happen to be in the kitchen at dusk, the slow lowering of the blinds gives me a gentle ambient cue — a transition to a new period of the day. Of course I can go to an app and adjust the shades ad hoc, but after the first day, I never bothered. Automagic is better.

Wearables are riding a wave of excitement from media and investors -- I’m talking about you, Google Glass. But there are two pernicious problems with most of the connected objects people have begun wearing on their bodies: They need frequent recharging and their text-based interfaces are a drain on our attention span. The interface on Samsung’s recent Gear Watch, for example, is no different from our phones or tablets. We might as well strap a tablet to our face. Designers need to think harder about parasitic charging and ambient displays and start building objects that take care of themselves.

Last year, I met a couple of Harvard medical school psychiatrists who believe that people would benefit from getting more bright light in the morning to improve their energy, mood and sleep. We developed the world’s first solar-powered, wireless jewelry that never needs to be charged. Simply expose it to the sun and it recharges itself — and you get your own boost of energy at the same time. More ubiquitous computing devices need to harvest parasitic power like this and take care of themselves. Rumors are that Apple’s new watch will employ a similar strategy.

Back when computing power was expensive, our only choice was to cram dozens of programs into every computer and smartphone. We paid for this with clunky interfaces and complexity operating systems, with screens upon screens of icons. But now, computation is so cheap that we can sprinkle it around in our everyday objects, making lots of products a little smarter, while ditching unwieldy screen-oriented gadgets. It sounds like a small tweak in architecture, like getting rid of can openers in favor of pop-tops, but the shift to enchanted objects is profound. Even Facebook realizes that continuing to add more features to its app will cause confusion and bloat. The company’s new strategy is to build a portfolio of simple, purpose-built apps like Messenger, Instagram, What’s App and Paper.

A firm I founded years ago, Ambient Devices, took the approach of austere simplicity with the single-purpose Ambient Orb. It glowed with a single color to represent a change in the stock market. Dark green for up, yellow for neutral, orange for trending down … you get the idea. Our approach to a weather product was to integrate the information into the object itself. If your Ambient Umbrella tries to catch your attention with a little glow, you know why.

This is what our future, the Internet of Things, demands: simple objects that do for themselves and serve you with their magic and ease. Just like your anti-lock brakes.

David Rose’s book "Enchanted Objects: Design, Human Desire, and the Internet of Things" will be published by Scribner on July 15. He is an instructor at the MIT Media Lab.