Another ex-con Republican comes out for sentencing reform

Former Rep. Randy "Duke" Cunningham is out of jail and wants to eliminate mandatory minimums. Imagine that! 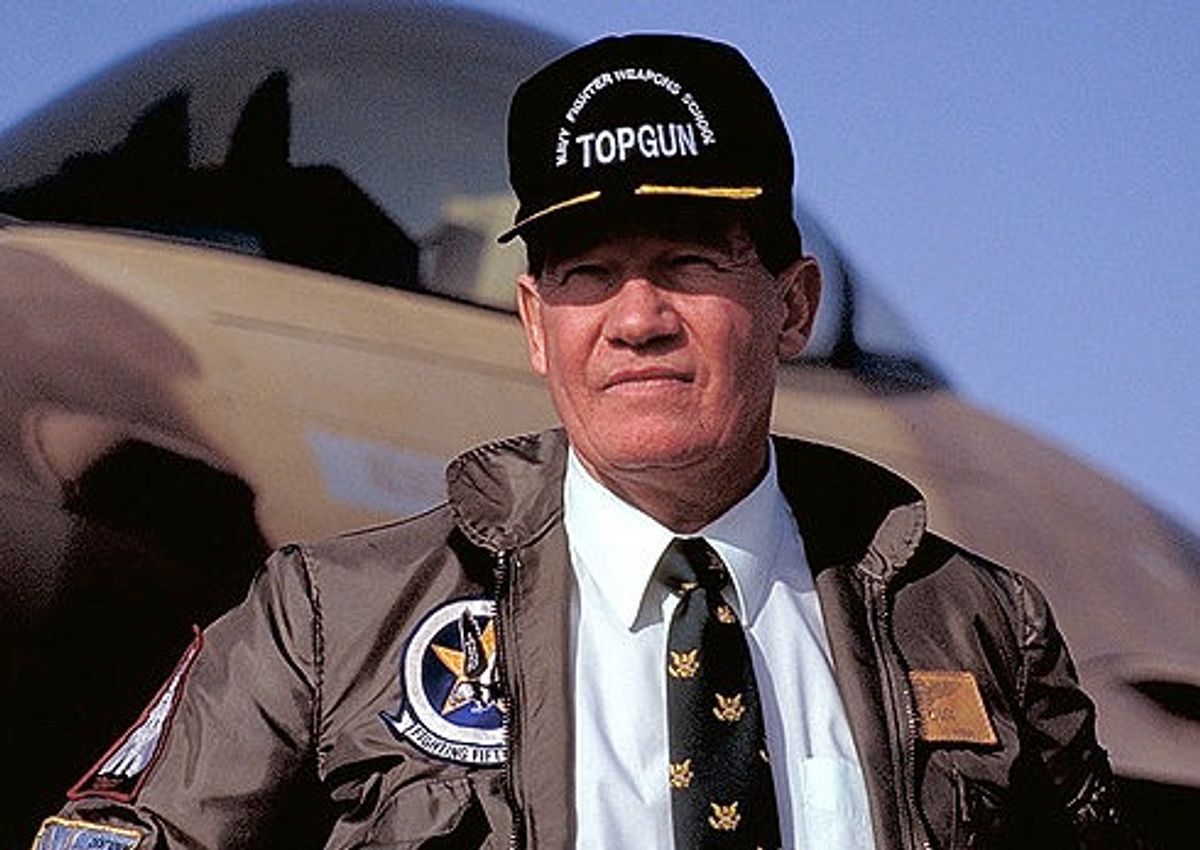 Randy "Duke" Cunningham is a former awful Republican congressman from California who went to jail during the Bush administration for accepting millions of dollars in bribes. He's out now. He lives in Arkansas, where he's "active in his church, he's volunteering with his local fire department, and he even says he's setting up meet-and-greets and fundraisers for Republican gubernatorial candidate Asa Hutchinson in Arkansas." Good for him. Who cares? You should, because he's doing something important!

Cunningham is now throwing his (not very important and unsolicited) weight behind sentencing reform, specifically rolling back mandatory minimum prison sentences for drug crimes and returning discretion to judges. "Unfortunately, some of my Democrat colleagues were right and I was wrong on some issues as far as criminal justice," he tells the Huffington Post.

"We have taken out of the judge's hands the ability to be merciful in some reasons or to do the right thing," Cunningham said. "I've heard case after case where the judges have said, 'I wish I could help you, but my hands are tied.' I want to untie the hands of our judges."

"I saw kids in there who are 19 to 30. They go into prison, they maybe got caught with cocaine or rock or something like that, and they give them 10 years minimum. What do they do when they get out?" Cunningham said. "There's a lot of very nice guys that got caught up."

Cunningham's jail time reflection on mandatory minimums sounds a lot like that of another Republican, former NYPD police commissioner (and short-lived DHS secretary nominee) Bernie Kerik. Kerik appeared on a panel at CPAC this year alongside Texas Gov. Rick Perry and Grover Norquist to talk about criminal justice reform. "Not only did I not know," he said about crazy sentencing guidelines, "I didn't know because I didn't pay enough attention to it." Prison changed that.

Inside prison, he was shocked at what he found: good people. He still feels confident that he sent bad guys away as a police officer, but he had no idea how many others get snared in the net. A good father, a young person who made one mistake, a commercial fisherman who caught too many fish—people whose lives would be forever changed by a felony conviction. "The system," he says of a machine he embodied as much as anyone for decades, "is broken."

It is insane that it takes prominent Republicans a jail sentence to realize that sending anyone to jail for a decade for drug possession is an absolutely mindboggling thing to do that seems to come straight out of one's worst nightmare of a society. One guesses that you put such concerns out of mind during decades of pandering to white suburban parents' fears. At least they get it now.

Sentencing reform is one of -- perhaps the only? -- policy area about which to be optimistic right now. There are certain issues, like bans on same-sex marriage, where the country, especially among younger people, don't really *get* why these things ever existed. Why is it that gay people can't have their relationships recognized by the state? Similarly, why is it that people go to jail for possessing drugs? WHO CAME UP WITH THIS STUFF?

It's heartening to see conservatives like Cunningham, Kerik, Norquist, Perry and Rand Paul come around to the left flank of the Democratic party's view on non-violent criminals, and who cares about their justifications. Perhaps it's still too early, but if the Obama administration wants to achieve anything legislatively for the remainder of his presidency, perhaps it could be on changing federal mandatory minimum sentences.

On the other hand, there are still clowns out there who attempt to recriminalize marijuana possession wherever they see it, so the irrational fear of evil drug crime coming to your kid's playpen must still have some potency.