Michael Peroutka, formerly of the Constitutional Party, is running for Anne Arundel County Council in Maryland 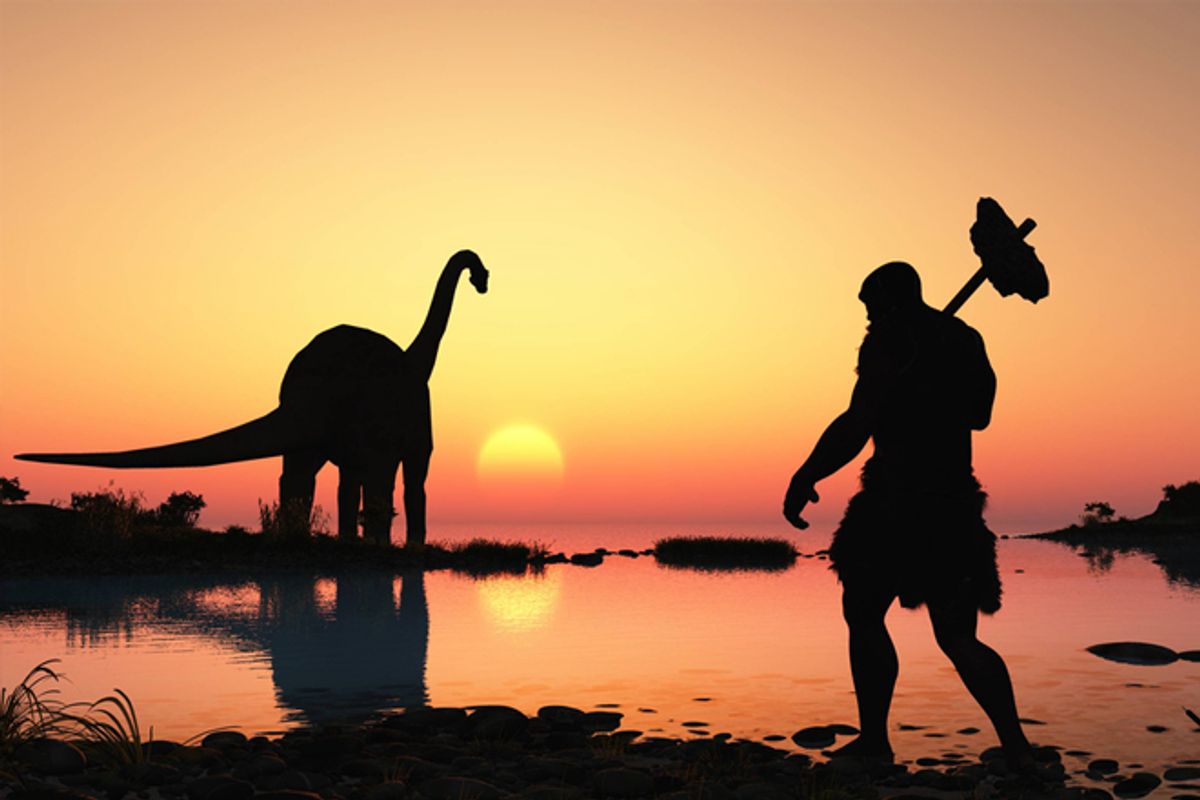 A local candidate in Anne Arundel County, Maryland, donated a dinosaur skeleton to the Creation Museum in Kentucky, according to the Capital Gazette.

Over Memorial Day weekend, Ken Ham's Creation Museum unveiled the skeleton of "Ebenezer," an Allosaurus fragilis. The skeleton, which is part of a pseudo-scientific exhibit claiming that the world is only 6,000 years old, was donated by Michael Peroutka and the Elizabeth Streb Peroutka Foundation -- a family foundation, started by Michael and his brother Stephen and named after their mother. The foundation also gives money to anti-choice organizations and is “dedicated to ending the holocaust of abortion,” according to a speech given by Peroutka.

Peroutka, a debt collection lawyer, is the Republican nominee for the 5th District in the race for Anne Arundel County Council. The Capital Gazette reports:

"He recently won the Republican nomination in District 5 by 38 votes. He will face Democrat Patrick Armstrong in the general election Nov. 4.

"The specimen is an Allosaurus, a 30-foot-long, 10-foot-high fossil unearthed from the Morrison Formation in Colorado, Creation Museum leaders said."

David Meyer, a paleontologist at the University of Cincinnati, states that Allosaurus fossils are millions of years old.

Meyer called the dating of the Allosaurus as 5,000 years old “completely out of line with geological information," according to the Capital Gazette. He explained that the Morrison Formation, where the skeleton was reportedly found, "is roughly 150 million years old."

The Earth's age was discovered by scientist Clair Patterson; it is estimated to be 4.5 billion years old.

Meyer, according to the Capital Gazette, also stated that there is no evidence to suggest that dinosaurs lived 5,000 years ago. He said that the bible has "no relationship whatsoever to scientific understanding,” calling it "rubbish."

As I've stated many times over, the active denial of science in favor of religious text, not based on the scientific method, is detrimental because it stifles curiosity and discovery. If everything can be boiled down to "it's in the Bible," humans would not go searching for the answers to our universe, learn from our past and to continue to build our future.

Just as troubling are some of Peroutka's other views. Though he is registered Republican, he was affiliated with the Constitutional Party, which is anti-abortion and anti-LGBTQ.