I was a drunk, angry teacher

I just wanted to open my students' eyes to social justice and reality. I didn't want them to end up bitter like me 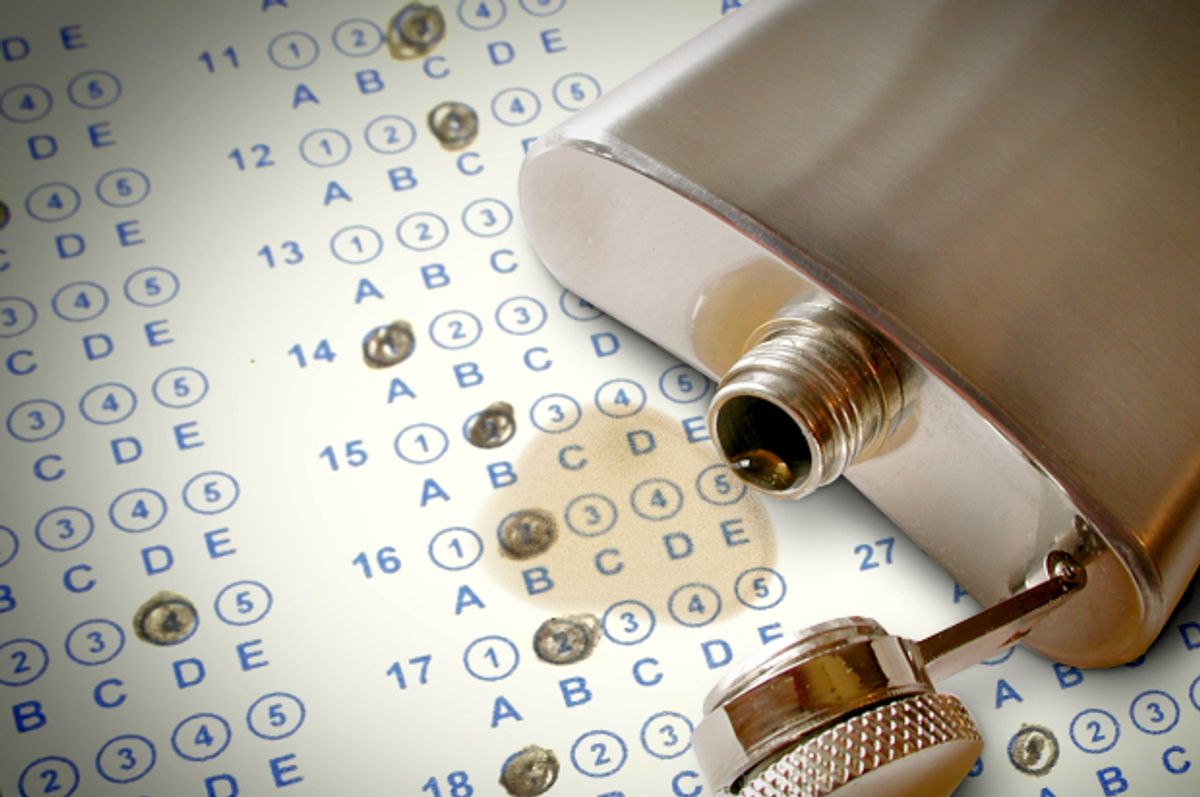 I got sober two years ago. It was the best decision of my life. It’s probably the only reason I still have any life worth living at all.

I’m not sure why I drank the way I did. There are neurological diagnoses, chemical factors and plenty of spiritual explanations. But none of those ever seemed to encapsulate what drove me to drink. For me, it was about managing the misery. And misery, for as long as I could remember, was a suit well-tailored to fit my body.

My struggles were always a product of my permeability. I could never seem to separate out my crap from everyone else’s crap. I guess I never learned how to look at the world and not feel like everyone else’s problems were my own problems, or somehow my fault.

Others rarely took the time to look in the direction of suffering. On the occasions they did, they instantly glanced away, explained away, ran away. They were crafty in the art of deflection. They were refugees from reality. But I was a master of absorption. I was the sin-eating, guilt-gulping, pain-hoarding champion of the world.

As a high school history and ethics teacher, I wanted my students to awaken to that same aching in the world — its injustices and sorrows — and feel similarly accountable. I didn’t want them to look away. Neither ignorance nor apathy were permitted. I demanded that attention be paid.

So I went to work on their psyches. For every flag waved and allegiance pledged, I pummeled them with images of war and genocide that resulted from blind nationalism. I showed them how much of the human imagination has been expended thinking of ingenious ways to exploit and torture as opposed to cooperate and make peace. I asked them to resist prevailing notions of progress and discover the dissenting viewpoints too often scrubbed from the collective consciousness or relegated, at best, to the margins of popular opinion. I insisted that they learn the algorithms of fear-mongering and commercialism being used to calibrate their minds. I shared the wickedness of their historical heroes and humanized their villains. I forced them, as Albert Camus once implored, to side with the executed and not the executioner. But I also insisted that they remember there is a bit of the executioner in us all.

I wanted them to be allies in my struggle, compatriots in my misery. I dreaded the notion of them joining the long gray line of empty suits and skirts, more unreflective consumers than critical citizens.

But I never wanted my students to wake up in the middle of the night in their early 30s, feeling broken and alone, with only a nightstand pint of Jim Beam to ameliorate the pain. No, I never wanted them to be drunks.

I never wanted them to be me.

In retrospect, and through a more sober lens, I realize that opening my students’ eyes to the realities of the world without empowering them to feel like they could truly make a difference was downright reckless, perhaps even abusive. There is, after all, a reason why physicians induce coma in cases of extreme burn victims. The pain can be just too damn unbearable.

At the height of my drinking, it was impossible to imagine a future that was inconsistent with my present: a future with any capacity to puncture the permanence of my affliction. However, in quitting drinking — in having the once-cancelled life rematerialize in front of my eyes — I can now see that cynicism and optimism don’t have to be mutually exclusive. Being critical about the way things are or have been does not preclude believing that things might still get better.

It is our duty — as parents, teachers, counselors, and educators of all kinds — to promote a healthy cynicism in our children without also breeding in them a toxic pessimism. Young people, especially the most sensitive and empathic among us, require mentoring — a transformational leadership apprenticeship, so to speak — so they can learn how to fight injustice without succumbing to depression, fatalism, resentment and likely self-destruction. Without this social justice scaffolding, we can’t be surprised if our children grow up to medicate just as we do: through denial or through drink. Instead, if we insist on providing our kids with the proper guidance, self-care tools and support networks as they stay awake to the pain of it all, our children will be better able to grapple with the world’s demons without feeling consigned to an eternal Hell.