"Carbon dioxide is actually a benefit to the world, and so were the Jews," the physicist explains 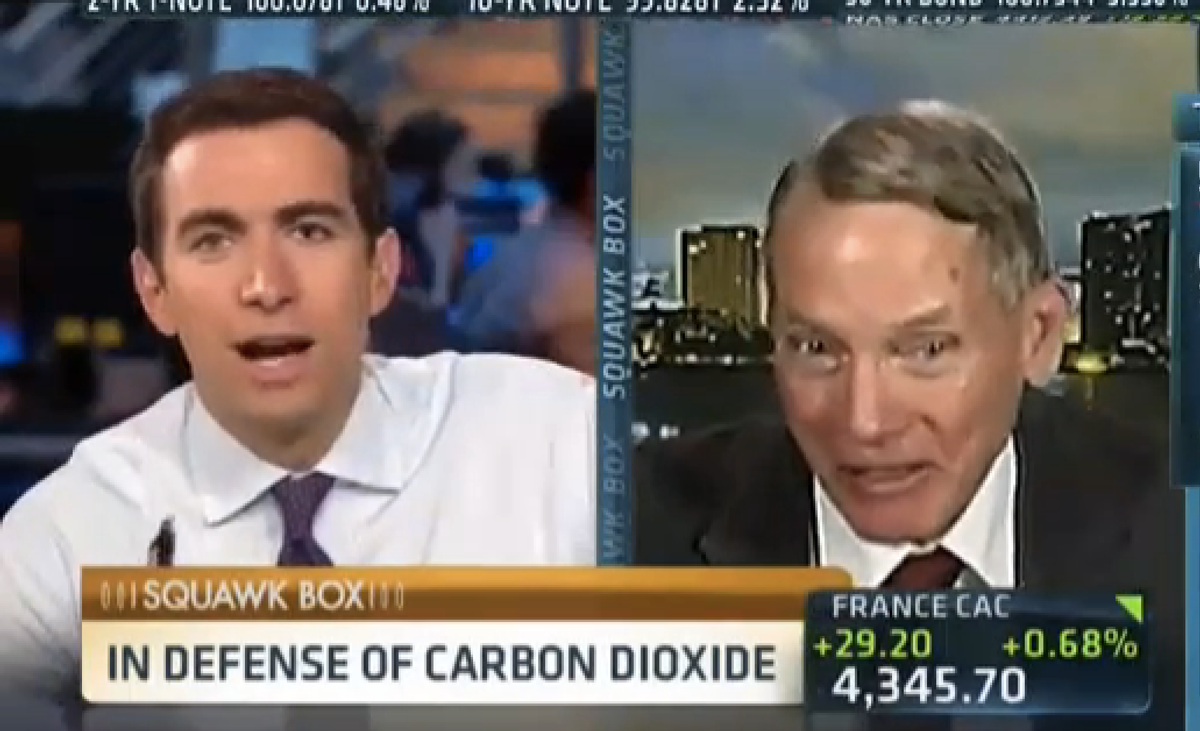 In the spirit of "balance," CNBC invited physics professor William Happer, who insists that carbon dioxide is not a pollutant and once compared its treatment of such to that of Jews during the Holocaust, to further elaborate on his views "in defense of carbon dioxide."

Not surprisingly, Happer, who servers as chairman of the Marshall Institute, an Exxon-funded think tank dedicated to climate denial, used the opportunity to double down on his previous comments, explaining to co-hosts Joe Kernen and Andrew Ross Sorkin that  "the demonization of carbon dioxide is just like the demonization of the poor Jews under Hitler" because "carbon dioxide is actually a benefit to the world, and so were the Jews."

Happer gripes that he's sick of being called a "denier" (sorry, man), but the designation of "expert" doesn't quite fit the bill: as Media Matters notes, he's yet to publish any peer-reviewed research related to climate change, let alone anything that would contradict the scientific consensus that man-made carbon emissions are contributing to the phenomenon. To CNBC's credit, Sorkin didn't make things easy for the professor, challenging him on the seemingly obvious industry interests coloring his fringe opinions. A better strategy? Make like the BBC and stop pretending these unsubstantiated, anti-science and downright offensive views are even worth debating.

Here's the clip, via Media Matters: