Dick Cheney’s biggest regret: Not invading Iraq and Iran at once 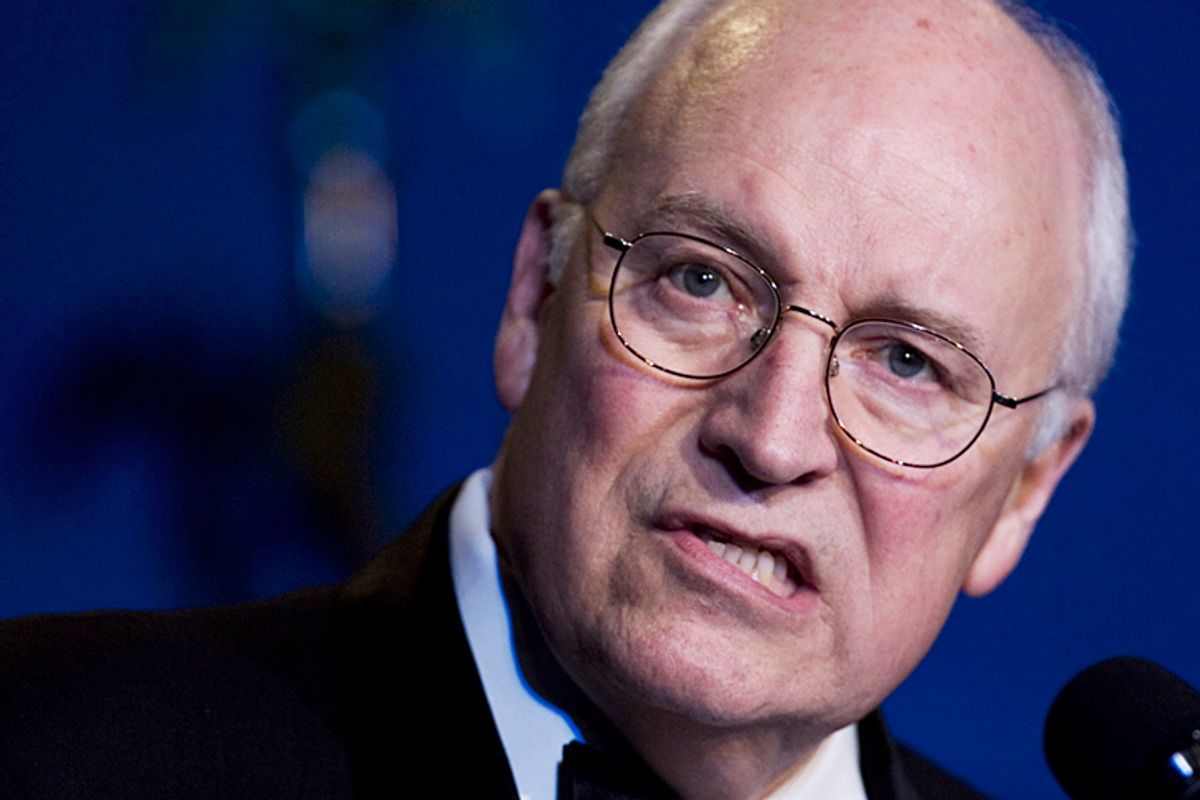 Former Vice President Dick Cheney continued his latest jaunt through the media circuit on Monday, sitting down with Politico's U.S. Chamber of Commerce enthusiast Mike Allen to discuss Iraq, 2016 and why he opposes the "isolationist" strand (read: Rand Paul) growing within the GOP. Salon's Jim Newell was there and wrote about it here. It sounds like it was pretty terrible.

But according to a report from Newsweek reporter Leah McGrath Goodman, Cheney actually saved his most terrible moment on Monday for a closed-door meeting with a bunch of Goldman Sachs bankers. Here's what Goodman reported on Twitter at around 8 o'clock, Eastern time, Monday night:

Asked by ThinkProgress editor in chief Judd Legum about her sourcing, Goodman replied:

While Cheney's revelation — assuming, of course, Goodman's source is telling the truth — is shocking, it's not entirely unthinkable.

As has been widely reported, there was a "joke" that was popular among members of the Bush administration during the run-up to the disastrous invasion of Iraq, a joke intended to signal neoconservatives' ultimate goal to, one day, topple the government of Iran. Forget Baghdad, went the joke: "Real men go to Tehran."

Moreover, legendary investigative journalist Seymour Hersh reported in 2008 that Cheney considered a "false flag" operation to throw the U.S. into war with Iran. The idea was to have American members of the Navy "attack" a U.S. ship while pretending to be members of Iran's military. Cheney ultimately scrapped the plan, determining it was unwise to have Americans attack one another.

One wonders if today, as he frets over his failure to involve his country in three wars at once, he still feels the same.