In a good sign for reformers, Obama has come out against the House GOP's ploy to block DC pot decriminalization 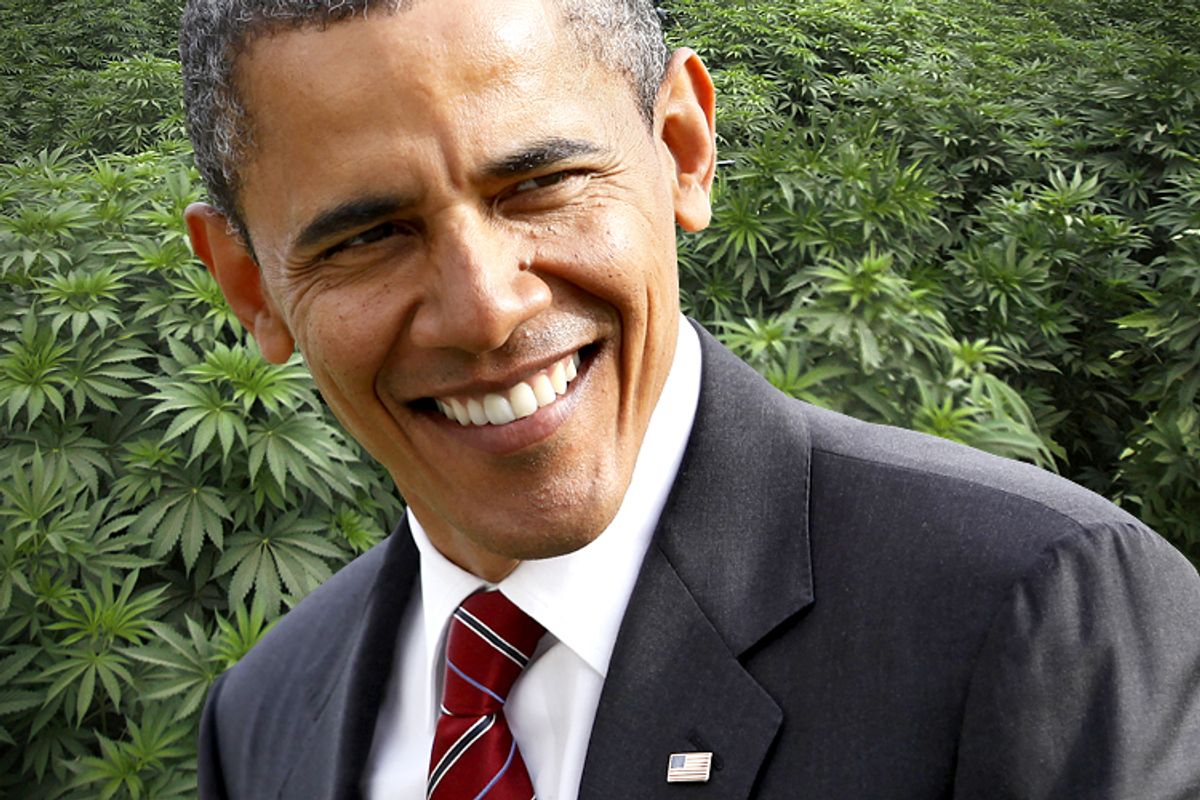 But there are still some insane people out there, specifically in ... oh what's it called ... the "United States House of Representatives." And because Congress, technically, has to appropriate the District's budget -- a budget based on money that the local government itself raises -- all it takes is one of these insane people looking for a good ol' culture-war headline to clip for the old folks back home during election season to make a fuss and block the District from enforcing its laws.

Late last month during an appropriations subcommittee markup, Republican Rep. Andy Harris, representing Maryland's Eastern Shore, introduced and successfully passed an amendment depriving the District of funds to enforce the new marijuana decriminalization law. Harris, appealing to his credentials as a physician, cited the detrimental effects of marijuana on teenagers' brains. (He did not take into question the effect of teenagers or parents of teenagers being locked up for possessing marijuana on teenagers' brains.) Most District politicians rolled their eyes and heckled Harris.

The appropriations bill covering the District's budget, and a whole host of other things, is being considered by the full House this week. The White House issued a veto threat against it yesterday, outlining its complaints in a seven-page statement. Among the White House's concerns are cuts to the IRS, SEC and other agencies; it also objects to language that would subject the new Consumer Financial Protection Bureau's budget to the appropriations process (i.e., allow financial services lobbyists to obliterate the Consumer Financial Protection Bureau).

But tucked away on Page 5 is a whole section on the District of Columbia. First, the White House supports so-called budget autonomy, allowing the District to manage its budget without congressional approval, and to eliminate the congressional review period for new laws. The administration also opposes the usual Republican attempts to block the District "from using its local funds for abortion services" or from funding its needle exchange program.

And then there's this:

Similarly, the Administration strongly opposes the language in the bill preventing the District from using its own local funds to carry out locally-passed marijuana policies, which again undermines the principles of States' rights and of District home rule. Furthermore, the language poses legal challenges to the Metropolitan Police Department's enforcement of all marijuana laws currently in force in the District.

That President Obama included this in a veto threat should not just be of interest to marijuana reformers who live in the District of Columbia. It's another marker of the acceptance of drug law reform within the Democratic Party.

During Obama's first term, he mostly met serious questions about reforming marijuana laws with dumb jokes about stoners. Since then, a number of states have decriminalized marijuana and two states have legalized recreational marijuana use. The politics have shifted and Democratic politicians are taking notice. While it's unlikely that the grounds have changed clearly enough to make it politically safe for a viable Democratic presidential candidate to call for outright legalization, or perhaps even decriminalization, questions about those issues can no longer just be laughed off.

For national Democratic politicians, the politics of marijuana are about where the politics of same-sex marriage were a half-dozen years ago: in that middle ground where you personally might not feel safe endorsing legalization or decriminalization, but you do assertively protect the rights of states and localities to change their laws in that direction as they please. As time goes on, this argument of convenience doesn't hold: Democrats are not the party that defers civil rights questions to state governments -- especially when, in the case of marijuana, there are a lot of federal laws against it on the books. Eventually that paradox catches up to them and they have to endorse federal action on these issues.

How will this timeline play out? Hillary Clinton is still firmly in the "let the states figure it out" position on issues of marijuana decriminalization and/or legalization. Maybe, by 2016, she will "evolve" on that issue, or risk being penalized for not doing so.