CNBC's star ranter is a class warrior, Krugman argues, and he's fighting for the one percent 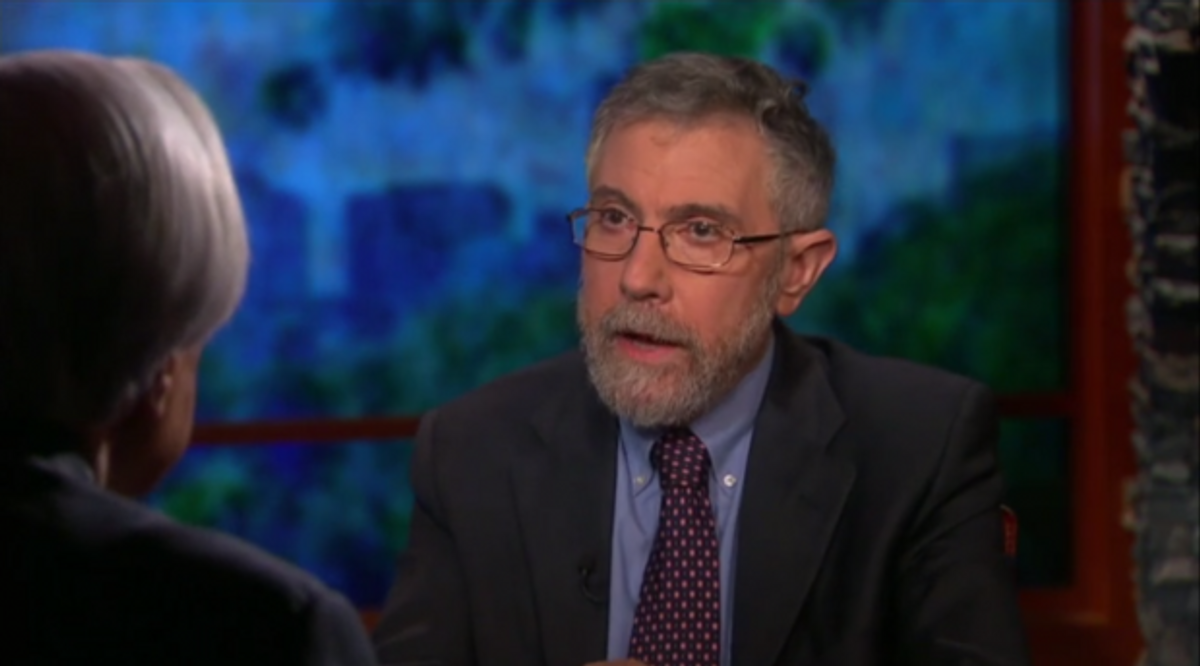 Way back in early 2009, a man named Rick Santelli, a conservative talking head for CNBC, unleashed a very passionate rant about how President Barack Obama was mismanaging the economy, rewarding "losers," and imperiling the future of freedom. In the midst of his rage, he called for a new Tea Party. His call was heeded.

In the time since, Santelli has enjoyed his reputation as the "godfather" of the Tea Party movement, calling his rant "the best five minutes of my life." During these years, he's also made a whole bunch of predictions — almost all of them concerning impending economic doom due to the policies embraced by Obama and the Federal Reserve. None of these predictions have come true.

So when CNBC's Steve Liesman went after Santelli on Monday for being consistently wrong about topics on which he's a supposed expert, he did not lack for material. Which doesn't mean, of course, that Santelli didn't take the criticism with dignity or grace. Here's video of their interaction:

And for those who cannot watch video, here's a transcript of Liesman's succinct explanation of why Santelli should not be taken seriously:

But while this rare moment of seemingly unscripted authenticity on CNBC was shared all across the internet, and was especially cherished by Santelli's many critics, Paul Krugman couldn't help but notice something. Despite the fact that Santelli is so thoroughly dismantled by Liesman, the Tea Party's self-proclaimed founder still got a round of applause from the traders when he screamed he had been "right all along."

"Think about that," Krugman writes. "Liesman is of course right about Santelli’s record, and as I’ve pointed out many times this goes for all the inflationistas. So any trader who believed him would have lost money hand over fist. So why the applause?"

Krugman's explanation doubles back to Santelli's earlier, Tea Party-launching rant, the one in which he so vehemently slammed the Obama administration for seeking to help "losers" whose homes had cratered in value. Simply put, Krugman says, Santelli is still beloved by traders and their ilk because he is "their kind of guy." And what kind of guy is that?

"[H]e hates the poors," Krugman snarks, "he hates people who want to help the poors, he was trashing Janet Yellen for suggesting that she actually cares about the plight of the unemployed. And the traders feel the same way. So they like Santelli even though he’s been wrong about everything."

It's class war, in other words — with Santelli, and his adoring traders, knowing which side they're on. It's probably not yours.