Would you take a "hot car challenge"? 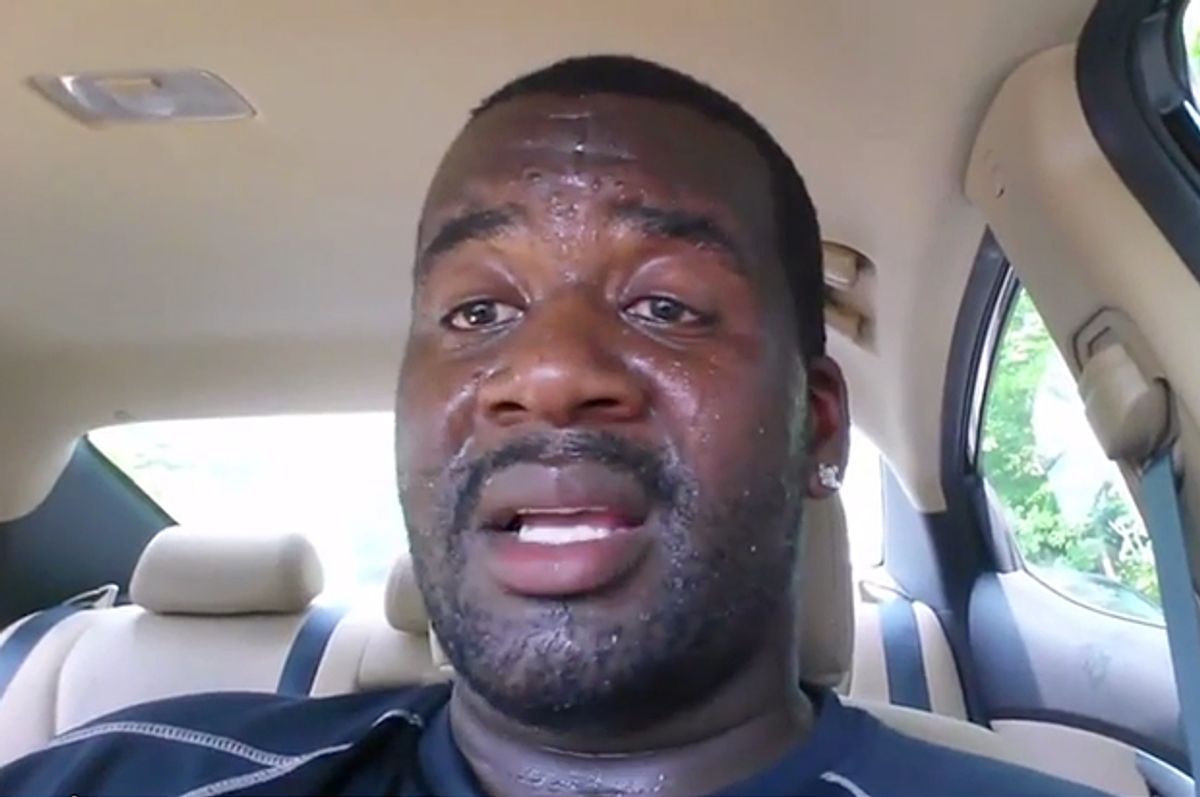 It's an extreme way to make a point -- and a vivid warning to parents.

This has been shaping up, strangely enough, to be a summer of heightened fears about the dangers of leaving children unattended in hot cars. It began with the horrific death last month of 22-month-old Cooper Harris. Harris' father is now charged with felony murder and second-degree child cruelty. And the boy's death was followed by a slew of similar news stories about other children being left alone, sometimes with similarly fatal consequences. At least 17 children have died so far this year in hot cars. There are, however, some consoling aspects to these tales. For starters, that number of children who've died of vehicular heatstroke is actually lower so far this year than in years past. And for another thing, all those headlines have made for a deeper public awareness of the risks of what can happen when a child is left in a car on a summer day.

Shortly after the death of Harris in June, YouTube user Terry Bartley decided to demonstrate exactly how intense the inside of a car can be. In a one half-minute video, the Greensboro, North Carolina, father of three sits inside his vehicle on a warm day, sweat pouring off him. "I can barely breathe," he admits, "but my system is stronger than a kid's." Bartley explains, "I want to know how it feels, to be left in the car, sitting in the back seat strapped into a car seat with the windows up and doors probably locked…. I want to know how it feels. And I will never leave my kids in a car like this. Ever. I don't even care if the car is running with the AC on. This is wrong. We go through this every year, year after year. There'll always be some fool that wants to leave the kid in the backseat of the car and forget all about him."

After just 10 minutes, a car outside in the daytime sun can heat up almost 20 degrees. As USA Today noted earlier this month, even if the outside temperature is in the 60s, in the span of an hour the inside of a car can reach 110 degrees. On an 80-degree day, it can rise to over 120. And a child's body will react to the temperature change three times faster than an adult's. But dry statistics don't have the impact of personal experience. Bartley's "hot car challenge" – an invitation to other parents to undergo the same experience of, as he puts it, "feeling like I was in a microwave" – has gone viral. His video has been viewed more than 1,300,000 times, and other individuals have posted their own versions. There's a Louisiana cop with a PSA to "encourage you not to leave your child or children inside a hot vehicle even if you're just going to run into the store real quick," in which he looks increasingly agitated and uncomfortable as the time ticks by. Two young YouTubers sip sweet tea and endure 20 minutes of increasing misery. A woman does the challenge, briefly, with her kids and dog and says, "Everybody take care, let's have a better summer."

You don't have to put yourself in a potentially dangerous and assuredly unpleasant situation to understand the importance of responsible caretaking, and it'd certainly be unfortunate if anyone were to suffer heatstroke to make a point about the dangers of overheating. But Bartley's goal of raising awareness has certainly been met. Sometimes, a visceral reminder of the consequences of thoughtlessness can be a powerful learning tool, and a few minutes sweating it out can teach a lifetime lesson.