Before realizing his mistake, the candidate told a reporter he saw "the fear" on the faces ... of the YMCA campers 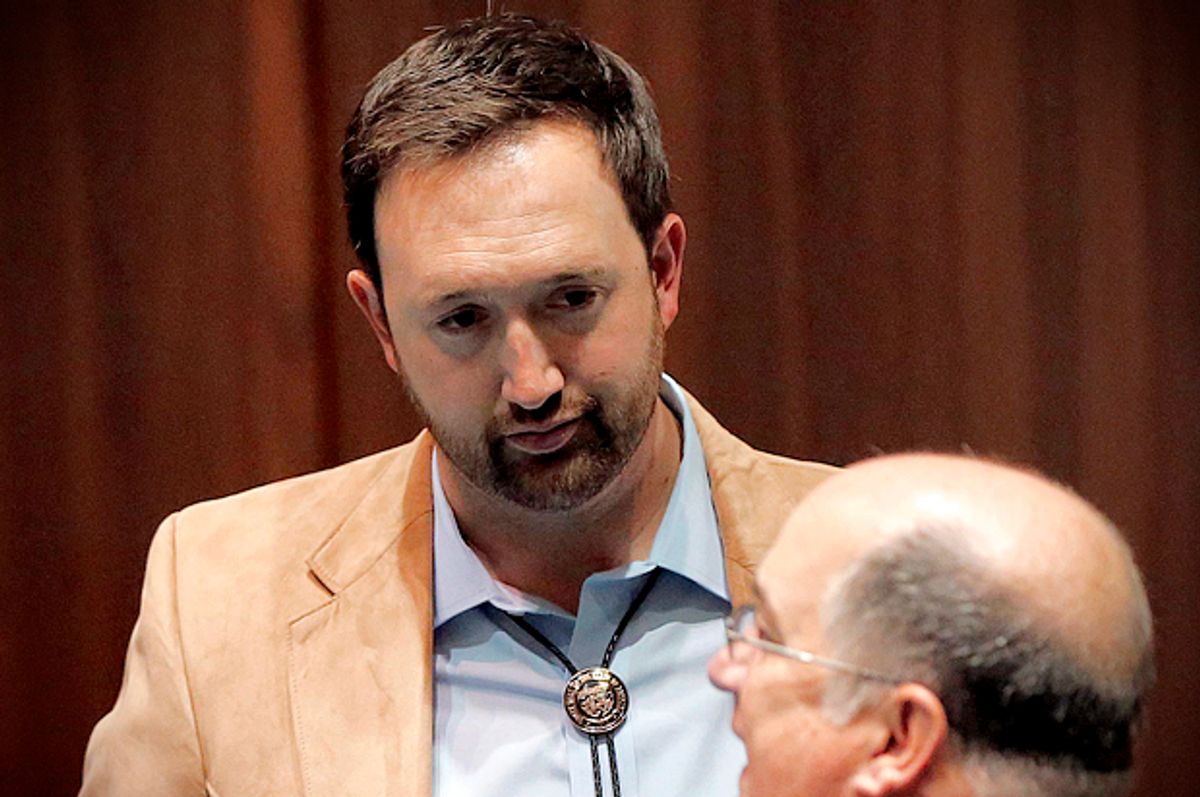 Hoping to get in on the growing trend of low-level Republican politicians pandering to the most virulently xenophobic and hateful elements of the GOP base, Arizona congressional candidate and Republican state Rep. Adam Kwasman thought he had hit the jackpot when he came upon a yellow school bus full of migrant children.

Now I, Adam Kwasman, will have my chance to rail against a collection of terrified and innocent kids and thus somehow prove my devotion to the Constitution! Kwasman said to himself (not really).

He even tweeted a picture of the bus so his legions of followers would know he is not a man afraid to be on the scene, getting his hands dirty, fighting for the American way of life and the rule of law: And he was totally on-point, except for one minor detail: The bus was from the YMCA, was full of YMCA campers, and was not in any way related to undocumented immigrants or migrant children.

Before an Arizona television reporter was able to inform Kwasman of his considerable error, however, the candidate seized the opportunity to wax indignantly and self-righteously in front of the camera about how he "was actually able to see some of the children in the buses" and how he could see "fear on their faces."

"This is not compassion," he solemnly intoned.

Once said reporter did tell Kwasman that he was completely, 100 percent, unquestionably wrong, though, the Republican was quick on his feet: "[T]hose children were sad, too!" he responded. (This would've been a good line if there were any migrant children whatsoever and — again, just to be totally clear — there were not, so the "too" doesn't quite exactly work ...)

Made aware of his mistake, Kwasman deleted the tweet pictured above, and followed up with a clarification:

You can watch Kwasman make an abject fool of himself below: