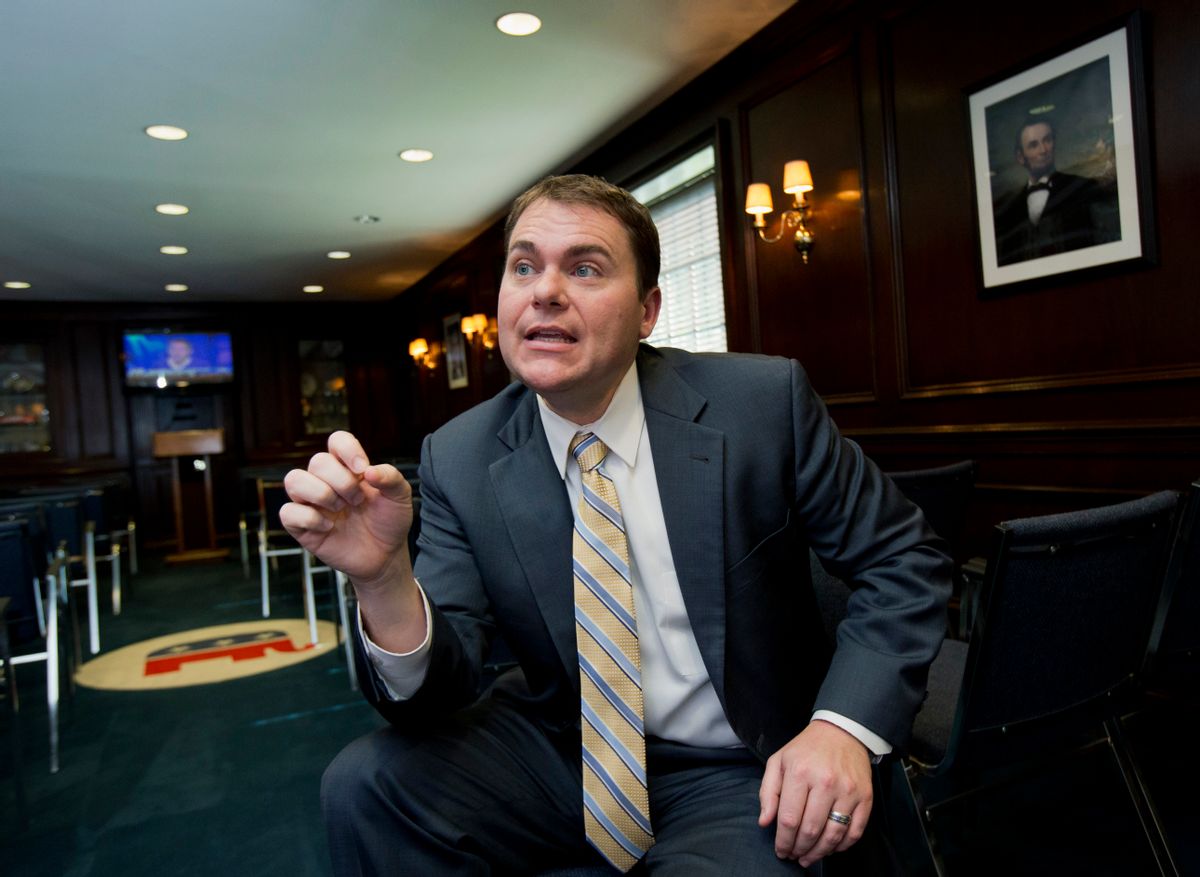 This photo taken June 23, 2014 shows California Republican congressional candidate Carl DeMaio speaking at the National Republican Club of Capitol Hill in Washington. DeMaio is one of three openly gay Republicans running for Congress this year, but hes the only one who has managed to make political adversaries of both social conservative and gay rights organizations. Hes too open about his sexual orientation for some social conservatives, but too far to the right and too quiet on social issues to win over the gay rights groups. And thats just fine for DeMaio, who stresses fiscal conservatism to try to attract voters in Californias 52nd Congressional District. DeMaio gives the GOP one of its best chances for winning a Democratic-controlled seat. (AP Photo/Manuel Balce Ceneta) (AP)
--

WASHINGTON (AP) — Carl DeMaio figures he must be doing something right if both social conservatives and members of the gay rights community oppose his campaign for Congress.

DeMaio, who is gay, says — quote — "It means you're right in the middle where the American people are."

Running in a district almost evenly divided among Democrats, Republicans and independents, DeMaio gives the GOP one of its best chances for winning a Democratic-controlled seat, this one in the San Diego area.

Meanwhile, the socially conservative Family Research Council and others weighed in during the primary with mailers, robocalls and radio ads to boost the prospects of another Republican.