I was poor, but a GOP die-hard: How I finally left the politics of shame

I hated government -- even as it was the only thing trying to save me. Here's how, one day, I finally saw the light 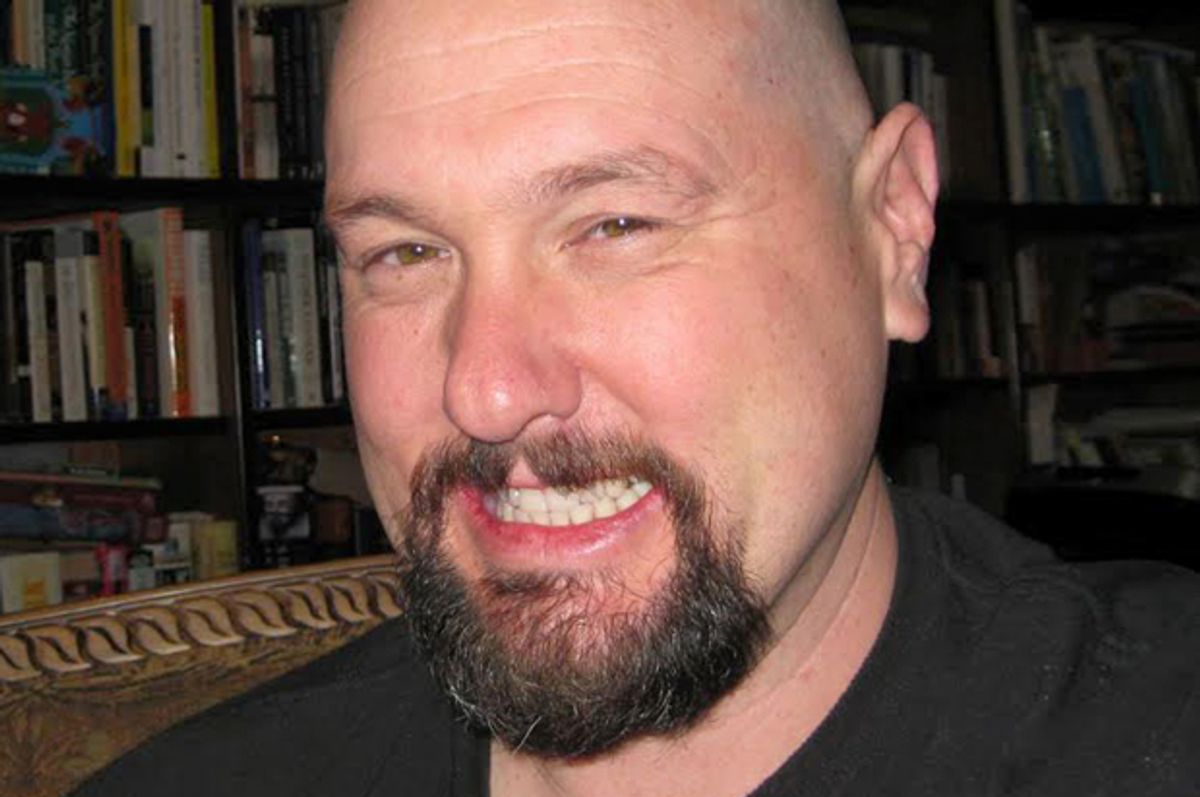 I was a 20-year-old college dropout with no more than $100 in the bank the day my son was born in 1994.  I’d been in the Coast Guard just over six months. Joining the service was my solution to a lot of problems, not the least of which was being married to a pregnant, 19-year-old fellow dropout.  We were poor, and my overwhelming response to poverty was a profound shame that drove me into the arms of the people least willing to help — conservatives.

Just before our first baby arrived, my wife and I walked into the social services office near the base where I was stationed in rural North Carolina. “You qualify for WIC and food stamps,” the middle-aged woman said.  I don’t know whether she disapproved of us or if all social services workers in the South oozed an understated unpleasantness.  We took the Women, Infants, Children vouchers for free peanut butter, cheese and baby formula and got into the food stamp line.

Looking around, I saw no other young servicemen.  Coming from the white working class, I’d always been taught that food stamps were for the “others” — failures, drug addicts or immigrants, maybe — not for real Americans like me.  I could not bear the stigma, so we walked out before our number was called.

Even though we didn’t take the food stamps, we lived in the warm embrace of the federal government with subsidized housing and utilities, courtesy of Uncle Sam.  Yet I blamed all of my considerable problems on the government, the only institution that was actively working to alleviate my suffering. I railed against government spending (i.e., raising my own salary).  At the same time, the earned income tax credit was the only way I could balance my budget at the end of the year.

I felt my own poverty was a moral failure.  To support my feelings of inadequacy, every move I made only pushed me deeper into poverty.  I bought a car and got screwed on the financing.  The credit I could get, I overused and was overpriced to start with.  My wife couldn’t get or keep a job, and we could not afford reliable day care in any case.  I was naive, broke and uneducated but still felt entitled to a middle-class existence.

If you had taken WIC and the EITC away from me, my son would still have eaten, but my life would have been much more miserable.  Without government help, I would have had to borrow money from my family more often.  I borrowed money from my parents less than a handful of times, but I remember every single instance with a burning shame.  To ask for money was to admit defeat, to be a de facto loser.

To make up for my own failures, I voted to give rich people tax cuts, because somewhere deep inside, I knew they were better than me.  They earned it.  My support for conservative politics was atonement for the original sin of being white trash.

In my second tour of duty, I grew in rank and my circumstances improved.  I voted for George W. Bush.  I sent his campaign money, even though I had little to spare. During the Bush v. Gore recount, I grabbed a sign and walked the streets of San Francisco to protest, carrying my toddler on my shoulders.  I got emotional, thinking of “freedom.”

Sometime after he took office, I watched Bush speak at an event.  He talked of tax cuts.  “It’s the people’s money,” he said.  By then I was making even better money, but I didn’t care about tax cuts for myself.  I was still paying little if any income tax, but I believed in “fairness.” The “death tax” (aka the estate tax) was unfair and rich people paid more taxes so they should get more of a tax break.  I ignored my own personal struggles when I made political decisions.

By the financial meltdown of 2008, I was out of the military and living in Reno, Nevada —  a state hard hit by the downturn.  I voted libertarian that election year, even though the utter failure of the free market was obvious.  The financial crisis proved that rich people are no better than me, and in fact, are often inferior to average people.  They crash companies, loot pensions and destroy banks, and when they hit a snag, they scream to be rescued by government largess.  By contrast, I continued to pay my oversize mortgage for years, even as my home lost more than half its value.  I viewed my bad investment as yet another moral failure.  When it comes to voting and investing, rich people make calculated decisions, while regular people make “emotional” and “moral” ones.  Despite growing self-awareness, I pushed away reality for another election cycle.

In 2010, I couldn’t support my own Tea Party candidate for Senate because Sharron Angle was an obvious lunatic.  I instead sent money to the Rand Paul campaign.  Immediately the Tea Party-led Congress pushed drastic cuts in government spending that prolonged the economic pain.  The jobs crisis in my own city was exacerbated by the needless gutting of government employment.  The people who crashed the economy — bankers and business people — screamed about government spending and exploited Tea Party outrage to get their own taxes lowered.  Just months after the Tea Party victory, I realized my mistake, but I could only watch as the people I supported inflicted massive, unnecessary pain on the economy through government shutdowns, spending cuts and gleeful cruelty.

I finally “got it.”  In 2012, I shunned my self-destructive voting habits and supported Obama. I only wished there were a major party more liberal than the Democrats for whom I could vote.  Even as I saw the folly of my own lifelong voting record, many of my friends and family moved further into the Tea Party embrace, even as conservative policies made their lives worse.

I have a close friend on permanent disability.  He votes reliably for the most extreme conservative in every election.  Although he’s a Nevadan, he lives just across the border in California, because that progressive state provides better social safety nets for its disabled. He always votes for the person most likely to slash the program he depends on daily for his own survival.  It’s like clinging to the end of a thin rope and voting for the rope-cutting razor party.

The people who most support the Republicans and the Tea Party carry a secret burden.  Many know that they are one medical emergency or broken down car away from ruin, and they blame the government.  They vote against their own interests, often hurting themselves in concrete ways, in a vain attempt to deal with their own, misguided shame about being poor.  They believe “freedom” is the answer, even though they live a form of wage indenture in a rigged system.

I didn’t become a liberal until I was nearly 40. By the time I came around, I was an educated professional, married to another professional.  We’re “making it,” whatever that means these days.  I gladly pay taxes now, but this attitude is also rooted in self-interest.  I have relatives who are poor, and without government services, I might have to support them.  We can all go back to living in clans, like cavemen, or we can build institutions and programs that help people who need it.  It seems like a great bargain to me.

I’m angry at my younger self, not for being poor, but for supporting politicians who would have kept me poor if they were able.  Despite my personal attempts to destroy the safety net, those benefits helped me.  I earned a bachelor’s degree for free courtesy of a federal program, and after my military service I used the GI Bill to get two graduate degrees, all while making ends meet with the earned income tax credit.  The GI Bill not only helped me, it also created much of the American middle class after World War II.  Conservatives often crow about “supporting the military,” but imagine how much better America would be if the government used just 10 percent of the military budget to pay for universal higher education, rather than saddling 20-year-olds with mortgage-like debt.

Government often fails because the moneyed interests don’t want it to succeed.  They hate government and most especially activist government (aka government that does something useful).  Their hatred for government is really disdain for Americans, except as consumers or underpaid labor.

Sadly, it took me years — decades — to see the illogic of supporting people who disdain me.  But I’m a super-slow learner.  I wish I could take the poorest, struggling conservatives and shake them.  I would scream that their circumstances or failures or joblessness are not all their fault.  They should wise up and vote themselves a break.  Rich people vote their self-interest in every single election.  Why don’t poor people?