Jon Stewart to Hillary Clinton: "It sounds to me like you're running for president" 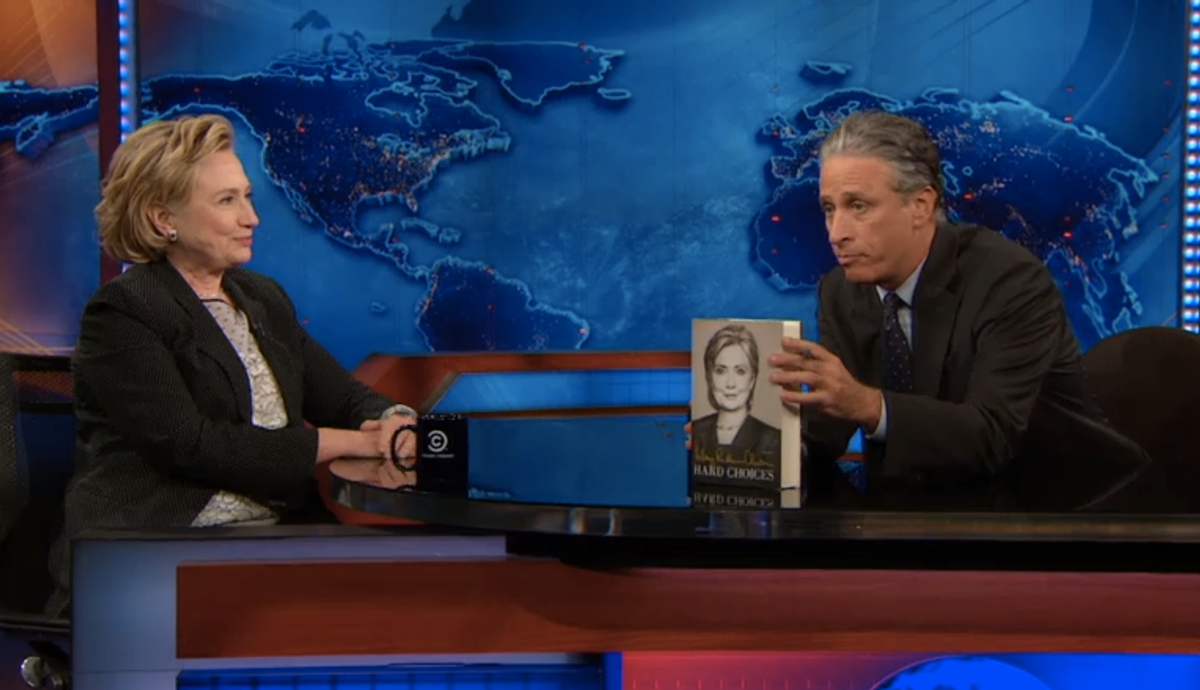 Stewart immediately grilled her on whether she's running for president. He even brought out a handy little "aptitude" quiz, which asked questions about home officing preferences, and offices with or without corners. "It sounds to me like you're running for president," Stewart stated. Watch part one below:

In the second half of the interview, Stewart got down to policy, asking Clinton about bureaucracy, the role of government and the United States' status in the world. Watch part two below: