"Orange Is the New Black" husband Larry Smith seems like a nice guy. Why is his TV self such a jerk?

Mainly because of Jason Biggs, but not entirely 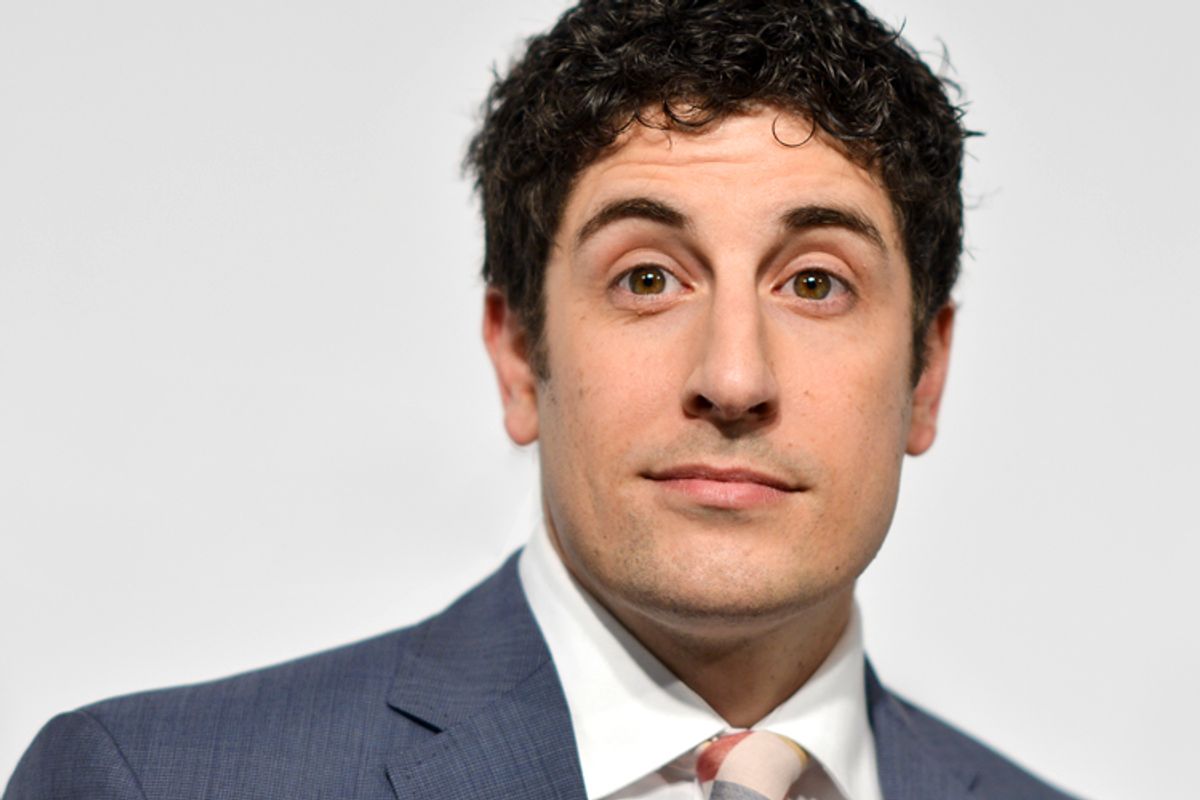 In a new essay for Medium, Larry Smith, the husband of prison memoirist Piper Kerman, tells the story of how he and Kerman met and fell in love. It's a necessary corrective -- because "Larry Bloom," the Smith avatar on the TV show adapted from Kerman's life and work, is a nightmare. Smith practically had to write this piece in order to defend his good name and make clear he's not the disaster Jason Biggs portrays on "Orange Is the New Black." But why has the show ruined his good (first) name?

The Larry we meet in Medium is deeply empathetic and understanding of his current wife (at the time, his fiancée) and her past mistakes, making every effort to visit her as much as possible and keep her in commissary money. The Larry on "Orange Is the New Black" spends much of his time in the first season strategizing on how to get fame as a writer from Kerman's imprisonment, and ends up more or less abandoning her in favor of sex with her best friend. Larry, in real life, tells us that he remained intimately involved in Kerman's life during her time in prison as best he possibly could; Larry, on the show, has already exploited her story in the immediate moment and, having used that up, abandons her first emotionally long before the relationship is officially over.

To be clear, there's a big difference in the manner Larry Smith writes about Piper Kerman and the way Larry Bloom writes about Piper Chapman. Smith is in a sense defending himself: When he heard of Kerman's past crimes, he writes, "The blood did not drain out of my body leaving me lifeless, nor did I lose my mind and start screaming. I didn’t, like Larry Bloom, exclaim, 'Who are you? I feel like I’m in a Bourne movie! Have you killed?'" That's because that's an outsized, demonstrative reaction that makes no actual sense in the context of a loving relationship.

I've heard many people say that Larry Bloom is the flaw in "Orange Is the New Black," the element without which the show would make sense -- and Jason Biggs' callow performance (and despicable social media presence) certainly does the character no favors. But Larry Bloom is more a symptom of the show's imperfections. The show tends to move situations in one direction only: Toward a morality whereby every character who is not Bad is Good. That means that the guards and prison officials can't just be authoritarian in a way that makes one sympathetic to the prisoners; they have to be, as Alysia Reiner's laughably nasty assistant warden Fig, corrupt monsters. The character of Vee, explicitly a villain, pops up behind characters like she has magical powers and never seems to think of anything but how she can make other people miserable, while Vee's fellow inmates' back stories tend to go past humanizing into hagiographic. Piper's family utterly fails to understand what she's going through in a manner that shifts from failure of imagination to sociopathy. This cut-and-dried morality generally works for the show, as far as it goes -- and has given us several really rewarding characters. It's also given us several really unrewarding ones -- Larry the worst of them.

A partner like Larry Smith, who supports his now-wife through an incarceration, doesn't fit into the show's vision. And that's fine; TV lives or dies by conflict, and the ones in Smith's essay are a bit too small-scale for the show. It would have been a very difficult needle to thread, perhaps, to keep Piper and Larry together and show his building frustration without having him turn into a complete jerk. As things stand now he's not merely tangent to the action of the show, he's a bundle of nasty behaviors bound together by an actor ill-equipped to find the humanity the writers didn't provide. If Larry Bloom is really to leave Piper, let him just be gone. It'd be a relief: For all that "Orange Is the New Black" does well, its depiction of ties to the outside falls way short of the real story.