Surprise! Morality-based abstinence education only works for people with those beliefs (and it harms everyone else) 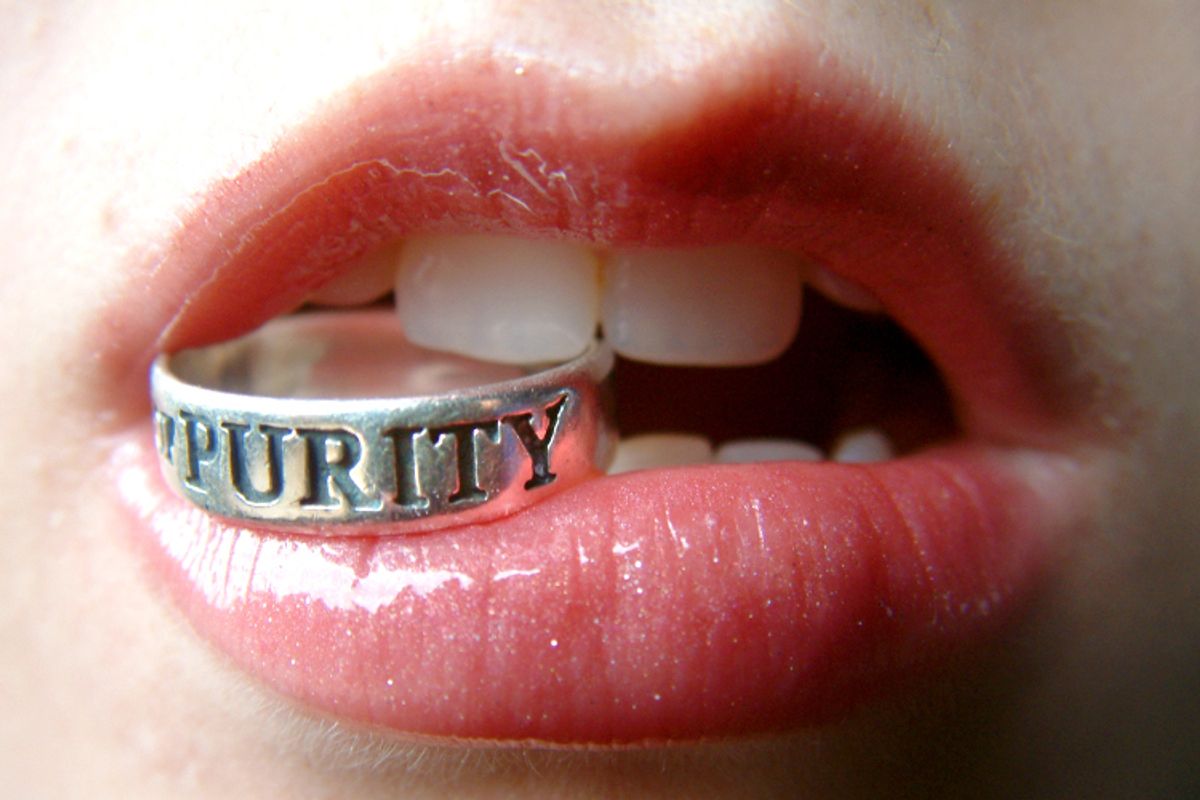 Great/horrible news for proponents of comprehensive sex education: virginity pledges don't work, according to science. That is, they don't work unless signers are truly and deeply religious, in which case abstinence pledges are likely to delay sexual activity a few years -- but usually not until marriage. A recent study published in the Journal of Child and Family Studies has found that the efficacy of virginity pledges is not only associated directly with signers' religiosity, but also poses serious risks to young adults who go back on their word.

To evaluate what role religious commitment played in young adults' adherence to virginity pledges, researchers polled 1,380 college students aged 18-24 who attended a "large, public, Southeastern state university," asking participants whether they had previously signed a virginity pledge, their virginity status and how many past or present intercourse and oral sex partners they had. Researchers also asked students to rate their religious commitment, based on how religion or spirituality influence their daily lives, how often they seek spiritual comfort and how frequently they participate in religious events.

More than a quarter of respondents had previously made a virginity agreement, either in writing or verbally, which is consistent with national averages; according to a 2008 study of pledge signers, 23.8 percent of adolescents aged 12-17 had agreed to remain abstinent. A majority of signers, however, were -- wait for it -- no longer virgins at the time of the study. 65 percent of respondents who had signed a virginity pledge reported having had sexual intercourse, and a whopping 77 percent of signers had engaged in oral sex.

For the most part, though, those who were having oral sex or full-on coitus were also the people with lower rates of religious commitment, indicating that sincere religious belief does play a role in a person's dedication to remaining abstinent. The researchers differentiated between "religious commitment" and "religious participation" to control for those who might have been immersed in a spiritual lifestyle without being true believers themselves; sure enough, people who were solely "religious participants" exhibited more sexual behavior than committed believers.

Now for the scary part: while the researchers found that virginity pledges do generally encourage religious signers to delay sexual activity, data shows that they also encourage risky sexual behaviors for those who don't abstain. Because most abstinence pledges take the place of comprehensive, medically accurate sex education, young people who decide not to remain abstinent often do so with little to no knowledge of healthy sexuality. The study reports that sexually active signers tended to have oral sex with a greater number of partners (likely in an effort to "preserve their virginity"), putting them at risk for various diseases and complications.

So what does this all mean? Basically, what we already knew: abstinence-only sex ed does not teach students what they all need to know -- regardless of their religious beliefs -- and it's most effective only for those who subscribe to the religious beliefs in which these "lessons" are rooted. In addition to being an ineffective method of preventing sex among those who aren't deeply religious, virginity pledges also put those same people at risk for unknowingly engaging in potentially harmful sexual behavior. (Or at risk for just walking around totally uninformed, which is not what Americans want for their children.)

Of course, even despite the addition of this new research to existing evidence that teaching abstinence doesn't work, state and federal dollars still fund inadequate, evangelical sex education -- because, as the researchers point out, "this important issue does not appear to be free of politics." They conclude that we should probably reconsider the policy implications of this dangerous entanglement, as their efficacy findings make it "questionable" whether the government should be funneling money into something so overwhelmingly ineffective. That is, overwhelmingly ineffective -- unless you're religious.