Here's why nothing can happen on immigration any time soon: GOP is living in an alternate reality 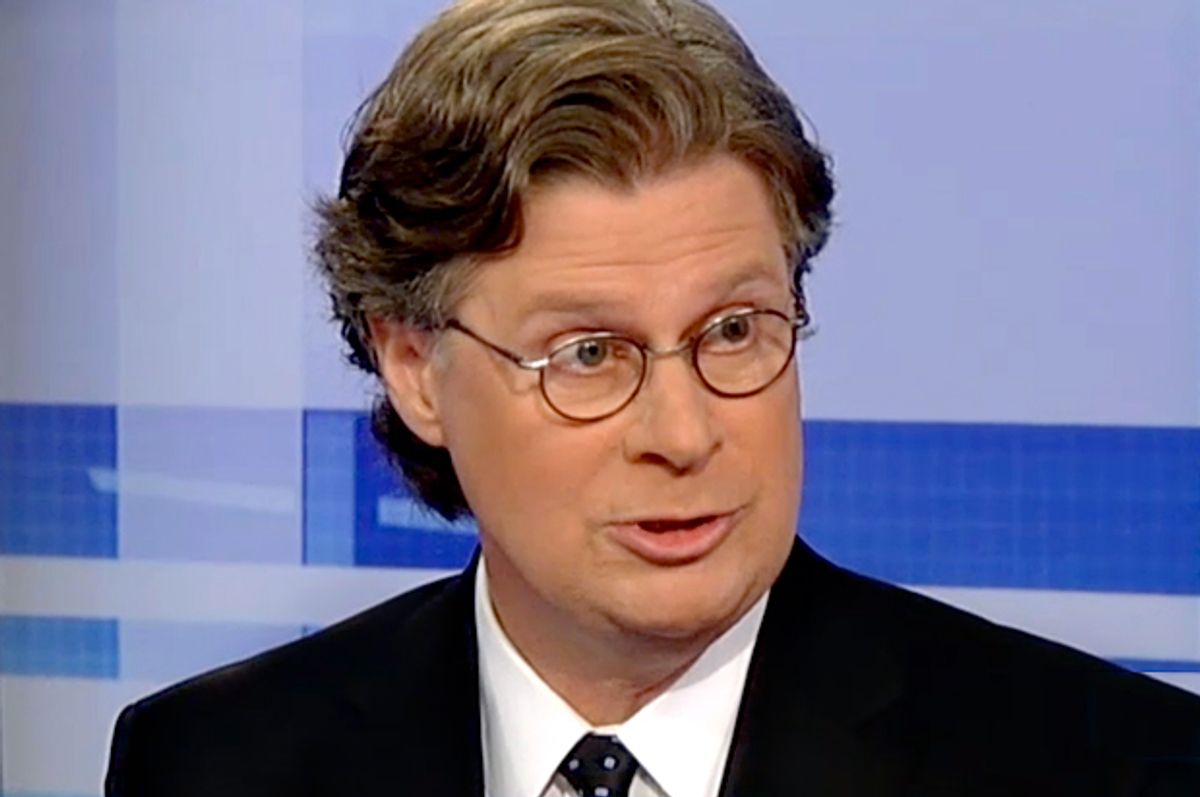 Washington Examiner columnist Byron York is pretty confident that Barack Obama will not take any real action to resolve the ongoing crisis caused by the flood of underage Central American children crossing the U.S.-Mexico border. The president is calling for more funds and saying the children will be sent back as soon as possible, York writes, but “the one thing Obama could do — push hard to change the law forbidding the quick return of young immigrants from noncontiguous countries — is not on the table.” Obama won’t do this, York writes, because “everybody who really matters to the president, politically and perhaps emotionally, is pushing against strong action at the border.”

York’s understanding of the phrase “not on the table” must be substantially different from the generally accepted definition. The White House has absolutely indicated that they are open to amending the 2008 law in question.

The William Wilberforce Trafficking Victims Protection Reauthorization Act requires that immigrant children from Central America be put under the care of the Department of Health and Human Services and then transferred to relatives to await immigration hearings. In a June 30 letter to Congress, Obama indicated that he’d be looking to work with Congress to alter the law, thus “providing the DHS Secretary additional authority to exercise discretion in processing the return and removal of unaccompanied minor children from non-contiguous countries.”

“On a call with members of the media,” the Daily Beast reported, “White House officials noted that part of the White House’s strategy for handling the border crisis included plans to work with Congress to make changes to the law.”

If Obama is really looking to appease his allies on immigration and blow off the Republicans, as York writes, that’s a funny way of showing it. Already Democrats in the House and Senate are lining up in stern opposition to changing the law, so the president has actually set himself up for a clash with his own party.

York’s confusion seems to stem from a skewed understanding of immigration politics in general. “Since his well-publicized decision to abandon hopes of making a deal with GOP lawmakers on immigration,” York writes, “Obama needs them even less. It's to his political benefit to oppose them, not to do their bidding.” Obama did not abandon any sort of deal-making process with Republican lawmakers. In fact, he did reach a compromise with Republicans on immigration, and that compromise passed the Senate last June after careful behind-the-scenes planning and negotiations.

The deal-making process York is referring to was with the House Republicans, who didn’t bring anything to the negotiating table, thus killing the Senate reform package. The House GOP actually said over and over for months that they didn’t trust the president enough to ever make a deal, so it’s not clear what, exactly, Obama could have “abandoned.”

The House intransigence was in spite of the White House’s efforts to win over Republicans through stepped up enforcement of immigration laws. Obama’s vigorous deportation efforts angered his immigration reform allies, who tolerated it for as long they could in the hope the Republicans would come around. Even after reform died and Obama announced he’d be moving forward on executive action, he was still trying to temper the expectations of already exasperated supporters. The story of the Obama administration on immigration thus far has been acting against their own allies to carve out enough political space to achieve their long-term goals.

As to the border crisis, the political situation has obviously changed. The demise of immigration reform means Obama allies will give him less room to maneuver. “Why would he alienate them, and ignore his own inclinations, to do what Republicans want?” York asks. Well, he’s not doing what Republicans want. The GOP wants to send in the National Guard and militarize the border and put everyone on a plane to San Salvador or Tegucigalpa. Amending the Wilberforce law could still allow for a significant portion of the children to stay, and, as Greg Sargent notes, those amendments could be used as a carrot to secure GOP votes for increased funding to deal with the crisis. The risk Obama runs there, of course, is that Democrats would turn on him.

Obviously none of this is ideal because it’s a terrible situation with no political upside for anybody. Amending the 2008 trafficking law and empowering Border Patrol to make judgments on the refugee status of immigrant children could be problematic, to say the least. Everyone is taking it on the chin in public opinion polls – Obama’s disapproval rating on the border crisis is 58 percent, while the Republicans are at 66 percent. There are no winners, and the best course of action is to fix this ugly problem as soon as possible.

That seems to be the administration’s plan here: not to dither and appease his restive allies, but to try and find a pathway to the fastest resolution to a humanitarian and political nightmare.