If confirmed, it is a subscription for unlimited e-books for less than $10 per month 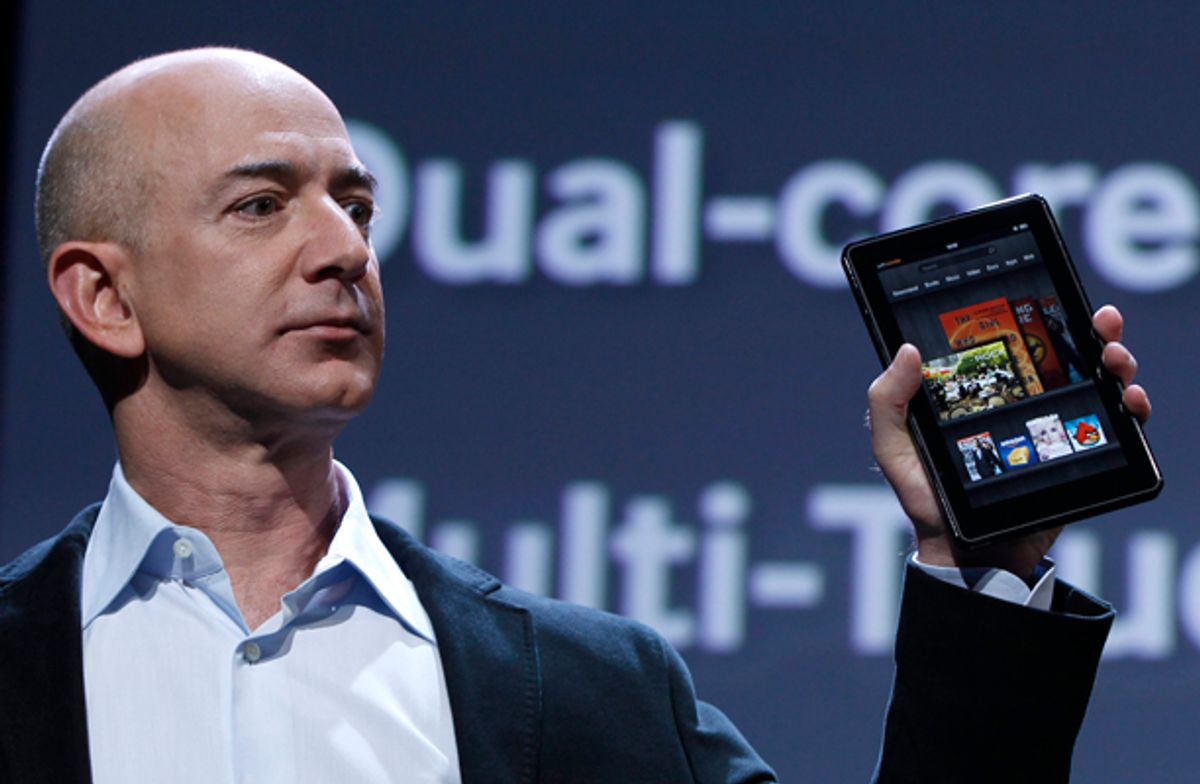 Over the weekend the New York Times ran a piece titled "A Friendly Giant as Long as It's Fed." The piece, as you can probably surmise from the title, attempted to dissect the complicated entanglement that is Amazon, book publishers, authors and consumers. There is no clear answer, according to the piece. (Although it did skew "pro-Amazon," only speaking to one author who had been helped by Amazon, and not others who have been hurt by the company.)

One thing, however, was clear: Amazon wields great power in publishing, and it continues to alter the publishing landscape. Amazon accounts for one-third of book trade, according to the New York Times, and it also controls algorithms on how those books are purchased on Amazon.com. (If a publisher is at war with the leviathan, a wide variety of tactics may leave an author's sales stagnant.)

An article from Gigaom could further shake things up. (Though it could be a boon for the e-bibliophile.) According to the tech site, Amazon is testing "Kindle Unlimited," a subscription service that would mean unlimited e-books for a mere $9.99 per month. Gigaom reports:

"Amazon is testing an ebook and audiobook subscription service called 'Kindle Unlimited' that offers 'unlimited access to over 600,000 titles and thousands of audiobooks on any device for just $9.99 a month.' Most of the test pages were pulled down Wednesday after some users on the Kindle Boards noticed them, but they are still available through Google Cache and some are still live on Amazon’s site."

"Kindle Unlimited," if it is more than rumor, would not be the first e-book subscription service. It would compete with services such as Oyster and Scribd. However, given Amazon's large share of the e-book market, Kindle hardware, name recognition and the consumer convenience of the Amazon umbrella, it is hard not be be startled by this news.

Gigaom explains that the service has been rumored for months, and that a page titled "KU Test" is still up. The page, reportedly, "shows 638,416 available titles, and you can browse through them. Among them are many books from Amazon’s publishing imprints, and many books that were already available through Amazon’s Kindle Owners Lending Library."

Amazon, however, has not commented on the service. And as of now, there is not a full list of publishers who contributed the 600,000-plus books in "Kindle Unlimited."