"Word Crimes" is literally the greatest English lesson ever

How Weird Al gave pedants the best gift of the summer 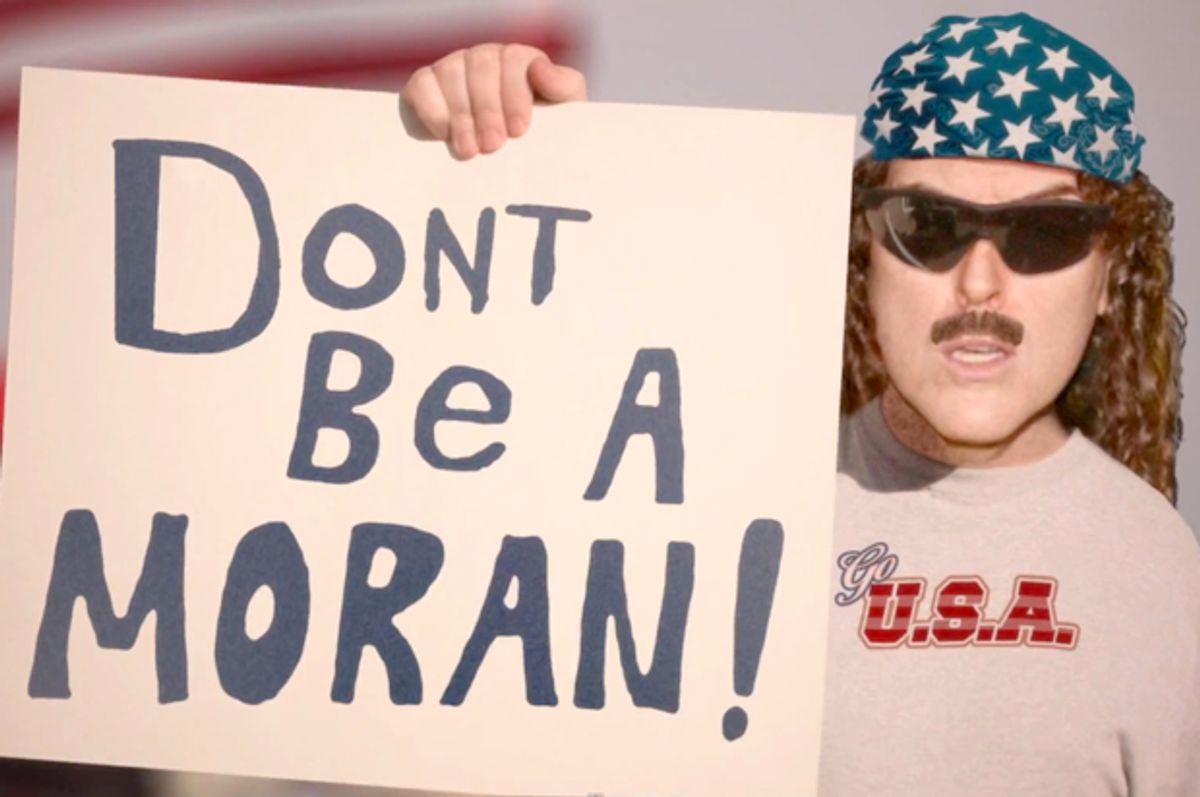 It only took one year and an accordion player to redeem the rapiest song that ever became a massive worldwide hit. I never thought I'd be saying, "Thank you, Robin Thicke, for giving us 'Blurred Lines,'" but now I do. Because were it not for "Blurred Lines," we'd never have the Weird Al parody, "Word Crimes."

"Weird Al" Yankovic has been releasing a new video for his latest album, "Mandatory Fun," each day this week. But with more videos still to go, he may have hit the apex on Tuesday with his epic grammar rant. Frankly, the whole thing would have been worth it for the "Weird Al has a big dic…tionary" gag alone.

For a man who's distinguished himself for spending the past 30 years in funny shirts and big hair, writing songs that involve doughnuts, Yankovic has also always made it clear he's a really bright bulb. His videos are meticulous homages to their originals, and his commitment to honoring the distinction between "less" and "fewer" is already YouTube legend. But in "Word Crimes," he takes on everything that makes being part of modern Internet culture such a goddamn ordeal for frustrated liberal arts grads and assorted pedants everywhere. Oh, Weird Al, you had me at "conjugate."

While Robin Thicke's career idles thanks to the worst breakup album ever, in the span of just three minutes and 45 seconds, Yankovic takes the abusers of the English language and the tweeters who spell it "lern" out to the woodshed with a perfect takedown of everything that makes grammarians apoplectic. He succinctly describes the difference between mass nouns and counting nouns, explains that when you say "I could care less" that means you do care, "at least a little." He makes the case against the cutesy, pointless substitution numbers for letters (Why, people, why?) and oh, my God, then he goes full old school with sentence diagramming. And when he sings, in a Robin Thicke-like falsetto, "Say you got an IT, followed by apostrophe, now what does that mean?" and then proceeds to define a contraction, believe me, copy editors around the planet weep with gratitude. And in a time gone mad with changing and loosening standards, Yankovic still understands the important difference between what's figurative and what's literal, and gives a nod to  most precious and beautiful thing in all of punctuation -- the Oxford comma.

Speaking with NPR recently, Yankovic admitted, "I have to compete with the thousands and thousands of people that are also putting out comedic songs and parodies." It's true that there are more spoofs on YouTube than there are piano-playing cats and twerking toddlers. But those of us who regularly receive emails informing us that "YOUR STUPID" know why Yankovic remains the master. It's because he's always understood the amount of intelligence it takes to pull off a particular brand of buffoonery. Weird Al is not just the guy who eats sandwiches for comedic effect. He's the man who can successfully educate you on when to use "good" and when to use "well" – a lesson I can assure you has taken over a decade of my best efforts to force into my children's surly little heads.

The English language is a living, dynamic thing and it changes all the time, but the rules still matter. Parameters give clarity and commonality. They're also, in the right hands, a rich source of entertainment. And in one standout song, Weird Al's managed to make the most memorably great grammar lesson since "Schoolhouse Rock."