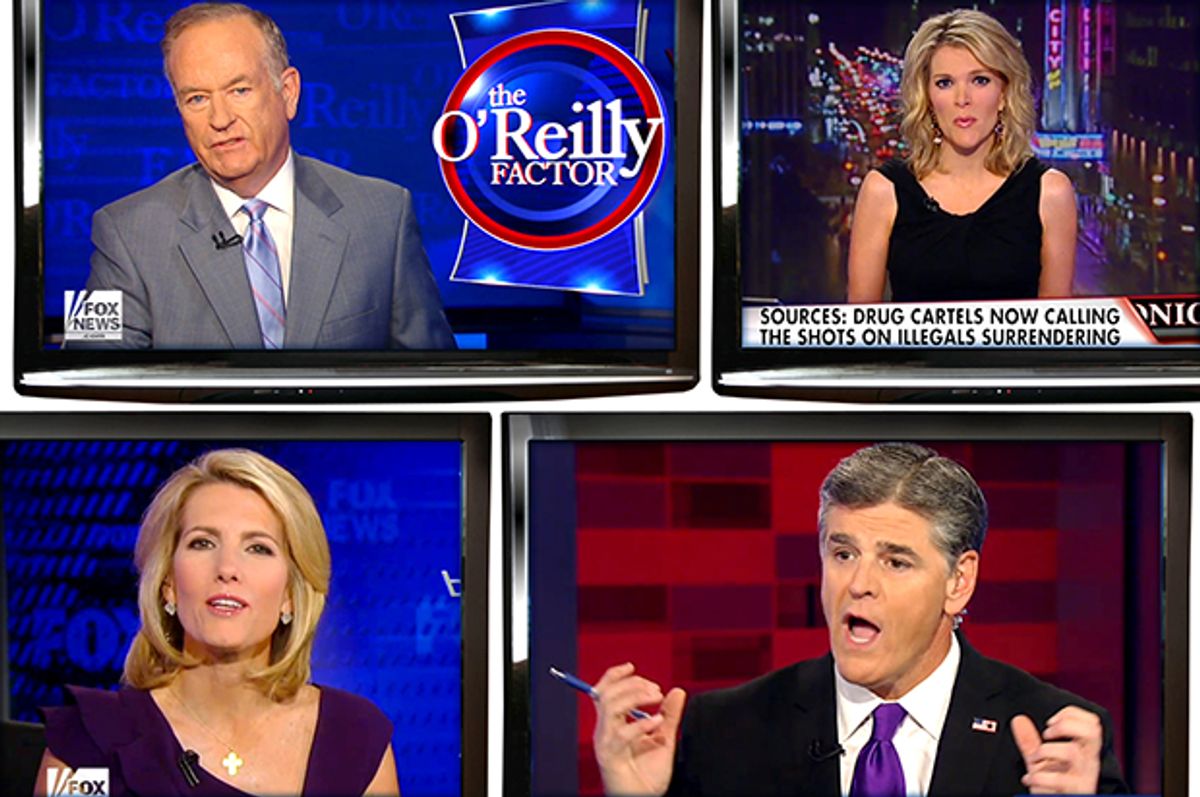 Rep. Phil Gingrey is very concerned for your health. The Georgia Republican is so concerned, in fact, that he wrote a letter last week to the Centers for Disease Control and Prevention asking that the agency take immediate steps to investigate the public health risk America faces from the many thousands of Central American children coming into the country "carrying deadly diseases such as swine flu, dengue fever, Ebola virus, and tuberculosis.”

Ebola! The CDC probably hadn’t even considered that a disease that has never been observed outside of Africa could meander in to the country via our southern border. Thankfully, we have elected representatives like Phil Gingrey who aren’t afraid to treat immigrants as walking piles of exotic, infectious death.

The spirit of xenophobia that animated Gingrey’s letter to the CDC actually has a distressingly long history in the U.S. Writing for the New Republic, Samuel Kleiner documented the disease hysterias that accompanied past waves of migration and the discriminatory actions taken against them in the name of “public health.” The recent spike in concern over the tens of thousands of migrants who’ve crossed into the U.S. this year has brought with it a new wave of xenophobia that stretches from absurd public statements by Republican politicians to the resurgence of fringe extremist groups.

The exodus of people from Honduras, El Salvador and Guatemala to the United States can be explained largely by two factors: poverty and violence. The lack of economic opportunity feeds the rising tide of gang- and drug-related violence, so people flee to the prosperity and safety of the U.S. That’s a tragedy, and a humanitarian crisis. But some conservatives impute a malicious collective intent to the mass migration by referring to it as an “invasion.”

“Invasion takes many forms,” Rep. Jeff Duncan wrote in a Facebook message. “150,000 Allied troops invaded the beaches at Normandy. 300,000 unaccompanied minors have invaded our southern border states (estimated over the past three years). So many that, logistically, they must be moved inland from the ‘beach head’ and be dispersed in order to keep from taxing the resources in the immediate areas.”

Rep. Louie Gohmert, who spent the last immigration debate warning about “terror babies” being born in the U.S., took to the House floor last week and read the dictionary definition of “invasion,” saying that the immigrants coming over the border have “who knows how many kinds of flu,” and comparing the number of people coming over the border to the number of troops involved in D-Day.

Speaking of D-Day, the Minutemen — a group of nativist militia cranks who made headlines back in 2006 with their self-appointed mission to "secure" the southern border by driving along it with lots of guns — announced they were coming out of retirement this week to launch “Operation Normandy.”

The group, which patrolled parts of the 2,000-mile border from 2005-2010, acting as unarmed and unsanctioned eyes and ears of the Border Patrol, is trying to recruit a force of thousands to help keep illegal immigrants from making their way into the United States from Mexico. Minutemen founder and president Jim Gilchrist said preparation for "Operation Normandy" will take place over the next 10 months as the dormant group seeks to recruit and organize as many as 3,500 volunteers.

A strict interpretation of the historical analogy conjured by “Operation Normandy” means the Minutemen are the Nazis, and the American southwest is Nazi-occupied France. Fantastic branding, fellas.

The conservative media are getting in on the act as well. The buzzing, angry, pulsating hub of anti-immigrant sentiment in the conservative media is Fox Nation. The website, which is part of the broader Fox News online empire, has the editorial and propriety standards typically found in unmoderated online message boards. And it’s shockingly anti-immigrant, which is remarkable when you consider the major news outlet that operates it also has a website devoted specifically to Latino news.

The Fox Nation modus operandi is to aggregate stories that cast immigrants in a poor light and gussy them up with new, inflammatory headlines. (My favorite example: a story from 2011 about migrant laborers in Texas forced to use an alleyway outside a work center as a toilet, which Fox Nation headlined “ILLEGALS LEAVING FECES ALL OVER EL PASO.”)

With the border crisis dominating the news, Fox Nation has had plenty of opportunities to cherry-pick stories and portray immigrants as diseased, violent criminals. Here’s a sampling of their work from just the past few weeks:

All of that, though, pales to the one-two punch of Islamophobia and xenophobia perpetrated by Breitbart News, which excitedly reported last week on the discovery of a “Muslim prayer rug found near the border in Arizona.” The “prayer rug” turned out to be an old Adidas soccer jersey, but the story nonetheless got a Drudge link and rattled around the conservative blogosphere as proof that dangerous Muslims were sneaking into America through Mexico.

Garbage like this starts popping up every time immigration or immigration reform is in the news. It’s easy and fun to just point and laugh at numskulls like Louie Gohmert who bring this nonsense to the Capitol, but they actually have constituencies who believe that immigrants are bringing typhus and Ebola and anthrax into the country, or that they’re all part of MS-13. The existence of extremist groups like the Minutemen are an expression of the pernicious real-world impact of anti-immigrant hysteria. It’s dangerous and it’s an impediment to implementing effective immigration policies and having a decent society in general.