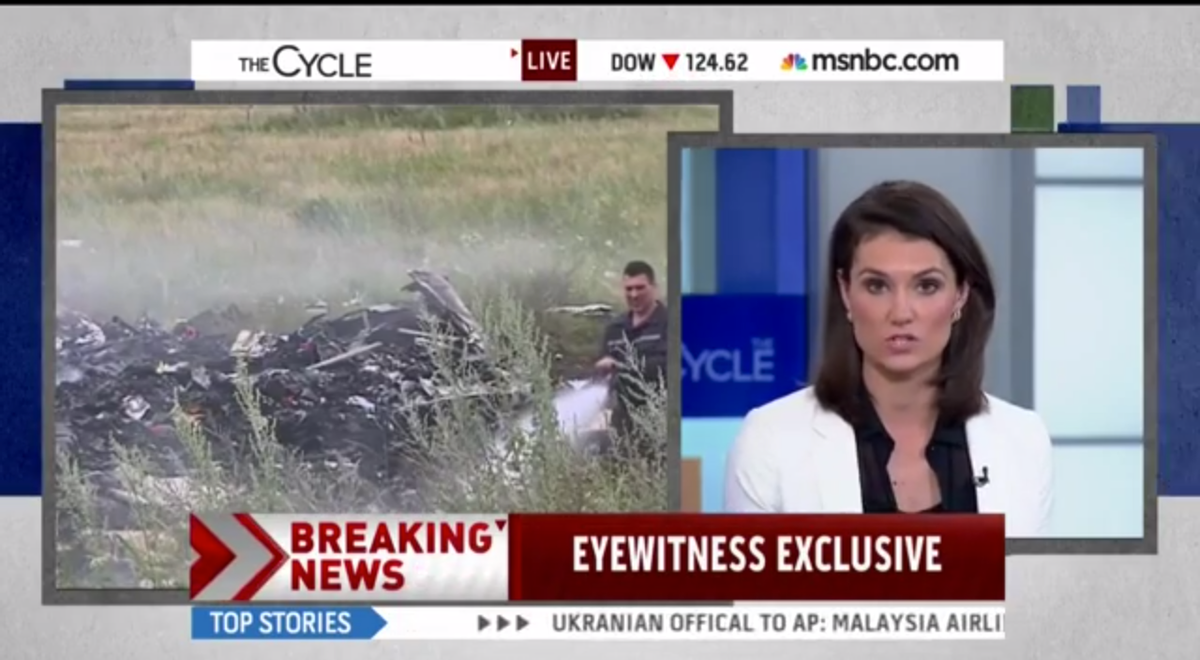 A fan of the radio host Howard Stern called into MSNBC's "The Cycle," posing as an eyewitness from the U.S. military, and made a crass joke about today's Malaysia Airlines crash in Ukraine.

Introduced by co-host Krystal Ball, the caller, identified onscreen as "Staff Sgt. Michael Boyd, U.S. Embassy in Ukraine," said, "Well, I was looking out the window and I saw a projectile flying through the sky. And it would appear that the plane was shot down by a blast of wind from Howard Stern's ass."

"It would appear that the plane was shot down," repeated Ball, who asked the caller what "from your military training" might have contributed to the crash. "You're a dumbass, aren't you?" asked the caller before Ball threw to commercial.

As a judge on "America's Got Talent," Stern is an employee of NBC. But his fans are untrammeled: They have made a practice of pranking media events -- notably calling into Peter Jennings's broadcast of the O.J. Simpson chase and interrupting Anthony Weiner's resignation from Congress. But the magnitude of today's news -- the Malaysia Airlines jet was carrying 295 people, all killed in a crash that President Obama addressed today -- shocks the conscience.