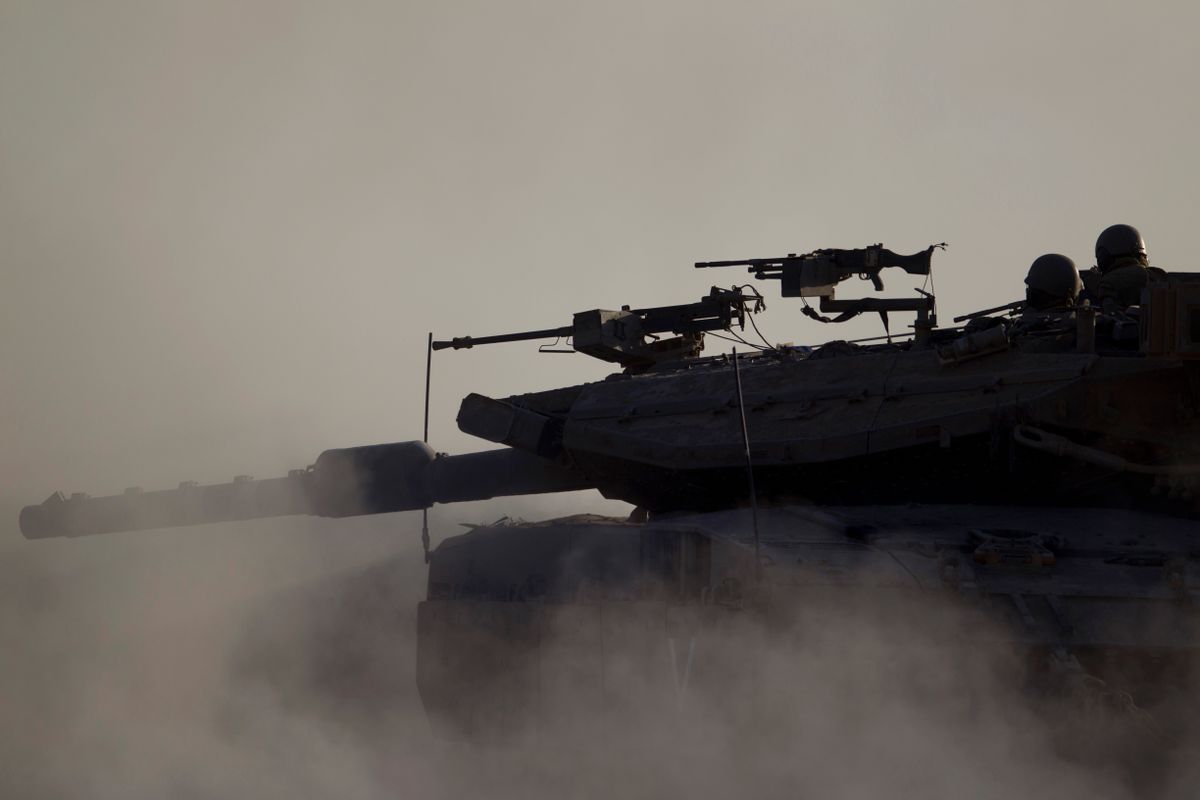 It was the first major Israeli ground offensive in Gaza in just over five years. It came hours after Hamas militants tried to infiltrate Israel through a tunnel under the Gaza-Israel border, but were stopped by Israel.

Thousands of Israeli soldiers had massed on the border with Gaza in recent days, waiting for the order to go in.

The operation also followed a brief truce earlier Thursday in which Israel held fire to allow Gazans to stock up on food and other necessities after being largely holed up at home since the conflict began last month.

Israeli strikes have hit more than 2,000 targets in Gaza and Hamas launched nearly 1,500 rockets at Israel, the Israeli military has said.

Israeli Prime Minister Benjamin Netanyahu's office said he instructed the army to go ahead after Hamas rejected an Egyptian cease-fire plan earlier in the week and after Hamas militants tried to infiltrate into Israel through a tunnel from Gaza.

"In light of the despicable and relentless aggression by Hamas and the dangerous infiltration into Israel, Israel is obliged to protect its citizens," the statement said.

Israeli media reported of the loud rumblings of Israeli tanks and D9 bulldozers revving up their engines to cross the border.

Israel last carried out a major ground offensive in Gaza in January 2009.

Hamas officials had no immediate comment. However, security officials reported heavy Israeli shelling in eastern Gaza, near the border with Israel.