"Las Patronas": Meet the women helping child migrants as they make their way to the U.S.

While the U.S. tries to figure out what to do with its refugees, one group has been quietly aiding them for years 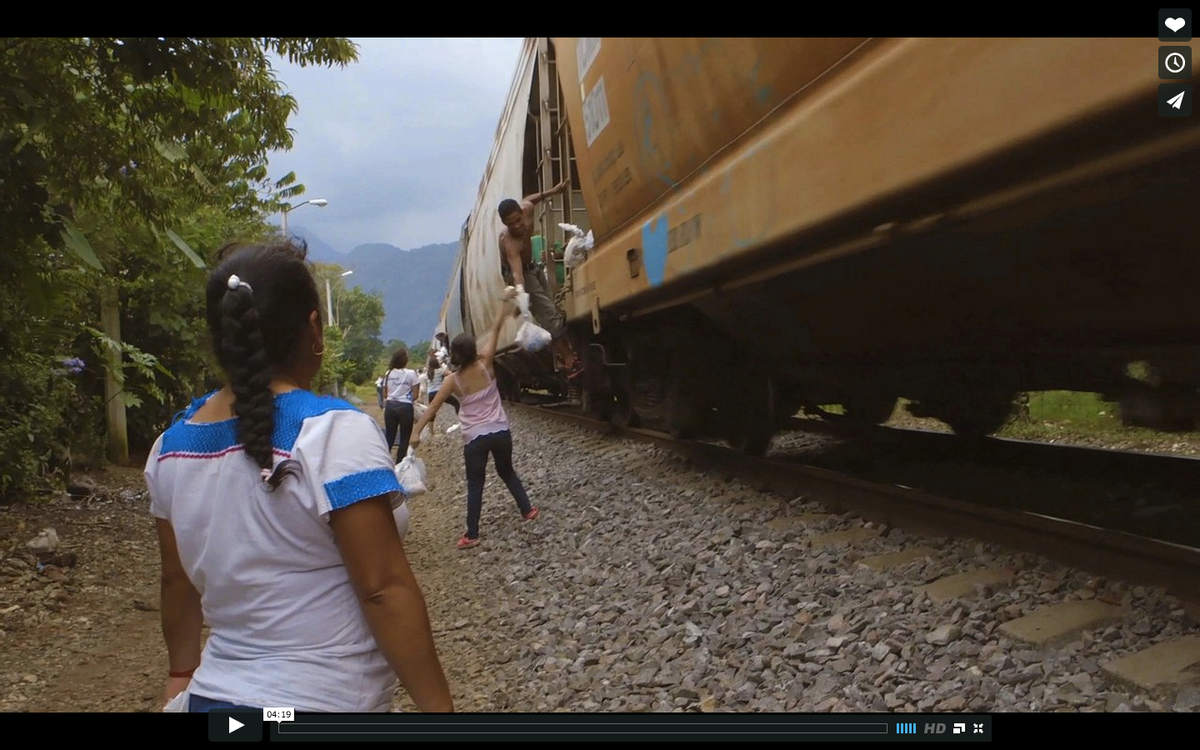 VERACRUZ, Mexico — While the United States is grappling with how to handle the thousands of child migrants arriving at its borders from Central America, a group of women in central Mexico has been quietly attending to them for years.

"Las Patronas" throw bags of food and bottles of water to the travelers who speed by on the train heading north to the US-Mexico border.

"Before it was just the men who migrated, but not anymore. The whole family goes — women, pregnant women, young children and babies. We've seen mothers on the train with their babies," says Julia Ramirez of Las Patronas as she spoons rice into bags to be wrapped up and thrown onto the trains.

Thousands of migrants traveling north from countries like Honduras and El Salvador ride on the top of the freight trains, known as "La Bestia" or The Beast, that rumble through Mexico every day. The children who are increasingly making that journey are even more vulnerable than their adult counterparts. Death and mutilation under La Bestia is a huge risk, as is extortion and murder at the hands of criminal gangs and corrupt Mexican officials. For women migrants, rape is a constant threat.

With international attention now focused on what NGOs and the United Nations are dubbing a "humanitarian crisis" on the US-Mexico border, the Mexican government has finally acknowledged a problem it's been ignoring for decades. Mexico's Interior Secretary Miguel Ángel Osorio Chong said in a radio interview Friday that the time has come to halt the dangerous journeys north.

"The Beast is for cargo, not passengers," said Chong, vowing to take responsbilty for those migrants in Mexican territory.

However, the move could spell even more danger for Central American migrants here, placing more power into the hand of Mexican immigration officials and forcing those moving north to find other, more invisible, routes.