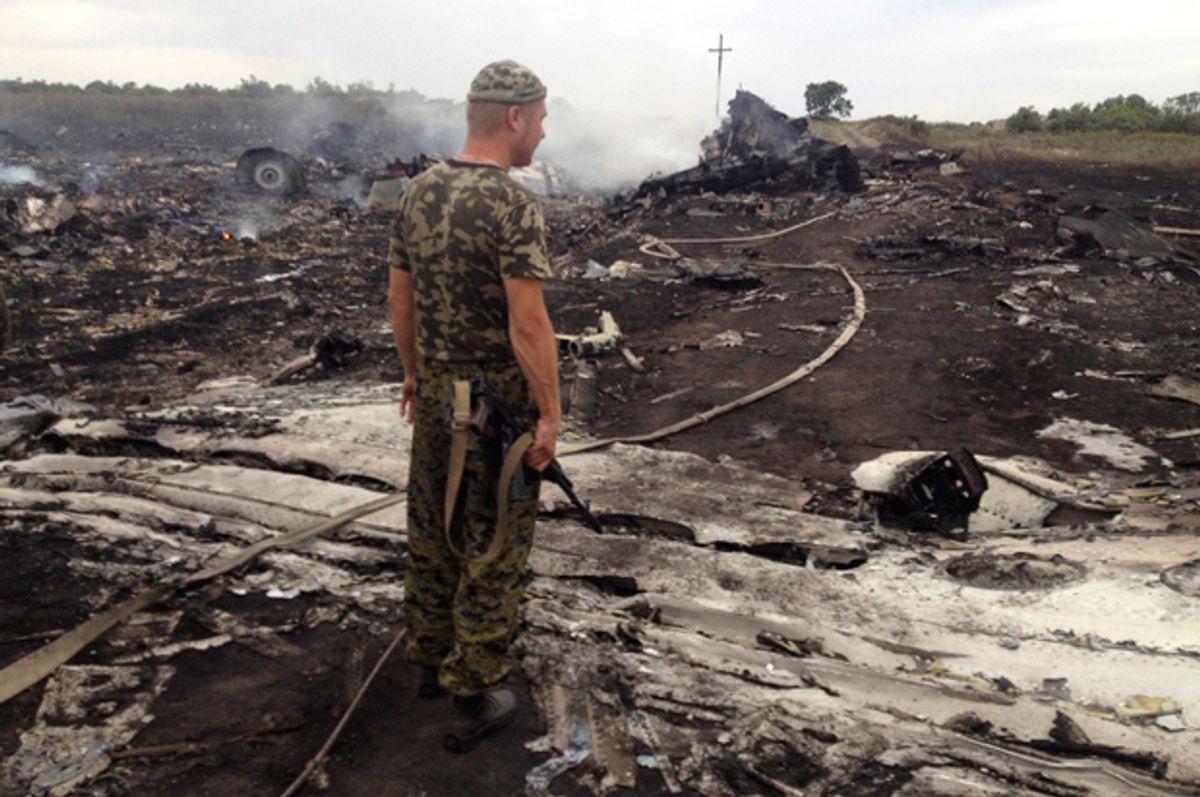 An armed pro-Russian separatist stands at a site of a Malaysia Airlines Boeing 777 plane crash in the settlement of Grabovo in the Donetsk region, July 17, 2014. (Reuters/Maxim Zmeyev)
--

In the second, two rebel fighters — one of them at the scene of the crash — say the rocket attack was carried out by a unit of insurgents about 25 kilometers (15 miles) north of the crash site.

Neither recording could be independently verified.

One of the fighters, who states he is at the site of where the plane came to the ground, describes seeing scattered debris. He later describes finding the documents of somebody he identifies as an Indonesian national studying at "Thompson University."