Rush Limbaugh has an unhinged conspiracy theory about the Ukraine disaster 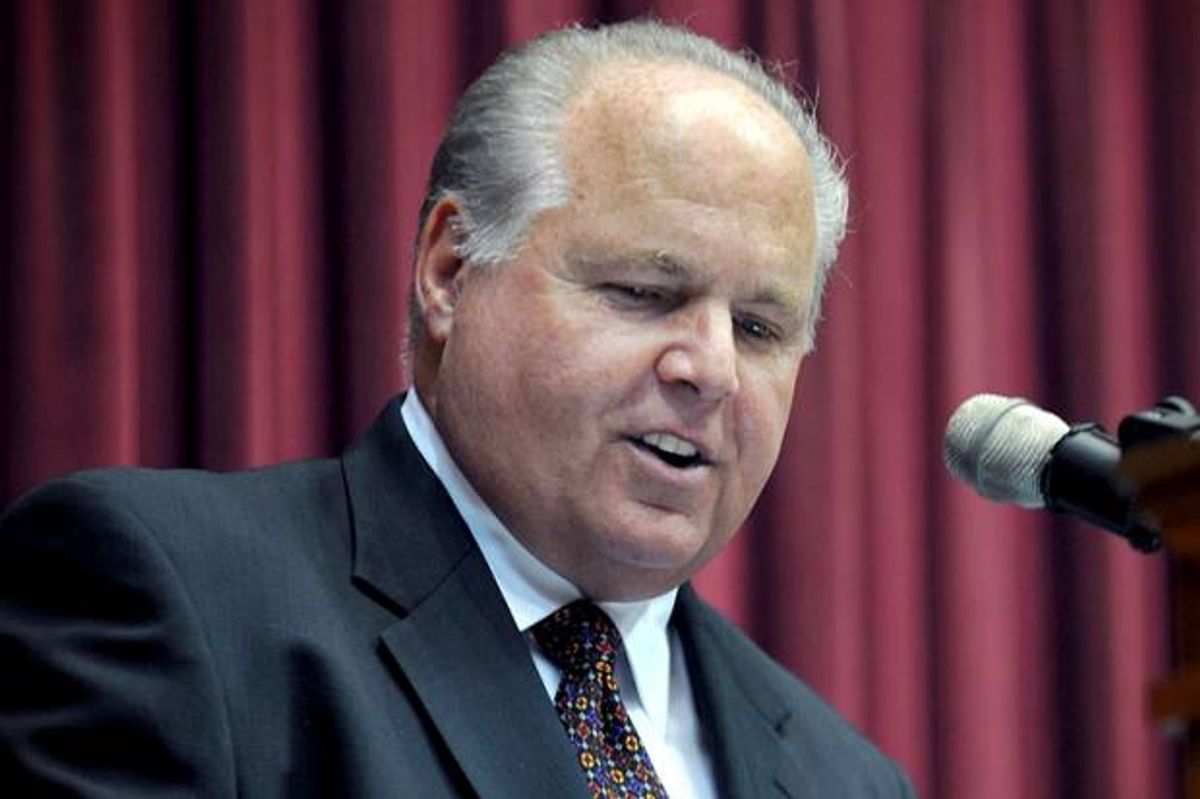 Rush Limbaugh already has a conspiracy theory about Malaysia Airlines flight MH17, which crashed earlier today near the border of Ukraine and Russia. He believes that this tragedy, which reportedly killed 295 people, is a great way for the media to stop focusing on the crisis at the border.

He spouted this nonsense during his radio show today. From the show's transcript:

"Holy cow, folks.  Have you seen the news?  A Malaysian Airlines flight has been shot down by a missile over Ukraine, at least according to an advisory to Ukraine's interior ministry.  The Interfax News Agency -- which has nothing to do with fax machines. It's what the Soviets used to call their news agency, Interfax.  You didn't know that, did you?

"They even had a hotel chain called Interfax and everybody thought, "What? Is it fax machines?" and it had nothing to do with that.  Anyway, it's a Malaysian Airlines jet.  You know, I've got the British Open on to the top monitor.  I haven't had CNN on all day.  What do you bet they have broomed everything and are covering wall-to-wall the Malaysian Airlines flight shot down by a missile?

"I mean, you talk about... I don't want appear to be callous here, folks, but you talk about an opportunity to abandon the Obama news at the border?  And, no, I'm not suggesting anything other than how the media operates.  Anyway, it's eerie.  It is really eerie.  A Malaysian airliner.  It was on the way to Kuala Lumpur.  Why would it be shot down?  Over Ukraine? It was shot down by a missile.

"This would lead one to believe that it is not an accident. It carried 295 people, and obviously there are no survivors."

Listen below, via Media Matters: