Jon Stewart rips into GOP's impeachment fervor: "All this talk of tyranny is bullsh*t" 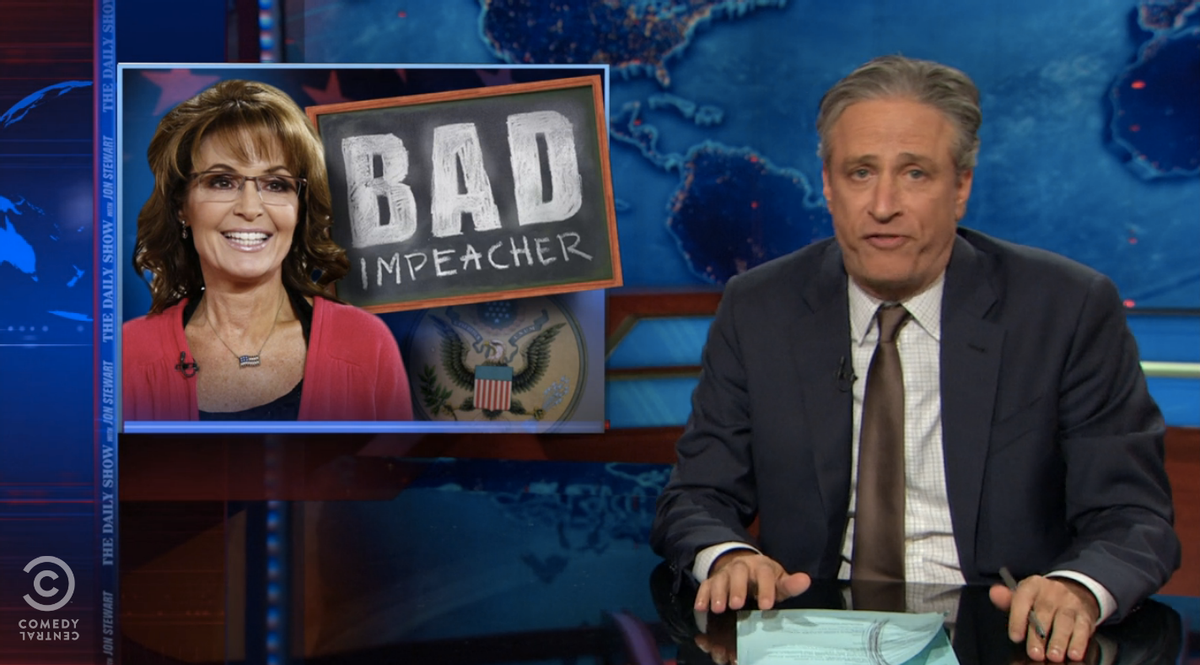 Jon Stewart Thursday night ripped into Republican lawmakers' disingenuous calls to impeach President Obama, or, as they like to call him, "King Obama."

Acknowledging that it's "probably time to stop checking Sarah Palin's Facebook page," the Daily Show host hinged his rant on the ex-governor's latest "word sausage" concerning the influx of undocumented immigrants from Central America, in which she compared herself to a battered wife saying "no mas."

“If I may, it appears ex-Governor Palin has finally finished with mangling the English language, and has moved on to making Spanish incomprehensible,” Stewart quipped. “She’s like a serial killer of language. Or whatever the opposite of a Rosetta Stone is.”

But the real problem, Stewart continued, is how Palin's accusations have been continually echoed by officials who are still in office -- yet who backed down from calls for impeachment once they realized the effect it would likely have on voters.

“That’s how you know all this talk of tyranny is bullshit,” Stewart said. “When your main concern when you’re deposing a tyrant is how it will affect your party’s chances in the upcoming midterm elections, that’s not tyranny.”