My near-death experience made me a better doctor

I'd worked in a hospital for years. I never realized how closed off I was until I had an accident of my own 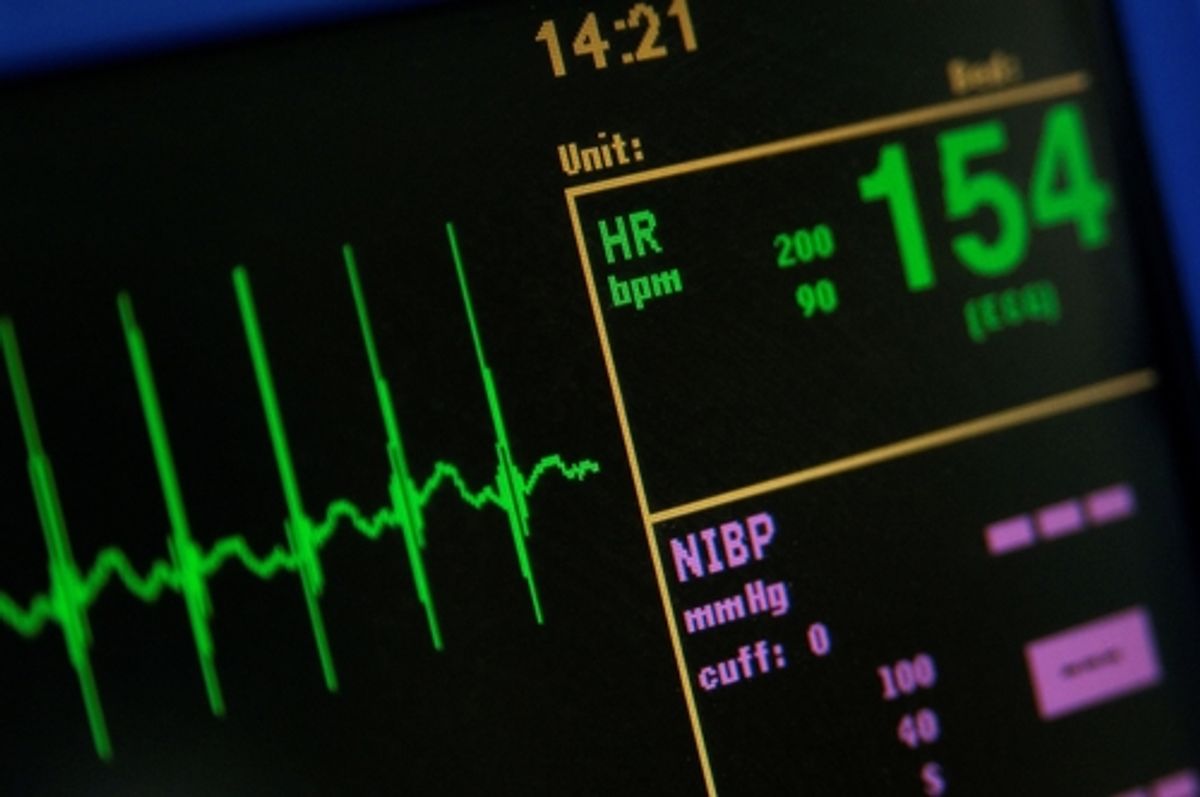 This piece originally appeared on Physician-Artist.

I almost died today. I was driving from one clinic to another, on a busy highway in the rain, when my car hit a standing body of water and hydroplaned. I lost control of the car, spun counterclockwise across three or more lanes, and slammed into the dividing median. I remember screaming “NO!!!” internally right before impact. I couldn’t believe what was happening as it happened.

As soon as I hit, the passenger-side airbag went off and I smelled smoke. The SOS button flipped down, lit red; I pushed it. The dashboard LED read “SOS”. Hard rain. I was in shock, couldn’t tell if I was hurt. I wanted to get out of the car, opened the door; a woman came toward me with an umbrella -- she had stopped ahead of me -- and a man, aghast, ran toward me from the opposite direction.

I got out; she put the umbrella over my head, and they asked if I was hurt. The man’s eyes were huge. No, I don’t think so. I’m not sure. I don’t feel any pain. I don’t think I hit my head. I didn’t lose consciousness. She said, call 911. I called 911. I could barely hear the person on the other line over the traffic. We tried to tell her where we were. A volunteer firefighter happened to see us and stopped. He called the fire truck. They kept asking me if I was sure nothing hurt. “Do you need to go to the hospital?”

Do I need to go to the hospital?

I’ve worked in a hospital more days than not for the past half-decade, spending most of my time and energy trying to heal people brought down by misfortune. This should be one of the most rewarding activities on Earth. Recently, though, in the void following a failed relationship that was doomed from the start, I had become increasingly jaded. It’s one thing to be helped, and it’s an entirely different thing to be the helper. I was near burnout. Upon reviewing the past year, I realized that I had made some critical mistakes: Instead of growing outward and integrating as well as possible with society, trying my best to push for positive change in collaboration with others, I had withdrawn inward, hermetically developing my inner world. Staggered by these insights, I vowed to change.

Today, standing in shock in the rain with two anonymous, good-hearted people as they helped me out of this terrible situation, I realized how critically important it is to be the helper. For the person in great need, it’s the most important job in the universe. Nothing could possibly be more important.

I couldn’t believe I was given another chance at life as an intact human being. I could very easily have been killed or maimed. Worse, I could have hurt other people. Miraculously, neither happened.

I shook the woman’s hand, asked for her name, but she said to call her an “anonymous Samaritan.”

As a rheumatology fellow, I often see young patients with rare, potentially debilitating diseases. Sometimes I diagnose them, or they come to me with a recent diagnosis. They’re always worried about prognosis. They feel their soaring flight has been shot out of the sky by a stray bullet. Is it their fault, they ask? (Not usually.) They repeatedly feel out the potential avenues of their fate now that they are among the “marked” people of the world. I’m always patient with them, giving them the time and space to explore their thoughts. They are engineers, musicians, programmers, students and others. Sometimes, they call me after the visit and we have the entire conversation again. They don’t want to take medications, especially “serious” medications like most DMARDs and biologics. My job is to try to restore their carefree flight. Sometimes they are too far gone, or don’t respond well. Sometimes they feel brand-new again. It’s always a different story.

When the firefighters arrived, they asked the same questions. Are you sure you’re not hurt? Maybe you should go to the ER. No? Since nobody was hurt and it was a single-car accident, no need to call the police. They gave me some tips about car-repair shops and dealing with insurance companies. This was my first experience with a car crash.

The tow truck then arrived, my car was loaded onto it, and the driver, a big, affable man with a gray beard, introduced himself and gave me a ride back toward the medical center. He said the woman with the umbrella had told him that she saw my car spin toward the median as she drove behind me, and that she’s amazed I’m still alive and didn’t hit any other cars. He said, “You’re blessed. You do good things for other people, so the good Lord saved you!”

I’m agnostic, but for a moment I wanted to believe him.

He dropped me off at work, where, after talking about the wreck with attendings, staff and co-fellows, I called a patient whose MRI had been read, providing the final piece of information needed to diagnose him with ankylosing spondylitis. He’s only two years older than me. As at our initial visit, he had many questions. He’d read many papers on his own about spondyloarthritis and the available treatments. Online, he had seen those iconic photos of a man with ankylosing spondylitis whose spine becomes progressively deformed and was worried that he might end up the same way. We explored the prognostic possibilities. He worried about the potential complications of treatment. He wondered if he might never feel normal again. Patiently, question by question, I walked with him through the shocking experience of being diagnosed with a potentially debilitating disease. In a sense, the vehicle of his life, his body, threatened to spin out of control and off the highway, potentially crippling, if not killing him. I tried my best to be his good Samaritan with an umbrella, a calming manner and warmth in cold, blinding rain.