"Tomlinson Hill": A white man from Texas unearths his family's shockingly racist past

The story of two families, one black, one white -- with a painful shared history 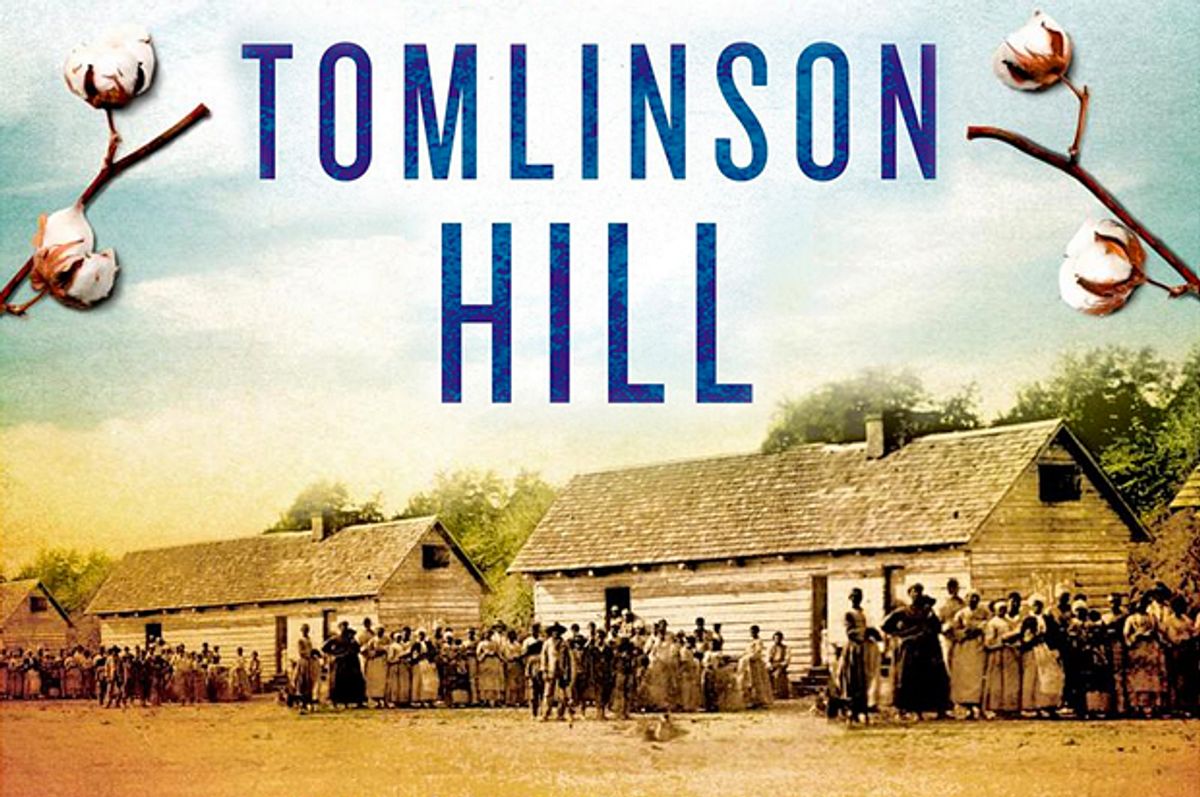 As a boy growing up in Dallas, Chris Tomlinson heard few stories of his family's one-time cotton plantation in the eastern part of the state, near a town called Marlin, on the Brazos River. "When I asked about it, relatives provided me with only one fact about the old slave plantation," Tomlinson writes in his new book, "Tomlinson Hill." The lore went that "when emancipation came, the former slaves had taken our name as their own." Chris Tomlinson's grandfather, Tommy, liked to present this fact as evidence that "we treated our slaves so good," but Chris' father -- a long-haired aficionado of bowling and jazz nicknamed "Smiling Bob" by his louche friends and who described Tommy, his father, as "an all-purpose bigot" -- raised an eyebrow at this yarn. "That may not be the reason they kept the name," he told his son drily.

But what most struck the young Chris Tomlinson about all of this was the revelation that "there were black Tomlinsons, too." Like a lot of Southerners -- and Tomlinson is adamant that his family, their community and much of Texas itself considered itself Southern until the 20th century -- he'd been raised with a romantic if rather hazy image of the Confederacy. His family were "gentry" and rumored to be related to Robert E. Lee, naming one son of every generation after the beloved Civil War general. His parents, political liberals (his father worked on George McGovern's 1972 presidential campaign), had raised him to deplore racial prejudice, but through a complex dance of rationalization and denial practiced by most of the Texans around them, it also seemed possible to cling to the old ideals, "the cause."

"I felt proud of my family's slaveholding and Confederate past," Tomlinson writes of his youthful self, "not because I believed in slavery or racism, but because white Texans honored and celebrated that heritage." In school, he was taught that "slavery was wrong," but somehow his teachers found a way to walk "a careful line in teaching about race, holding no one responsible for the sins of the past." When Tomlinson -- a child of the era of desegregation and busing who had several black friends -- thought about the likely descendants of his ancestors' slaves, he felt not shame but simple curiosity: Had he ever met them? Little did he suspect that one of those descendants, LaDanian Tomlinson, would grow up to become a running back for the San Diego Chargers and receive the NFL's Most Valuable Player Award in 2006. (LaDanian contributes a foreward to "Tomlinson Hill.")

It was only after a couple of decades, spent first in the Army and then working as an Associated Press reporter covering wars in Africa, Iraq and Afghanistan, that Tomlinson decided to consider his family heritage in depth. He'd witnessed, first hand, the toll of genocide in Rwanda, met child soldiers in the Congo and interviewed al Qaida members in Somalia. "Every conflict I covered included an element of bigotry," he writes, and he came to view all of it as a mask for bids to "hoard power and privilege." He'd also been on hand to see the fall of apartheid in South Africa. He believed in the concept behind the Truth and Reconciliation Commission, that is, "the one thing all forms of justice share is the need to establish the truth about what happened and why." Furthermore, "only once the truth is known can there be true reconciliation."

"Tomlinson Hill" (a film and interactive website as well as a book) is the result of that belief, a dual history of the white and black Tomlinsons and the rural town they settled and in a few cases still inhabit today. Tomlinson scrutinized over a century's worth of newspaper and civic records, interviewed elderly members of the black Tomlinson family about life under segregation and Jim Crow and delved into the invaluable oral histories collected from emancipated slaves by the Works Progress Administration during the Depression, among the few reliable first-hand accounts of slavery we have. The unfolding lives of the two families are set against the backdrop of Texas and American history: the settlement of the area by Southern slaveholders and small farmers seeking to make their fortunes further west; the advent of the Civil War and the brief, if troubled, promise of Reconstruction; the emergence of sharecropping as a covert reinstitution of slavery; the KKK and lynchings; the Depression; the Great Migration that brought many African-Americans from the country to the city; the Civil Rights Movement and, finally, the economic decay that currently afflicts so much of small-town America.

Although Tomlinson describes the impulse behind the book as a desire "to examine America's history of race and bigotry through the paternal lines of these two families," it's actually much more than that. While the story of white Marlin has some intriguing aspects, such as a period when the local hot springs and their healing powers made the area a tourist destination, Chris Tomlinson's portrait of African-American life on the Hill is more captivating, if (by necessity) less thoroughly documented.

Once emancipated, blacks in rural Texas deployed great industry and creativity in setting up robust, parallel communities largely concealed from the eyes of their white neighbors. It was a form of pioneer life, as self-sufficient as possible to minimize any contact with whites: raising sweet potatoes, cooking cornmeal-batter cakes on hoes held over a flame (the origin of "hoe-cakes) and inventing "ingenious traps for everything from ground-dwelling birds to white-tailed deer." An influential culture flourished around Marlin, as well: the blues musicians Blind Lemon Jefferson and Lead Belly both had roots in the town and played on Wood Street, the main drag of the red-light district.

LaDanian still recalls with yearning the seamless connections among the households of Tomlinson Hill, an entirely black neighborhood by the time he was growing up there in the late 1970s. He remembers the freedom of running in and out of his relatives' homes with his brothers and sisters, feeling as if "there was no area off-limits to us." Later, poverty and drug abuse would riddle and destroy this world, while harassment, discrimination and exploitative social and economic institutions always made its survival tenuous, but Chris succeeds beautifully in conveying why the area remains so dear to LaDanian, who still hopes to persuade his (highly reluctant) wife to settle there.

The long history of the two Tomlinson clans is complex and occasionally surprising. The white Tomlinsons, for example, established one of the first "negro schools" in Texas after the Civil War. Not that Albert Tomlinson (Chris' great-great-uncle, if I figure it rightly) wanted his sharecroppers to use the skills they acquired at the school to manage their own finances; sharecropping was a system designed to assure that black farmers made the least possible profit from their labors, allowing the landowner to deduct the "cost" of materials advanced to tenants at the beginning of the planting season. And there were some emancipated slaves who most definitely did not wish to adopt the Tomlinson name; one picked his new surname from a sign he saw by the side of the road on his way to the courthouse. Determined not to flinch from the ugliest side of his own background, Chris Tomlinson presents persuasive evidence that his ancestors were members of the Ku Klux Klan and most likely were present at, and possibly active participants in, lynchings.

In the book's epilogue, Tomlinson relates, "a white woman in Marlin told me that since I wasn't alive during slave times, there was no reason to confront that history. In my research, I found that people love to embrace their heritage until they're asked to confront America's racist history." As much for the many fascinating individual stories it contains, "Tomlinson Hill" is trenchant for the way it takes readers, step by step, from "slave times" to today, illustrating the direct effect that the legacy of slavery has on African-American lives in the present. It's not a pretty story, but it's an endlessly compelling one, and, clearly, it needs to be told again and again.