Despite few noticing, a key sentencing commission is whittling away at insane drug sentences. Here's how 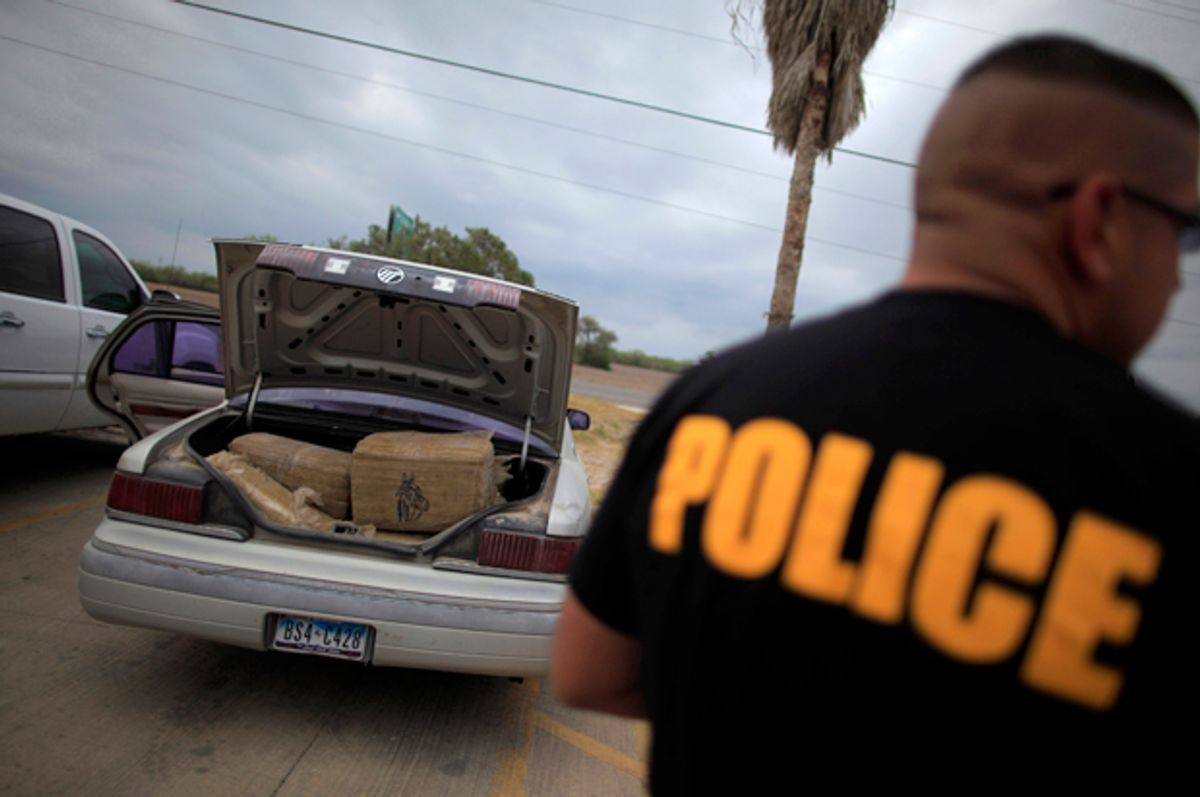 Amid all the far-flung examples given about the Obama administration's hatred for the rule of law and the "imperial presidency," there's one issue that's largely flown under the radar: Eric Holder and the U.S. Sentencing Commission's attempts to reduce the prison sentences of non-violent drug criminals during the administration's second term.

The Sentencing Commission, which recommends guidelines for federal crimes that judges look to when applying sentences, voted earlier this year to alter its formula for certain non-violent drug trafficking sentences -- in effect lowering those sentences. Those guidelines go into place this November, barring congressional action to block them.

On Friday, the Sentencing Commission made an even more dramatic move: it voted, unanimously, to apply full retroactivity of the new guidelines to those sentenced before they go into effect. Once again, unless Congress gets in the way, some 46,000 prisoners -- about a quarter of the federal prison population -- will be able to petition judges to have their sentences reduced, perhaps by a matter of years. This change goes even farther than what Holder and the Justice Department had been recommending, which would have only affected some 27,000 prisoners. After the commission's vote, however, Holder came out in support of full retroactivity.

The department looks forward to implementing this plan to reduce sentences for certain incarcerated individuals. We have been in ongoing discussions with the Commission during its deliberations on this issue, and conveyed the department’s support for this balanced approach. In the interest of fairness, it makes sense to apply changes to the sentencing guidelines retroactively, and the idea of a one-year implementation delay will adequately address public safety concerns by ensuring that judges have adequate time to consider whether an eligible individual is an appropriate candidate for a reduced sentence. At my direction, the Bureau of Prisons will begin notifying federal inmates of the opportunity to apply for a reduction in sentence immediately. This is a milestone in the effort to make more efficient use of our law enforcement resources and to ease the burden on our overcrowded prison system.”

Which isn't impossible. A number of libertarian-tinged Republicans -- most notably Sen. Rand Paul -- agree with Holder and most Democrats that sending (mostly black) people to jail for carrying some drugs is a relic of harsh, dated approaches to the War on Drugs that don't make much sense anymore. Even Republicans like Rick Perry and Grover Norquist are working to promote "smart on crime" approaches that give judges more flexibility in their sentencing for drug crimes. Had the Sentencing Commission and Holder made such moves even just a decade ago, there's no question they would have been lambasted by Republicans -- The Obama administration is setting dangerous drug addicts into the streets to eat your babies, et cetera. And yet, after the announcement Friday, there was relatively silence from the party, even though we're just ahead of midterm elections.

But even if the GOP is becoming more of a Rand Paul party in the drug sentencing arena, the old-style, anti-drug Republican element isn't dead yet. Maryland Rep. Andy Harris, for example, was able to pass an appropriations committee amendment defunding enforcement of the District of Columbia's new marijuana decriminalization law. That the Obama administration would issue a veto threat of the appropriations bill containing that provision, however, still shows that the middle-ground on drug policy is shifting.