Michael Sam is not a distraction: Why Obama's executive order is so necessary 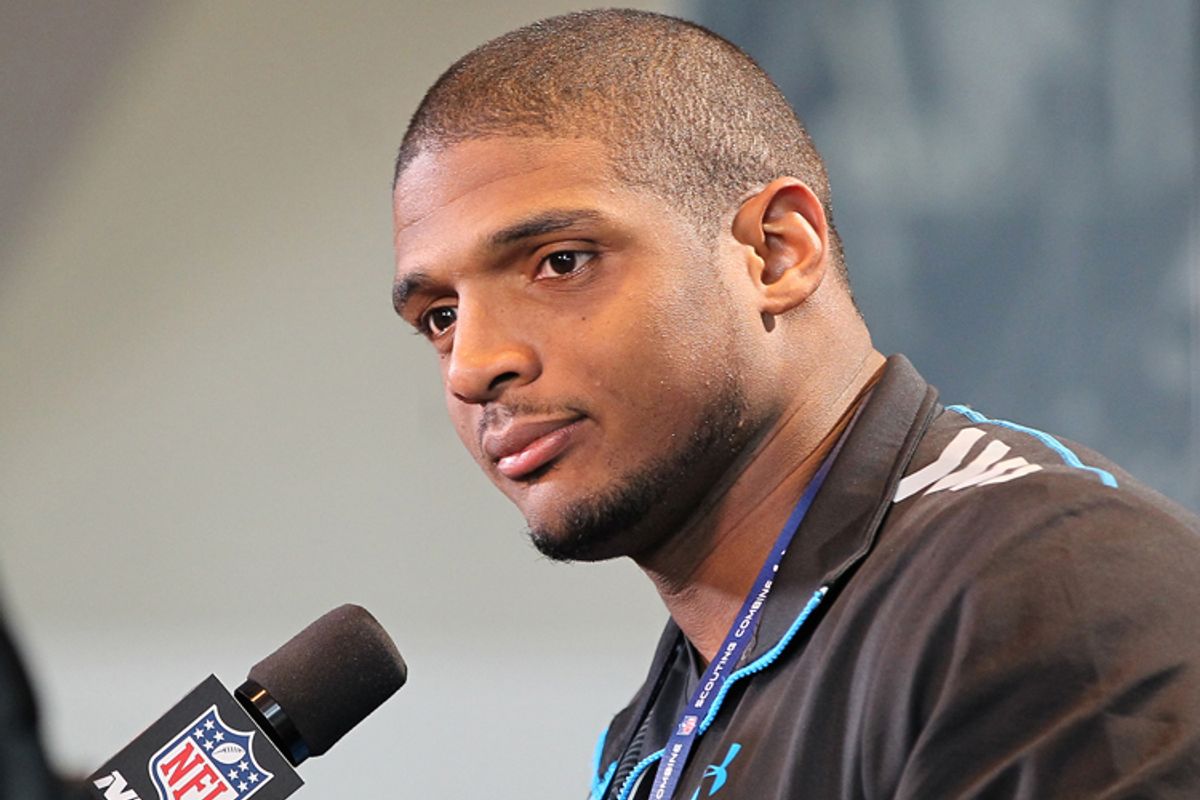 Former coach and current NBC analyst Tony Dungy wouldn't have drafted Michael Sam because he "wouldn't want to deal" with having the NFL's first openly gay player on his team, according to a Monday story in the Tampa Bay Tribune. As Deadspin and the Washington Post have noted, Dungy didn't show quite the same resistance to so-called distractions in the locker room when he helped facilitate Michael Vick's return to the league. But then again, the former Tampa Bay and Indianapolis coach has a long history of being a pretty outspoken homophobe, so his views about Sam are pretty much par for the homophobic course.

Though it was kind of apt that a story revealing the anti-LGBTQ sentiment that still animates people's hiring decisions ran on the same day that President Obama signed an executive order banning discrimination based on sexual orientation and gender identity among federal contractors. Notably, the order did not include the broad religious exemptions that would have turned it into a toothless piece of show policy.

It's estimated that the order will impact 20 percent of the American work force, a great first step but far less than would be covered under more sweeping federal legislation. (Major LGBTQ groups recently pulled their support for the current version of the Employment Non-Discrimination Act over its sweeping religious exemptions.)

Dungy's discriminatory hiring instincts are already technically illegal under the NFL's policies, but his framing is a pretty strong reminder of how anti-LGBTQ attitudes shape hiring and employment practices. Though he may very well think it, Dungy didn't say, "I personally think that being gay is a sin and morally inexcusable and so I would never allow someone like that in my locker room." Instead, he tried to couch his bias in this idea of a culture fit. This is how a lot of discrimination is expressed, and exactly what needs to be addressed through Obama's recent executive action and a stronger version of ENDA that will cover the rest of the labor force.

A recent study revealed that LGBTQ job applicants were 23 percent less likely to get an interview than their straight counterparts, even though those straight counterparts were less qualified for the position. Those applicants were fictional, but the discrimination wasn't. In Texas, a small group of parents tried to get a trans woman suspended from her substitute teaching job because they viewed her presence in the classroom as a "distraction" for their children. (Interestingly, one parent mirrored Dungy's comments when he said he did not want to "deal with" a trans teacher.)