It involves the Dutch and a "zombie plane" 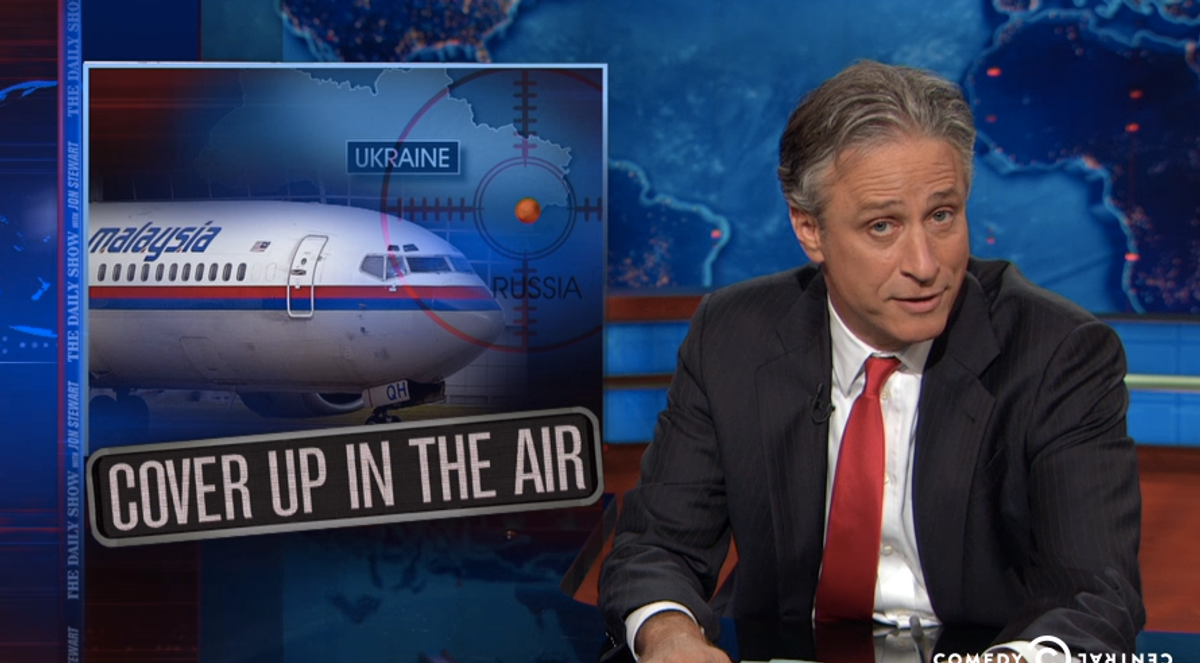 There's mounting evidence that suggests Russia was involved in shooting down the Malaysia Airlines plane that crashed over eastern Ukraine last week, but of course, the government is denying it by presenting the most absurd theories. While the Western hemisphere believes that Russia armed Russian rebels in Ukraine, Russia floats the following theory: the Dutch filled a ghost plane with corpses, flown by autopilot, over the war-torn region. Here's Jon Stewart to recap the tragic mess: