I was a single woman living in Istanbul. But on the Internet, I was a suburban mother of two, doling out advice 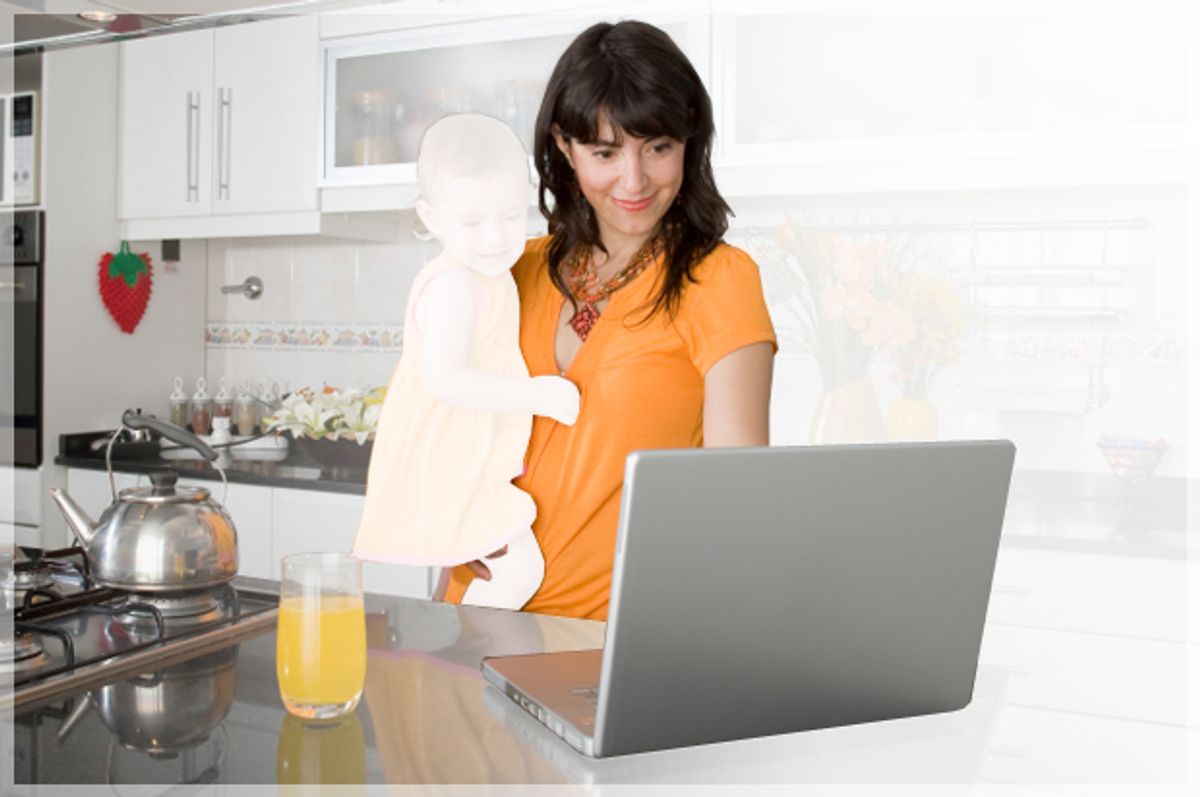 I led a double life on the Internet, but it’s not what you think. I didn’t pretend to be a Brazilian supermodel trolling dating sites, or a pajama-wearing day trader. Nor was I warrior queen in some online fantasy world. What I pretended to be was a mom with a husband and two kids, which, in truth, was something I actually wanted to be.

My reality was quite different. I left my New York life, handing in the keys to my under-market Park Slope apartment, giving away all my possessions to the kind folks of Housing Works and Goodwill. I quit my stable-for-once Internet job (nice knowing you, AOL) and decided to move abroad.

The funny thing is that I thought I would live in Italy, where I had both family ties and a work history, but the funny thing about funny things is you usually end up somewhere you never thought you would be -- like I did. It was all part of the process of taking myself seriously as a writer. It had always been my dream, but I discovered that NY and my NY life weren’t conducive to creating anything. I was more involved in maintaining my life in its hamster-wheel status quo. Italy had been both an adventure and a proving ground for me when I was in my 20s, but this time familiarity bred annoyance. I needed something new, something challenging and something that stimulated my sense of wonder. I needed something as far away from the hamster wheel as I could get. So off I went to Istanbul.

I financed myself from my savings for a while, which gave me the chance to rest and explore. Throwing myself into the world of the heart, though third on my to-do list, really was at the top. I opened myself to it all, but the Banca di Alba only took me so far. As my money started dwindling, I needed to either find a job or patch together an income. I found it hard to find paid writing work -- or any kind of work -- and I knew I didn’t want to teach English, which was how I made a living in Italy and had sworn I’d never to do again. Nothing was more boring to me than explaining verb tenses and idiomatic phrases. I had to figure out what to do -- and quickly.

Since I had worked for many years in NY on a number of parenting websites, one of my old bosses hired me to create community at a start-up Internet company where she worked. I was told I needed to create a profile, upload some photos and start friending and interacting with other moms on the site. Enter AnnaEmma, mom of two. I had a romantic backstory; I’m a writer, after all. I was briefly married to a man named Raj at 38, but he moved back to Mumbai and I got custody of our daughter KiKi. Then I met my salt-of-the-earth husband Ben and we now raised KiKi and our son Kai in Westchester.

I knew that world quite well; my sister is a suburban mom of two living in Westchester. My previous work experience meant I was well versed in children’s issues – from allergies to sleep philosophies to ADD and bullying. I could easily draw on my past work experience to speak knowledgeably about the children I didn’t have. It all felt natural.

It was easy to imagine a life in the suburbs. I knew about soccer games and cheer practice. I knew about parent-teacher conferences and bake sales. I knew that world because I had lived in that world, even though I wasn’t a wife or a mother. The concerns I heard from friends who were wives and mothers, I could easily relate to because they were concerns based almost exclusively on modern life; the lack of time, the demands of work, that gnawing feeling that life possibly held more and was I doing a good enough job with it all?

My work creating community for that website was all about answering those concerns and no, I didn’t tell everyone to abandon their lives, give up their possessions and go live in Istanbul to become a writer. My posts usually offered support and concentrated on the ordinary and daily joys of life and shared a bit of hard-won (mom and non-mom) wisdom. And even though I lived in an amazing city and had a life filled with adventures, there were many things in my double life I wanted for my own. I am in the ballpark range of 40 (I won’t say if I’m in the dugout or the bleachers), but that longing for home and family life was pulling hard. Sure, it might be awful to have three sleepless nights in a row when your 2-year-old is puking up her guts with the stomach flu, but what about those moments where you’re cozying up with a book and she asks you what something means and mispronounces it in a way that just makes you laugh?

I know I’m romanticizing the topic of home and family. I like to blot out the fact that I hate the heavy lifting of housework and feel trapped by the demands of schedule-keeping, not to mention making regular meals. I feel both pushed and pulled by the need to make commitments. I only realized as I was writing this story that I chose my mom name from those two paragons of mothering, Anna Karenina and Emma Bovary. So, no ambivalence there.

My actual life during my “suburban mom” days was the stuff every writer dreams of. I lived in a large, rambling apartment in the shadow of Galata Tower, one of the funkiest and most sought-after neighborhoods in all of Istanbul for expats and locals alike. My apartment overlooked a large decaying apartment building that seemed not to be inhabited, though every once in a while through the closed shutters I could see a light go on then off in one of the apartments. Of course, I imagined it housed a Turkish Miss Havisham living in its darkened, dusty rooms. My roommate then was a tall, loquacious Russian man who was larger than life. We would sit in one of our living rooms (we had two) and smoke, and drink countless cups of tea or the duty-free alcohol and pork products our guests would bring us and talk endlessly about life and love and Turkish real estate. To answer the questions of my heart, I had a lover who would visit on odd afternoons when the apartment was quiet. We would stand on the sills in our stocking feet and throw my quilt and blanket over the seven-foot windows so Miss Havisham wouldn’t be able to see us. Then we’d make love in my small twin bed only to be roused by the late afternoon call to prayer.

I had other jobs during this time. I woke up at 3 in the morning every day to be an extra on “Skyfall.” But my life was – and continues to be – up in the air. I had the kind of open-ended life that tired mothers (and fathers) might fantasize about, feeling trapped in their day-to-day lives, because longing cuts both ways. Freedom and adventure is lovely, but it also comes with a price. That quality of not knowing can be thrilling and also tiring. If you scramble to pay your rent one month, you might find it ridiculous to be doing it again (at your age!) the next.

In the end, I was only an online mom for a short while. The community started growing on its own with real moms, and I was let go, along with the rest of the paid staff. The website owners failed to find investors, and after six months the site shut down. My years of Internet experience told me the timing was wrong – even if the idea was a good one. It may have been a case of choosing the wrong time to launch.

And that’s just the kind of hard-won mom wisdom I would give to myself right now. The time isn’t right yet for the mom portion of my life, even though it’s on my mind more and more. I would also remind myself of that old Buddhist saying, be here now. I know we all have desires and dreams, we all have worries and questions about our lives. We all have wonder and adventure. It just takes different forms. I need to remember to be present in my actual, daily life because there’s a lot there for me, whatever it presently holds.

I had always imagined I would be that suburban mom with two kids, with one keeping me up at night with the stomach flu or complaining about how they won’t eat their vegetables. I never dreamed I would be a writer in beautiful faraway city doing things I never thought I could do. But life is funny like that, and also surprising. Just because you don’t have something now doesn’t mean you’ll never have it. Sometimes you have to pretend something before you can make it real.

Alba Brunetti is a writer and editor living in Istanbul. She writes a blog called The Bluest İ about her experiences and can be followed on Twitter @AlbaBrunetti.
MORE FROM Alba Brunetti