New device tests drinks to see if they've been roofied

Pd.id tells users if someone put "date rape drugs" in their cocktails. This doesn't solve the problem of date rape 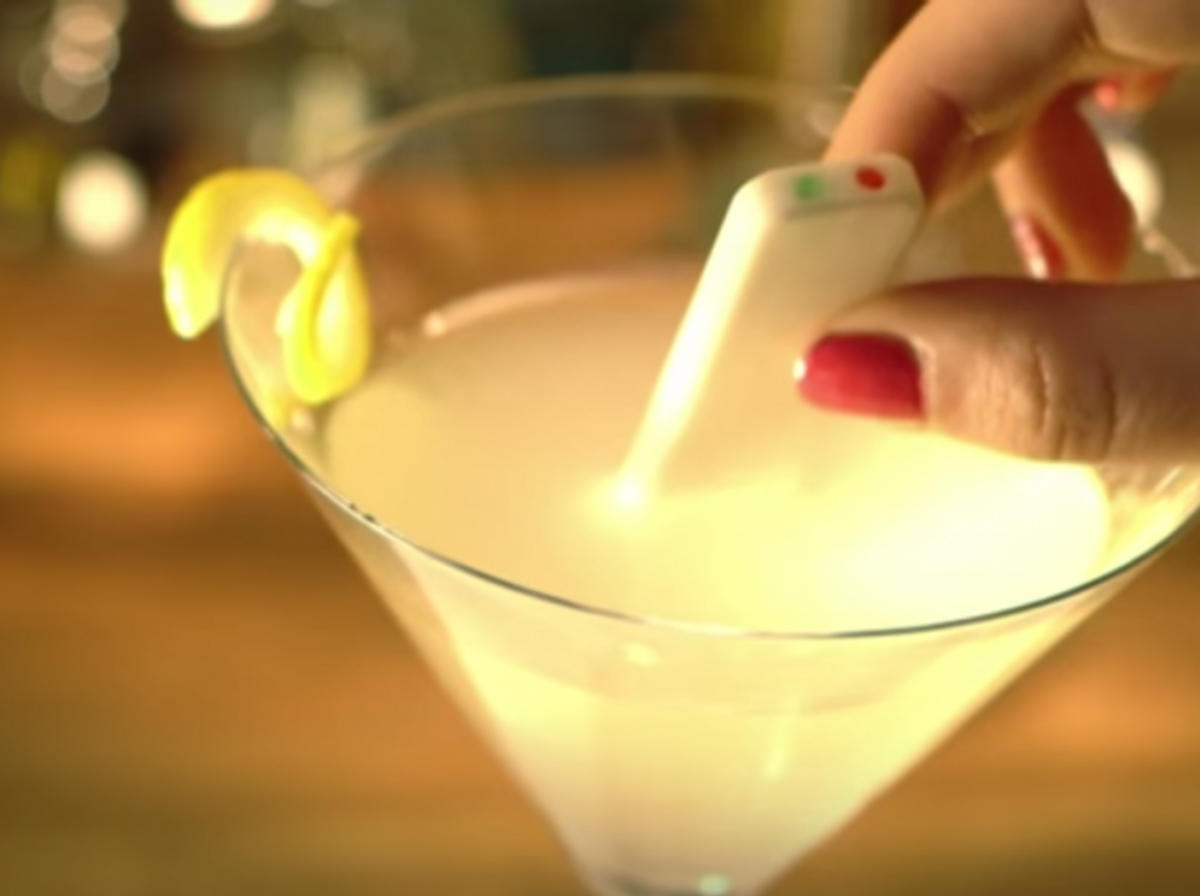 In college, I had a friend who went to a frat party and woke up the next morning in a park 20 blocks away with no recollection of how she got there. She had two black eyes but was fully clothed, and when she went to the hospital for an exam doctors found no evidence of assault. This was lucky, given the situation -- which could have been avoided if she'd known that her drink had been spiked with some form of "date rape" drug. Or -- this might be a crazy suggestion -- maybe it was a situation that could have been avoided if someone hadn't spiked her drink in the first place.

Obviously, the latter alternative for this young woman (and countless others) to avoid being taken advantage of is not something young adults expect to happen; college students learn never to put their drinks down at parties or bars for fear of getting roofied. To assuage these fears, a Toronto-based inventor has created a new device that scans drinks to detect a range of substances and then tells users if their drinks have been drugged.

The device, called pd.id, relies on technology that has been used by the DEA for years, using a combination of electrical conductivity tests, temperature measurements and spectroscopic analysis to scan the molecular makeup of a liquid. It's not the first device of its kind, but pd.id comes with some fancy new digital updates: The device refers back to a preloaded database of commonly used date rape drugs, which is regularly updated to make sure no new drugs slip into popular use unnoticed. Pd.id will light up with a red LED light if and when it detects something questionable in a drink, and if it's synced with a user's smartphone, the device will send a text message listing exactly what it's found.

Pd.id's creator, David Wilson, said he was inspired to create a cost-effective device that would help people feel safe after hearing too many stories of drug-induced sexual assault. He has launched an Indiegogo campaign to raise funds for the project, which he hopes will allow him to sell pd.id for $75 a gadget. "It’s about personal protection, feeling secure," Wilson writes on the campaign page. "And it’s about empowering our daughters, sons, sisters, brothers, spouses, partners, friends, coworkers and ourselves to be safe in an often unsafe world.”

According to RAINN, 1 in 6 women will experience rape or attempted rape in her lifetime, and the makers of pd.id estimate that nearly a quarter of those assaults will be facilitated by alcohol or date rape drugs. Surely, a device like pd.id will help prevent a significant number of those abuses, and easy recognition of that fact is why many responses to the device have been positive. A quick scan of Twitter reveals support for pd.id not only being sold on college campuses, but "hell, handed out to freshmen women" -- just like free pepper spray or flyers for self-defense classes.

There's nothing inherently wrong with giving women and men of all ages the tools to empower and defend themselves in vulnerable situations. But when inventors have to keep coming up with new technologies to help people feel safe, it indicates that we are merely trying to treat symptoms of an insidious problem. When devices like pd.id or apps like Kitestring come out, the response is usually a resounding, "Wow, great idea!" But how cool would it be if the response were, "Why ever would we need that?"

Watch the pd.id promotional video below: