US to present intelligence data on plane crash 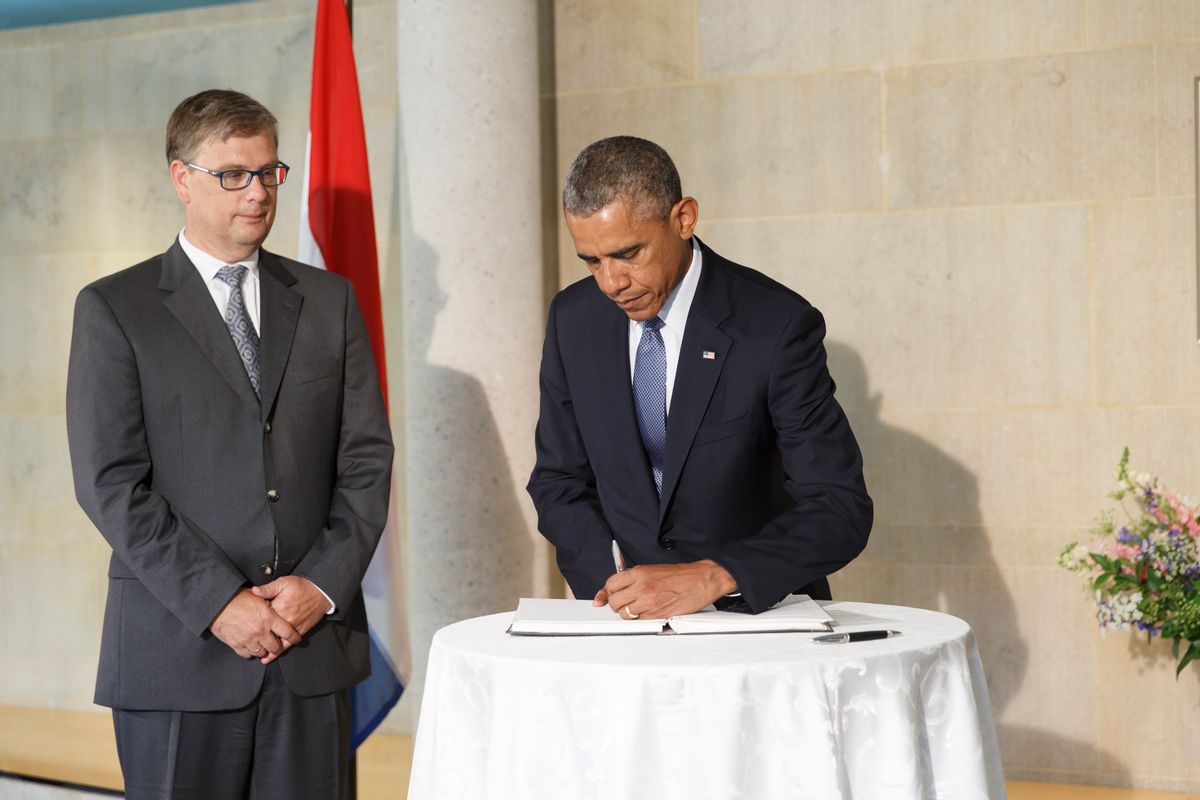 President Barack Obama visits the Dutch Embassy in Washington to sign a book of condolence, joined by Deputy Chief of Mission Peter Mollema, Tuesday, July 22, 2014. Most of the 298 people aboard the Malaysia Airlines plane that was shot down near the border between Ukraine and Russia were Dutch citizens. (AP Photo/J. Scott Applewhite) (AP)
--

WASHINGTON (AP) — The Obama administration said Tuesday it would present data from the U.S. intelligence community laying out what's known about the Malaysia Airlines plane that was shot down in Ukraine.

White House spokesman Josh Earnest said the intelligence community will have some additional data to present later in the day. No additional details about what would be released were available.

Earnest said the U.S. welcomed the news that most of the remains of the 298 killed have been handed over to authorities and the black boxes were transferred to Dutch and Malaysian authorities.

But he said the U.S. still hasn't seen the level of cooperation from Russia and pro-Russian separatists that it wants to see. He said international investigators led by the Dutch still need full and immediate access to the crash site.

Meanwhile, President Barack Obama visited the Netherlands Embassy in Washington and signed a condolence book for those who were lost. He said he wanted to "assure the Dutch people that we will work with them to make sure that loved ones are recovered, that a proper investigation is conducted and that ultimately justice is done."