Centrists' hot new obsession: How they're hoping to strip party bases of power 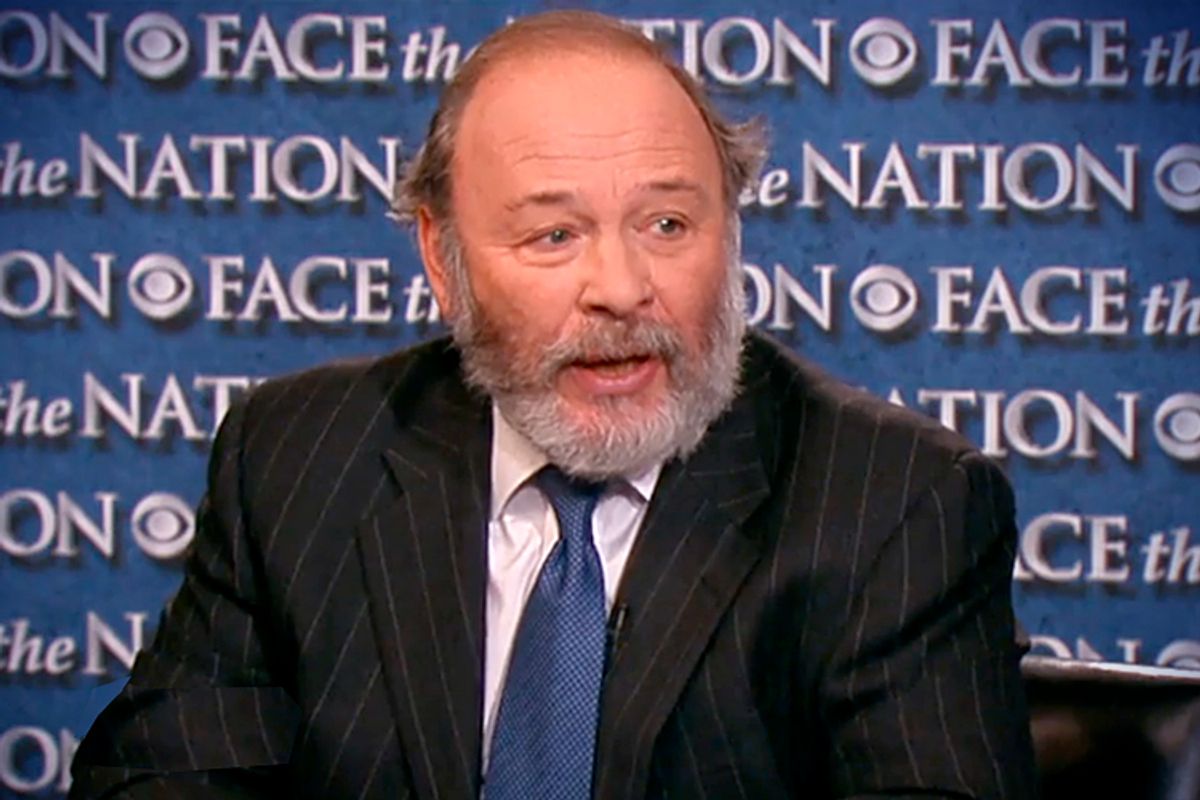 Last May, noted centrist Joe Klein seemed to be very excited at the prospect of California's new jungle primaries (which send the top two vote-getting candidates, regardless of party, to a runoff) churning out a crop of "moderates." This was the whole point of the new primary system, which Wikipedia unhelpfully describes in this odd way:

Under this system, the two candidates receiving the most and second-most votes, respectively, will be the contestants in the general election -- as in a runoff election, in a two-round system. (In some cases, this second round of voting is only necessary if no candidate receives an overall majority on the initial ballot.) However, there is no separate party nomination process for candidates before the first round, and political parties are not allowed to whittle-down the field using their own internal processes (e.g., party primaries or conventions). Similarly, it is entirely possible that two candidates of the same political party could advance to the general/run-off. This system reduces election (e.g., campaigning and balloting) costs to taxpayers, as extra/partisan primary elections are eliminated.

It does note that that last claim is "dubious-discuss" and it certainly is. There is no reason to believe that these races will cost anything less than they usually do and it's hard to imagine why that would be. Do they assume that because two candidates will both be of the same party they won't bother to campaign against each other?

But be that as it may, the real purpose of this system is to elect moderates to office. They say so right up front. From Klein's Time article:

“In the Jungle Primary, everybody has to run to the center,” says Fred Keeley, a former state rep from Santa Cruz who co-chaired the Voices of Reform project, “because that’s where the votes are.”

To the avowed centrist like this fellow and Joe Klein, nothing is more annoying than a party's base having political influence -- they are so wild and unpredictable with all their philosophies and ideologies, convinced as they are by some silly notion that they should be able to vote for people to represent those ideas in our government. They are nothing but trouble.

Klein was particularly taken with an ex-Schwarzenegger ally, a Republican-turned-independent named Dan Schnur who was running for Secretary of State after having engineered the new ungerrymandered redistricting plan and the jungle primary system in California. (Nothing thrills a D.C. centrist more than an ex-Republican "independent" with nice manners and a few liberal positions on social issues that keep them from being embarrassments at beltway dinner parties.) Schnur has quite a pitch:

Until centrist voters are prepared to embrace independent candidates in statewide races, the alternative is for them to exert more pressure on the choices presented to them by the existing parties. Redistricting reform and the top-two primary system have created opportunities for voters to express their preferences for less ideologically extreme candidates.

The only people a centrist believes capable of running the government properly are those who pretend to mediate between the riff-raff on either side while maintaining the status quo on behalf of various elite stakeholders. These are the people who "know what they're doing." And make no mistake, in California, a state where the Republican party is as dead as the fish in Luca Brasi's newspaper, the "ideologues" they want to contain are not conservatives, they are liberals.

The verdict isn't in yet on how well that's going to work. In the June primaries, the two races Klein highlighted as test cases for the new "centrist" juggernaut won't be decided until the fall. (His friend Schnur lost decisively.) In Silicon Valley, old-school liberal Democrat Mike Honda decisively beat the neo-liberal Democrat Ro Khanna, but they'll face each other again in November. As a longtime incumbent, Honda had the help of some heavy Democratic hitters including the House majority leader, whose district is just up the road, while Kanna checked most of the Democratic boxes but his affinity for business solutions and big money donations from special interests made him suspect in this Democratic district. Honda still only won with 49%. The Republicans in that district will be voting for either a liberal Democrat or a centrist Democrat with a strong affinity for business and Wall Street. I wonder who they'll pick?

Meanwhile, the GOP district Klein featured to prove a moderating influence of the jungle primary was California's fourth district, featuring conservative firebrand Tom McClintock and a newcomer named Art Moore. Moore calls himself a conservative and holds conservative positions on everything but a few social issues, where he calls himself more "libertarian." Klein was very excited at the prospect of a "moderate" Republican like Moore winning with Democratic and independent votes. (That's the best of all possible worlds.) Both McClintock and Moore advanced to the general as expected and the minority Democrats in that district will be voting for either a right-wing ideologue or a self-described conservative who doesn't totally loathe gay people and promises to "bring people together." That's quite a choice.

If this were to work the way they want it to work what you'd end up with in both districts is the partisan minority voters having to hold their noses and vote for someone they really don't like in order to elect someone the majority in the district also don't like. (And the worst-case scenario is when a bunch of candidates of the same party cancel each other out in a district that should go their party's way and leave their voters to choose between two candidates from the opposing party. )

Yet we're supposed to believe this system is designed to make everyone excited about the political process and get them engaged once again? Hardly. This is pretty obviously designed to drive down participation by wringing every bit of political passion and ideological commitment out of it and leave politically involved citizens with a very bad taste in their mouths. The only people who could possibly be excited by this are the people who hold the purse strings and have a strong interest in maintaining the status quo. Making everyone frustrated is a feature, not a bug.

And if you don't believe that, get a load of this drivel from Wall Street's favorite Democrat in yesterday's New York Times, Senator Chuck Schumer:

We need a national movement to adopt the “top-two” primary (also known as an open primary), in which all voters, regardless of party registration, can vote and the top two vote-getters, regardless of party, then enter a runoff. This would prevent a hard-right or hard-left candidate from gaining office with the support of just a sliver of the voters of the vastly diminished primary electorate; to finish in the top two, candidates from either party would have to reach out to the broad middle.

He goes on to claim, without any evidence at all, that California has been transformed by this system over the last two cycles and it is now a utopia of moderation. This is simply not true. The sidelining of the GOP in California has been happening over the course of a couple of decades now. And he knows that. It's safe to guess what he's referring to is the fact that longtime liberal firebrand Representative Pete Stark was beaten by a more moderate Democrat in the general election in 2012. That's what we're talking about in California -- getting rid of liberals. (There are no moderate Republicans. Anywhere.)

Perhaps Senator Schumer should be a little bit more concerned about his own neighborhood. The Senate is an undemocratic, anachronistic throwback to the British Parliament, which today has far more power than the House of Lords.  Of course, this is a fellow who, in the next breath, celebrates the fact that his buddy, Mississippi Senator Thad Cochran, won his runoff with the help of African-American Democrats whose only choice in November is a Tea Party wingnut, a hardcore conservative incumbent and a far right Red State Democrat. As I said: feature, not bug.