Neither "concrete facts" nor "irrefutable evidence" is required to place someone on it, apparently 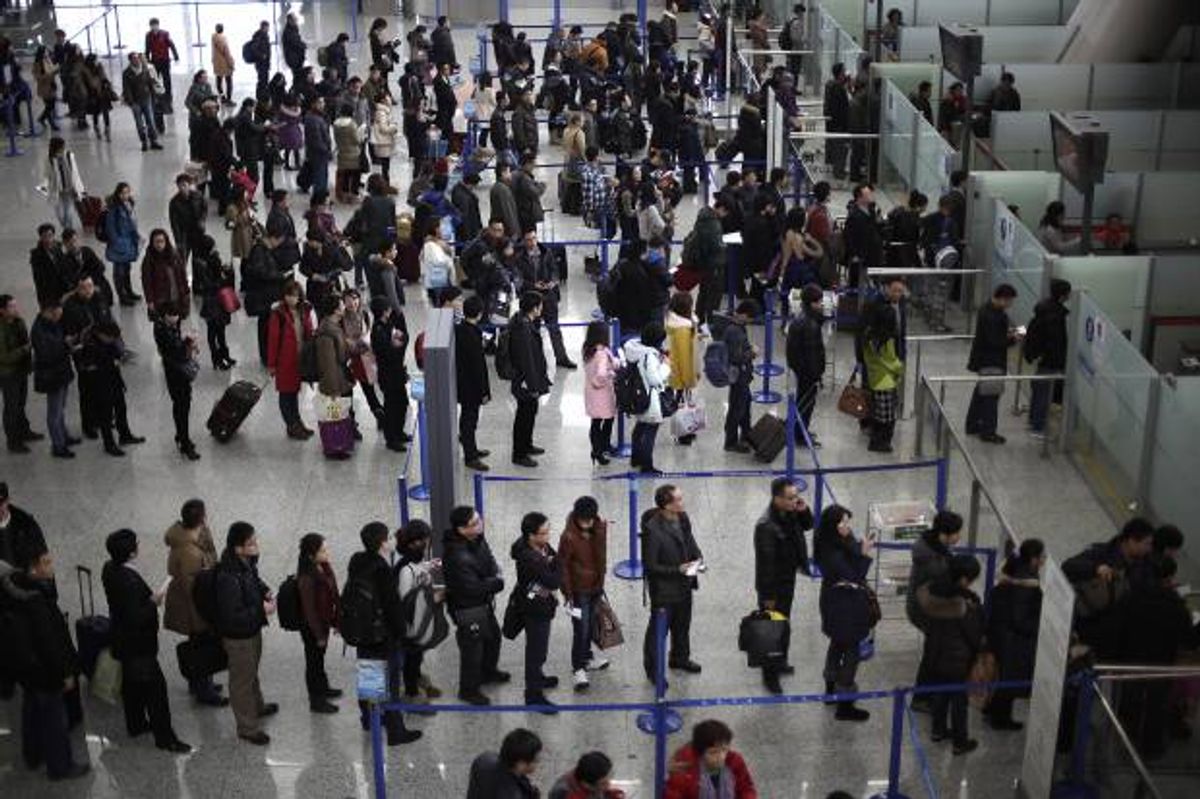 According to a major new report by Jeremy Scahill and Ryan Devereaux at the Intercept, the rules determining how the government decides to place someone on its infamously expansive no-fly list are now available to the public for the very first time, after a source in the intelligence community provided the outlet with a previously secret 2013 report.

But despite the significance of being placed on the no-fly list — which allows government to request all kinds of information without a warrant — the Intercept finds that the guidelines spelled out in the 2013 report are extremely loose, giving officials so much discretion that the system, according to Scahill, "makes a mockery of the idea of due process."

Produced after receiving input from no less than 19 government agencies — the CIA, Pentagon, NSA and FBI among them — the report, which is technically unclassified but nevertheless has been closely guarded by Washington, does not require officials to provide "concrete facts" or "irrefutable evidence" in order to place someone on the list.

In fact, the rules for putting someone on the list are so weak that it's acceptable for entire "categories" of people to be considered threats at a White House official's choosing.

Scahill and the Intercept — which is a part of Pierre Omidyar's First Look Media; was founded Scahill, Glenn Greenwald and Laura Poitras; and features former Gawker editor John Cook as editor-in-chief — say they were aware that Attorney General Eric Holder had previously stated the release of the 2013 report could endanger national security, but felt compelled to run their story anyway in the interest of transparency and public oversight.

"The watchlisting apparatus, which has no meaningful outside oversight, gives the White House sweeping, secret powers that no democratic government should have," Scahill told HuffPost Live. "The government will not tell you if you are on the list, but it will share its labeling of you as a 'known or suspected terrorist' with foreign governments and private contractors. These policies make it nearly impossible to challenge your secret designation. The American public has a right to understand the policies of what amounts to a shadow legal system."

More from the Intercept:

The document’s definition of “terrorist” activity includes actions that fall far short of bombing or hijacking. In addition to expected crimes, such as assassination or hostage-taking, the guidelines also define destruction of government property and damaging computers used by financial institutions as activities meriting placement on a list. They also define as terrorism any act that is “dangerous” to property and intended to influence government policy through intimidation.

This combination—a broad definition of what constitutes terrorism and a low threshold for designating someone a terrorist—opens the way to ensnaring innocent people in secret government dragnets. It can also be counterproductive. When resources are devoted to tracking people who are not genuine risks to national security, the actual threats get fewer resources—and might go unnoticed.

“If reasonable suspicion is the only standard you need to label somebody, then it’s a slippery slope we’re sliding down here, because then you can label anybody anything,” says David Gomez, a former senior FBI special agent with experience running high-profile terrorism investigations. “Because you appear on a telephone list of somebody doesn’t make you a terrorist. That’s the kind of information that gets put in there.”