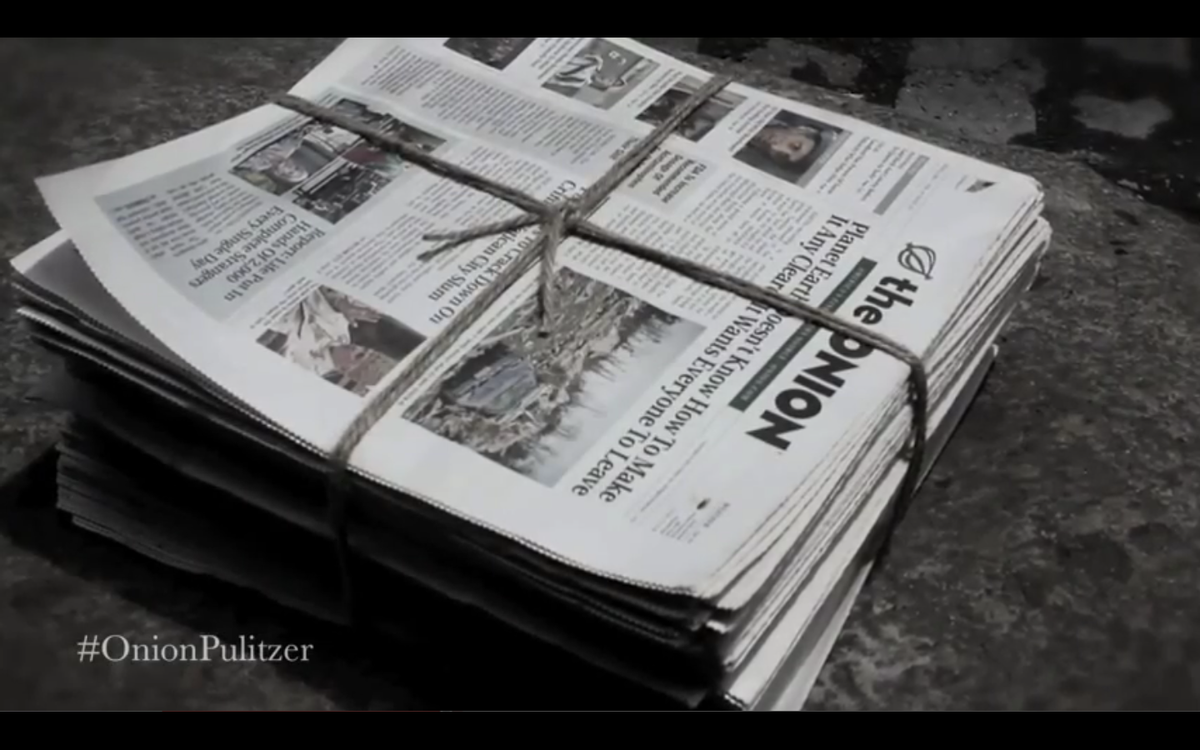 Overwhelmed by the recent onslaught of increasingly burdensome abortion restrictions sweeping the country and not sure where to put those feelings right now? The Onion's got you, friend.

In a piece called, "New Anti-Abortion Legislation Requires Doctors To Scale 18-Foot Wall Surrounding Clinic," America's finest news source manages to so perfectly lampoon these restrictions -- like requirements that clinics must meet the standards of ambulatory surgical centers or have admitting privileges or transfer agreements in place with nearby hospitals -- that you'll laugh, and maybe also cry a little because my goodness things have gotten really, really bad and what is even going on in this country?

In an effort to make certain that physicians who perform the procedure are fully qualified to do so, a new state law passed Tuesday will require Mississippi doctors to climb an 18-foot wall before entering any medical facility providing abortions.

The Clinic Fortification and Physician Excellence Act calls for the construction of concrete barriers nearly two stories tall and 4 feet thick around all clinics offering abortion services, and for physicians working at these sites to scale such barricades unassisted, a landmark piece of legislation that supporters hailed as a victory for women’s health.

“No woman, in this state or any other, should ever receive care from a medical professional incapable of climbing an 18-foot wall,” said Governor Phil Bryant, adding that it was “ridiculous” that women had been living in a place where doctors could perform abortions without first surmounting an obstacle approximately three times their height. “Any physicians lacking the necessary upper body strength to pull themselves up and over an 18-foot wall have no business performing such a potentially dangerous procedure.”

They even managed to work in a dig at cynical claims about abortion restrictions being about women's safety, with a fictional anti-choice activist commenting, “The message we’re sending to women in this state is that it’s perfectly okay for them to be treated in unsafe facilities staffed by people who did nothing more than hop over a glorified little fence.”

And then here's a decidedly not satirical report on the status of reproductive rights one year after the passage of HB 2.