"If I were a bird, I'd be a baby eagle": Jerry Seinfeld's bizarre, hilarious Reddit AMA

The comedian talks Netflix, whether "Seinfeld" would survive on TV today, and why he loves dumb questions 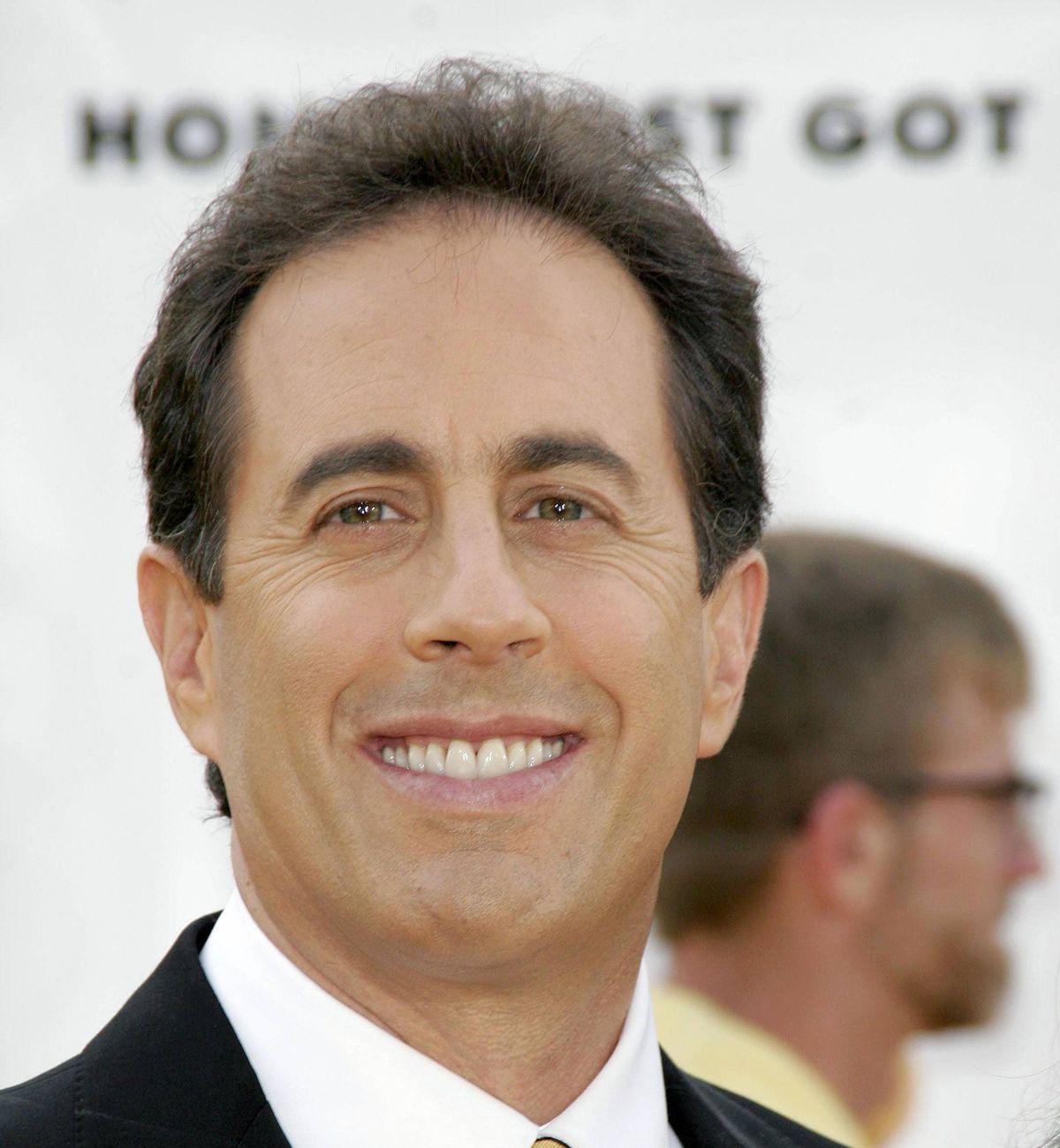 After a pleasant experience in January, Jerry Seinfeld returned to Reddit on Thursday afternoon to promote the fourth season of his series, "Comedians in Cars Getting Coffee," and its new spinoff segment, "Single Shots." Seinfeld announced that "conversations are presently taking place" to bring '90s sitcom "Seinfeld" to Netflix. But the comic spent most of the time fielding "dumb" questions ("the dumber, the better," he wrote in the AMA subject headline), explaining in the AMA that "I like weird, offbeat questions so there's nothing really dumb to me. It's the normal questions, the boring ones, that bother me the most." (Like normal people do). So here are the 10 dumbest, and therefore, best:

If you were a bird, what type of bird would you be?

I would be a baby eagle. Because I'm wearing short, spiky hair these days.

And what superpower would you have?

Well, obviously flying would be my superpower. And I mean, what else matters?

Do you have a secret talent?

HAHA! HA. HA.
I have many secret talents. Let's see, what would be one I could tell you about?
I'm very good at streamlining a series of activities so that everything gets done in the amount of time that I have. I am very good with the clock. Like if I have a lot of stuff to do and a limited amount of time, I'm very good at figuring it all out. I'm very efficient in everything that i do, I never waste time so that I have more time to waste.

My favorite dinosaur: I think the Tyrannosaurus Rex. He seems the most exciting. I live near the Museum of Natural History in New York, and they have the skeleton of a T.Rex in the entry way when you come in, and it's always very exciting, it's a very exciting dinosaur. Just all those teeth.

What about a favorite cereal?

Anson Mill's 18th Century Oatmeal. Which is in North Carolina. Makes the greatest oatmeal in the world. Very good for your cholesterol too.

I do kind of like cilantro, but I don't know what it is.

Why don't you wear a belt?

Haha! Um, most of the time it seems if you're wearing the right-sized pants, you don't need one. I wear it with a suit because you always tuck the shirt in, and it helps keep the shirt in.

"Would you rather have a rhino-sized hamster or a hamster-sized rhino?"

Oh my god, that's such an easy question! Who wouldn't want a hamster sized rhino? It would be one of the greatest things ever! You could put your hand down flat and just let him charge into it!

If your dreams are "to be accosted by Larry David on the street and to eat cereal with [Seinfeld]," like on Redditor, and you want to know "which is more likely to happen?" bad news:

Neither, I think your life will go on as it's been and you will never reach these peaks. My reddit associate suggests I throw you a bone. I think there's a possibility of that happening. If I had a bone, and I saw you, I would throw it at you. A literal bone, yeah, I would have to be walking down the street holding a bone.

"What is the best part about being Jerry Seinfeld?"

HAHAHAHAHAHA!
HAHA.
Hah.
Probably when I open my eyes in the morning, and I go "Oh my god, I'm Jerry Seinfeld! Let's get out of bed and enjoy this!"

Not to fear-- Seinfeld fielded plenty of "normal" questions, too, specifically about the show. For example:

Could "Seinfeld" survive on TV today?:

I don't know, it's very hard to move things around in time. Things exist because of time, in many cases. But I think funny is always kind of time-proof, so I think it could have worked even today. Obviously it would have been a completely different type of show. But you know, what made the show work was the bringing together a bunch of great actors & great writers in one place at one time. And that's just kind of like how a tornado happens, nobody really knows, it just happens.

If it were to be on TV, however, here's one "social faux pas" Seinfeld would love to cover:

But "Seinfeld" is not on TV today, and will never have a reunion or a sequel:

I think it would be lame, and I think it would be an embarrassment to the nice place that the show occupies. I'm absolutely happy keeping it the way it is. You can't keep asking for more of certain things, you know? one of the keys to life is having a sense of proportion, knowing how long to sit at a restaurant after you've eaten, or how long you should go on vacation - if you go to Hawaii for a month on vacation, I guarantee you that by the end you'll hate it. So it's the same with a TV show, you want to do a certain amount of it, so that when people look back on it and they love it. I could have easily done the show for one or two or three more years, but it would have changed the way people look back at it. I think I made the right decision. Because people like the show now even more than they did in the 1990s, because it didn't get worn out.

In the meantime, can someone please get Seinfeld's kids the "Seinfeld" emojis? "My kids are very excited about the emojis," he wrote on Reddit. "And they tried to get them, and they couldn't. So I think there is some problem with the emojis."