A wrenching documentary explores the Army's gruesome murders of Afghan civilians, and one soldier who spoke out 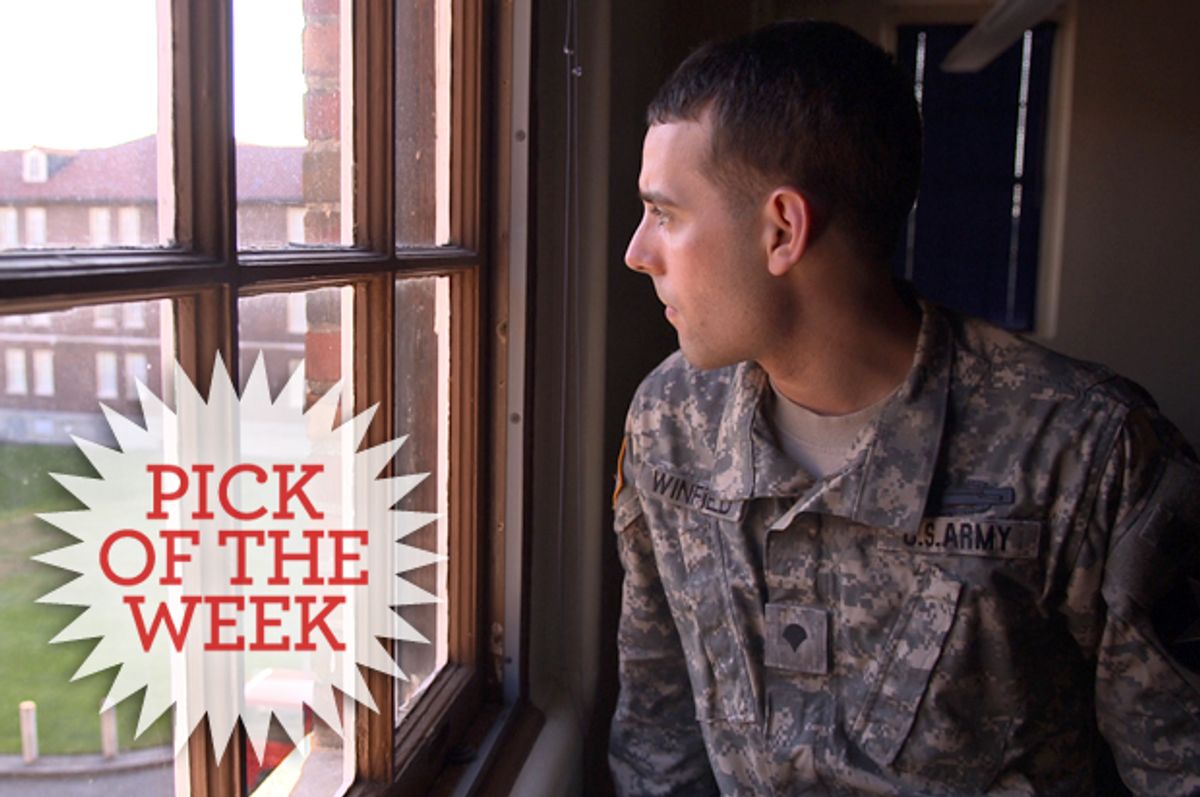 U.S. Army Cpl. Jeremy Morlock comes off as a thoughtful and intelligent fellow, at least as we meet him in Dan Krauss’ award-winning documentary “The Kill Team.” He discusses his own emotional limitations, and the way that his time in Afghanistan changed him, with impressive clarity and insight. He was startled, Morlock says, when he saw the souvenirs assembled by his immediate superior and team leader, Staff Sgt. Calvin Gibbs: Human fingers that Gibbs had cut from the hands of Afghan civilians their unit had murdered. Gibbs told Morlock he intended to allow the fingers to decompose into bone, and then fashion a necklace from them. In civilian life that might have seemed “messed up,” Morlock admitted, but in war the rules of ordinary behavior are suspended. If his sergeant wanted a necklace of human bones, who was he to judge?

In a week when a different conflict with a high civilian body count is dominating the headlines, “The Kill Team” arrives as a terrifying example of how easily basic human decency and morality can melt away in the fog of war. As Army Spc. Adam Winfield, who tried to blow the whistle on his comrades and then was swept up in their crimes, wrote to his father in a Facebook chat from Afghanistan, “There are no good men here.” First of all, “The Kill Team” is soberly executed and highly principled documentary filmmaking, tightly focused on the Winfield family’s efforts to navigate the byzantine Army bureaucracy and the ass-covering military justice system. But it’s also a kind of Rorschach test of any viewer’s attitudes about war, the military and the United States’ amorphous 13-year mission in Afghanistan.

We are certainly free to interpret the story of the “Maywand District murders” of 2010, as they are semi-officially known, as the story of a bad apple who turned an entire infantry platoon rotten. The apple in that analogy would be Staff Sgt. Gibbs, who has made no public statements and continues to proclaim his innocence, although he is now serving a life sentence for murder. (He is seen in Krauss’ film only in photographs and snippets of homemade video.) As described by those who served under him, Gibbs was a first-rate macho infantryman, something of a cowboy when it came to rules and regulations, and pretty close to a sociopath. His left calf was tattooed with numerous skull-and-crossbones designs, supposedly indicating the kills he had accumulated on previous tours in Iraq and Afghanistan. Did all those skulls represent legitimate enemy combatants? Gibbs made it clear to his men that if those were in short supply, it was easy to invent them. One Afghan was pretty much like another; if they weren’t all our enemies, they definitely weren’t our friends.

So it was that Gibbs turned the tedium and stress of life in the 3rd Platoon, Bravo Company, 2nd Battalion, 1st Infantry Regiment toward murder. His soldiers staged at least three deliberate killings of unarmed civilians in the Maywand District of southern Afghanistan. One was a 15-year-old boy doing farm work for his father, another was an adult man believed to be deaf and/or mentally disabled and the third was a local Islamic mullah. All three were justified through the use of “drop weapons,” meaning guns or grenades the soldiers brought with them specifically to detonate or plant near the bodies. You can read the story of the cold-blooded execution of Gul Mudin, the 15-year-old, in this Rolling Stone article by Mark Boal (also the screenwriter of “Zero Dark Thirty”). Platoon members, including Gibbs and Morlock, stripped Mudin’s corpse naked and posed him for photographs, smiling and holding up his mutilated head by the hair. Gibbs snipped off one of the kid’s pinky fingers with medical shears, although he awarded that trophy to Pvt. 1st Class Andrew Holmes, who may have fired the fatal shots.

“The Kill Team,” which won a Grand Jury Prize at this year’s Tribeca Film Festival, is not based on Boal’s reporting, and Krauss avoids borrowing any descriptions or accounts from the Rolling Stone article. You and I don’t have to be so careful, and in taking the two together it becomes clear that the real problem exposed here is much larger than one deranged sergeant. One Bravo Company soldier not charged with any crime, Pvt. 1st Class Justin Stoner, tells Krauss that he’d heard about numerous similar incidents in other units: “We were just the ones who got caught.” Boal also interviewed Stoner, and got to read Army internal files on the investigation, and he concludes that the “kill team” murders were hardly a dirty secret but rather “an open topic of conversation” among the 3,800 soldiers of the 5th Stryker Brigade, the larger unit that encompassed Bravo Company and its regiment. If other soldiers didn’t necessarily participate or approve of killing random civilians for fun, they also did nothing to stop it.

Investigations by Der Spiegel and the Army Times have both suggested that Col. Harry Tunnell, the brigade’s commanding officer, may have created an environment in which rogue soldiers like Gibbs felt sure they could literally get away with murder. (I’m not trying to connect the dots here, but it also sounds like half the soldiers in the brigade got baked on potent Afghan hashish every day while the officers looked away.) But no one higher than Gibbs’ rank was ever charged with anything, and as “The Kill Team” demonstrates, the Army spent significant time and resources on prosecuting the one soldier who actively tried to report Gibbs and the other killers. Winfield’s obvious revulsion at what was happening made him the target of Gibbs and other soldiers, who discussed eliminating him by way of an unfortunate accident in the weight room, or a friendly-fire incident while on patrol.

It’s clear that Winfield told his parents back in Florida about the killing of Gul Mudin shortly after it occurred, and also that his father, a ramrod-straight Marine Corps veteran, repeatedly tried to contact military authorities and was repeatedly ignored. Despite all that, Winfield was arrested and charged with murder, along with Gibbs, Holmes, Morlock and Spc. Andrew Wagnon, when the case finally came to light. (That only happened, by the way, as collateral damage from a drug bust.) His story is a heartbreaking one, about a diminutive, idealistic kid from a military family who yearned to be a patriotic hero and encountered only despair and disillusion. Winfield has now served his sentence for involuntary manslaughter, and can move on with his life, damaged as he surely is. The larger story, about the way our pointless and endless wars degrade the human condition, is still being written and never seems to stop.

”The Kill Team” is now playing at the Film Society of Lincoln Center in New York. It opens Aug. 1 in San Francisco, Aug. 8 in Los Angeles, Aug. 15 in Seattle, Aug. 22 in Santa Fe, N.M., and Washington, and Sept. 5 in Denver, with more cities and home video to follow.