A new study suggests people think less of women who post revealing photos. It speaks to a greater culture of sexism 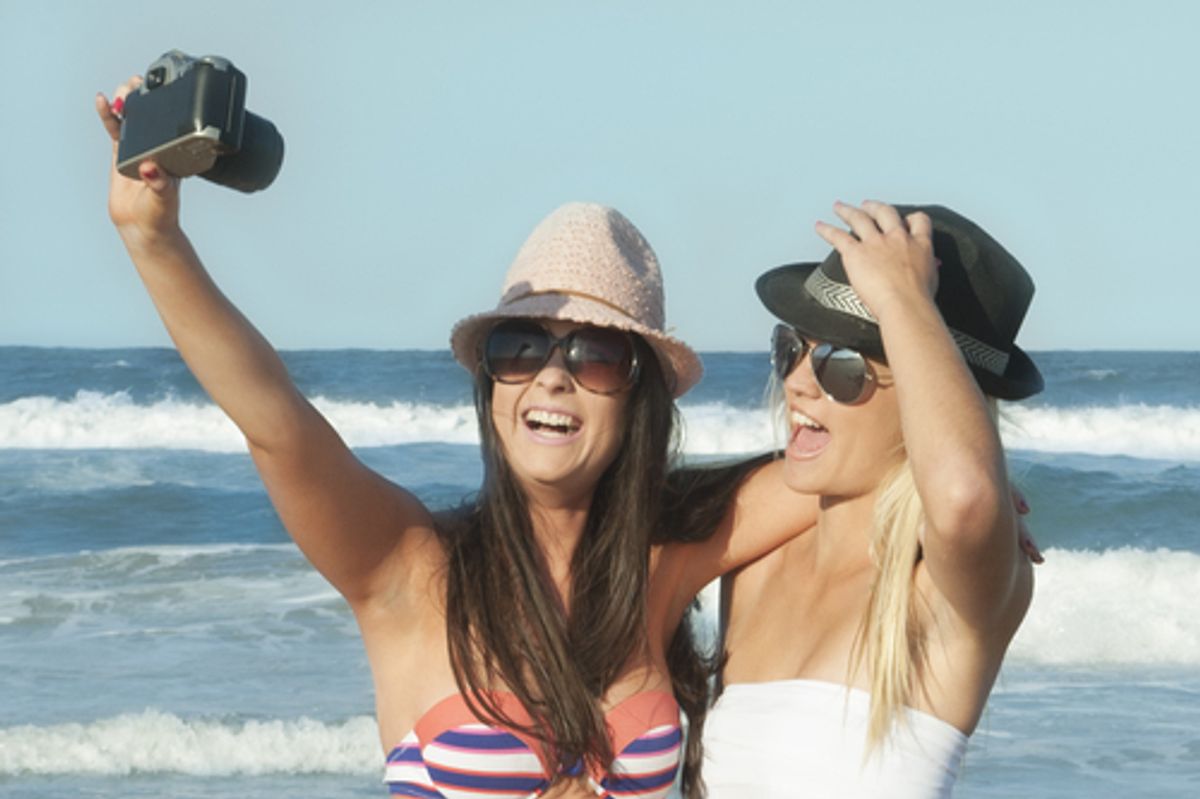 The news is in, and it’s not good for women and girls with sexy profile pics: People with sexualized images on their profiles are judged as less competent than those who go the more modest route, according to a new study in the journal “Psychology of Popular Media Culture.” Researchers asked 58 teenage girls and 60 young adult women to evaluate two Facebook profiles that were identical in every way, except for the profile picture, and the profile with the “sexy” picture was roundly condemned.

This suggests, the researchers claim, “that using a sexualized profile photo on Facebook comes with relational costs for girls and women.” Post a sexy picture of yourself, and people will think less of you. Post a modest picture, and people will think you’re more competent, more of a friend prospect, and more pretty. Respondents in the study responded uniformly across age groups, highlighting that this is not just a problem of judgy teenage girls.

The message here is that to be on social media, you must present yourself for objectification, but you can’t objectify yourself—or go too far with your social media persona. That’s a lesson women and girls have been learning (and been lectured about) for years.

For anyone without their head under a rock, this study isn’t terribly surprising. Women can’t get ahead no matter what they do, and this is a society where women who are sexual (or present themselves sexually) are judged. They’re sluts, they’re easy, they’re vapid and shallow. But on the flip side, women who don’t take enough care in their appearance, who dress sloppily, who don’t fit the required metric of how women should look, are also criticized, and here’s where this study starts to fall apart.

While the findings aren’t surprising, they may not be totally sound. For starters, the study used two pictures of the same girl (to avoid bias), but they should have used a third: One of her in very casual or even sloppy clothes, perhaps even messy from working in the garden or engaging in some other activity. It would have been interesting to see how the more casual image was judged, because I suspect that the “sloppy” version would have been subject to equally harsh criticism.

Critically, it’s also important to look at racial factors in evaluations of profile pictures as well, because these clearly play a role in how people interact with and conceptualize people on social media. What about a young black woman or a Latina teen? How would people respond to images of her on social media? She might well rate lower overall than a white teen no matter which pictures were used, and the judgments of her “sexy” picture could be much harsher, given social stereotypes about people of color and sexuality. The Jezebel stereotype, for example, has a profound impact on how people relate with black female sexuality, and the “spicy Latina” informs attitudes about Latina sexuality.

While this study looked at the way women relate to images of each other, what about men? How are boys and young men responding to profile images, and how does this factor into the presentations women and girls choose when selecting images for their social media accounts?

Clearly, sexualized images offer the opportunity for male attention, in addition to other intrinsic rewards—some women and girls may post them because they feel good, or they’re feeling confident about their bodies and want to take pride in them. A similar study examining male responses would be fascinating, as men can be just as judgmental about female appearance as women can, as evidenced by the recent sexting study showing that  male respondents thought young women who sexted were “sluts” and that they weren’t “classy.”

Girls judge other girls for expressing sexuality, and boys judge girls for expressing sexuality. But if you’re too dowdy, you’re ugly, plain, and uninteresting. How, exactly, are girls supposed to walk the razor-thin line between these extremes while maintaining self-worth and self-respect? For a group under immense pressure to perform for their peers, this issue becomes even more fraught, because girls know that the penalties for not doing it “right” can be severe—a single slip-up can turn into social ostracization.

This is a case where the outcome of a study reinforces what is commonly understood—and what is backed by other studies—but the methodology itself lacks thoroughness. A more expanded subject group is necessary to draw broad conclusions, and a larger sampling of hypothetical Facebook profiles is critical to have as well. There’s so much to be discovered in this particular area of research that this study seems woefully small, even if the size allowed for tight controls and the ability to more precisely identify the phenomena being uncovered.

Clearly, the way women and girls present themselves on social media has huge consequences. The study authors suggest that women and girls should select images that speak to their identities, such as pictures of them engaged in activities they like doing. But is that really the answer? While it might address bullying and judgmental attitudes in the short term, it doesn’t speak to the larger issue: Women and girls are being judged on how they look, not who they are.

That’s not something that will change by putting up photos of your whitewater rafting trip or your crochet circle. Moreover, women and girls shouldn’t have to feel like they can’t put up sexualized profile pictures of themselves, especially since expressions of sexuality can be so radical for so many—as, for example, fat women posting images of themselves to express pride and comfort in their bodies. For disabled people, fat people, and others with bodies that don’t fit within the norm, posting images of themselves that prove they are sexual can be cathartic and empowering, and that should be acknowledged and addressed.

Women and girls have heard that they need to hide their bodies from sight in order to avoid ruffling feathers for too long. Studies like this one identify a known issue, but they often fall short of the mark when suggesting resolutions: Why is the solution to sexism covering up and hiding women’s bodies? Why isn’t it fighting sexism?